“It’s a game I feel we left behind” – Sullivan 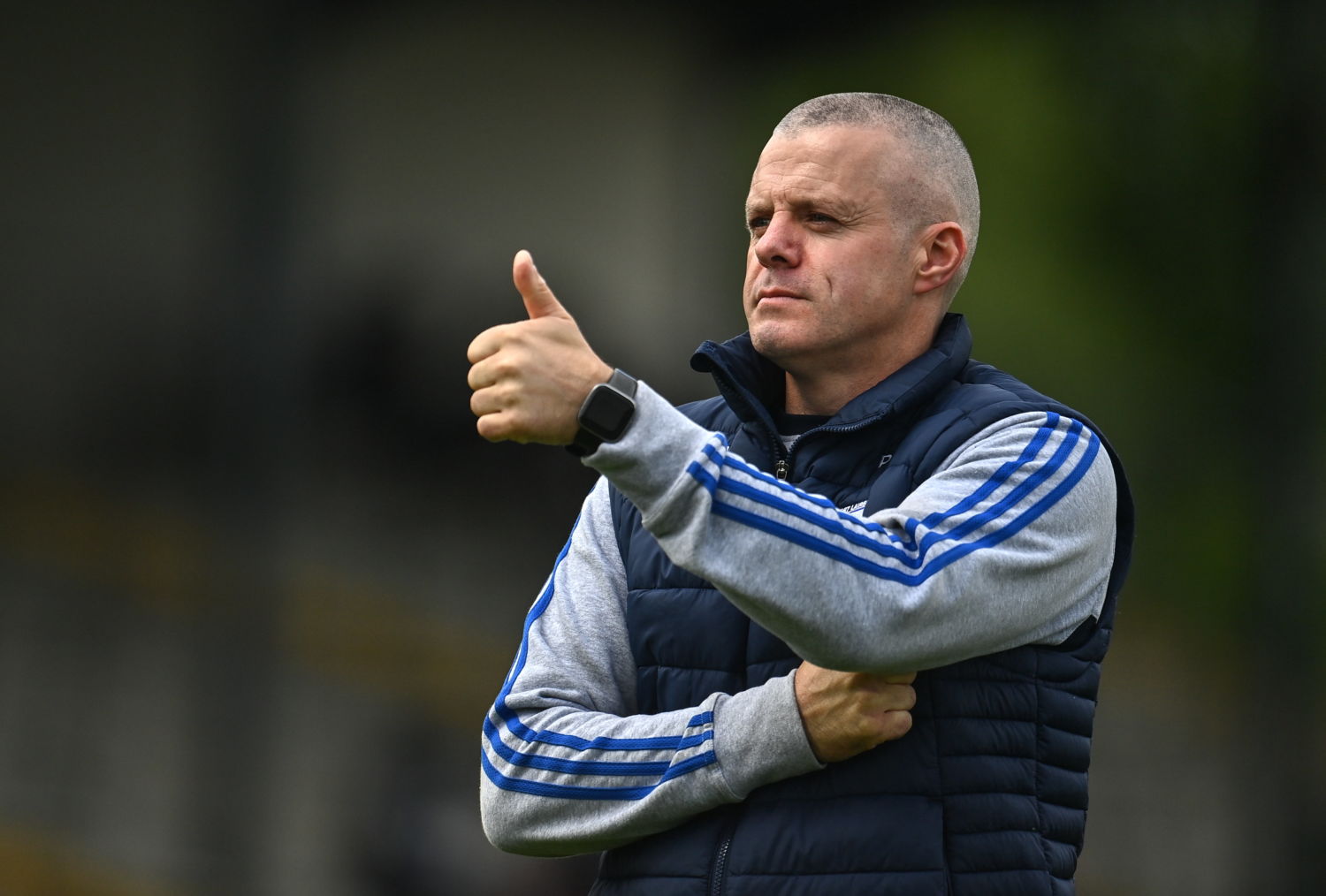 Waterford ladies manager Pat Sullivan agreed that Saturday’s two-point defeat to Donegal was one that got away. The Déise left 1-2 behind from dead balls in the second half.
“Most definitely. Tactically we came with a plan to unhatch what they had and their strengths, especially in their forward line. It worked a treat. We were in a great place at half time. For the neutral watching, it probably wasn’t the most stylish game. It was irrelevant for where we wanted to be and we were there. We got a great opportunity in the second half with the penalty and just didn’t take that chance. They moved out to 8-2 which we had to go and fight. In the last three or four minutes, there was only one team going to win it. We just didn’t take our chances. It was a game that we owned the ball for a lot of time. We turned them over in vital positions and we caused them havoc when we went forward at pace. Look, at senior level, you’ve got to take the chances. It’s a game I feel we left behind.”

‘DONEGAL WERE MORE CLINICAL’
Those missed chances proved costly in a tight game. “When you finish with a two-point loss, you always look back at that. There were other chances in the first half when we had chances over the top, one or two goal chances that we didn’t take. Donegal were more clinical in the second half, they were able to shoot from distance as well and get a couple of points. Overall, with the disappointment hat off, I’m absolutely thrilled with what the players did and the performance they put in. How we’ve improved in the last three weeks versus Fraher Field against Cork. The experts will tell you that Donegal are in the top four or top five. We’re going home very disappointed because we know we should have turned them over. It was a massive opportunity for us to move on to an All*Ireland quarter final.”
Players and management gathered in a huddle in front of the scoreboard before they went back to the dressing room. “The most important thing now is to focus on what we did today and focus on the improvements we can get out of today. We have to go into the Cork game with massive belief. We’ve one more chance to get to the quarter final. That’s one game we’re going to give everything for. I strongly believe that the girls will improve again. Three weeks ago, we didn’t see the Waterford we see in training every day. I think we saw 80 per cent of that today in the performance here. There’s more in them and we just need to get that out against Cork.”

BIG CALLS
Sullivan made a big call before throw in as Katie O’Hanlon, who was listed as number 29 on the programme, got her senior debut between the posts. “I was very happy with her. There was a strong wind in the second half and it was hard with the kickouts against that wind. It never fazed her one bit. Super in the first half with her kickouts and there was a point she put over the bar that could have went under the bar very easily, she pawed it over, a great save. She’ll improve again from today. She’s a big asset to have, a tall girl in the goal, we’re very lucky to have her.” 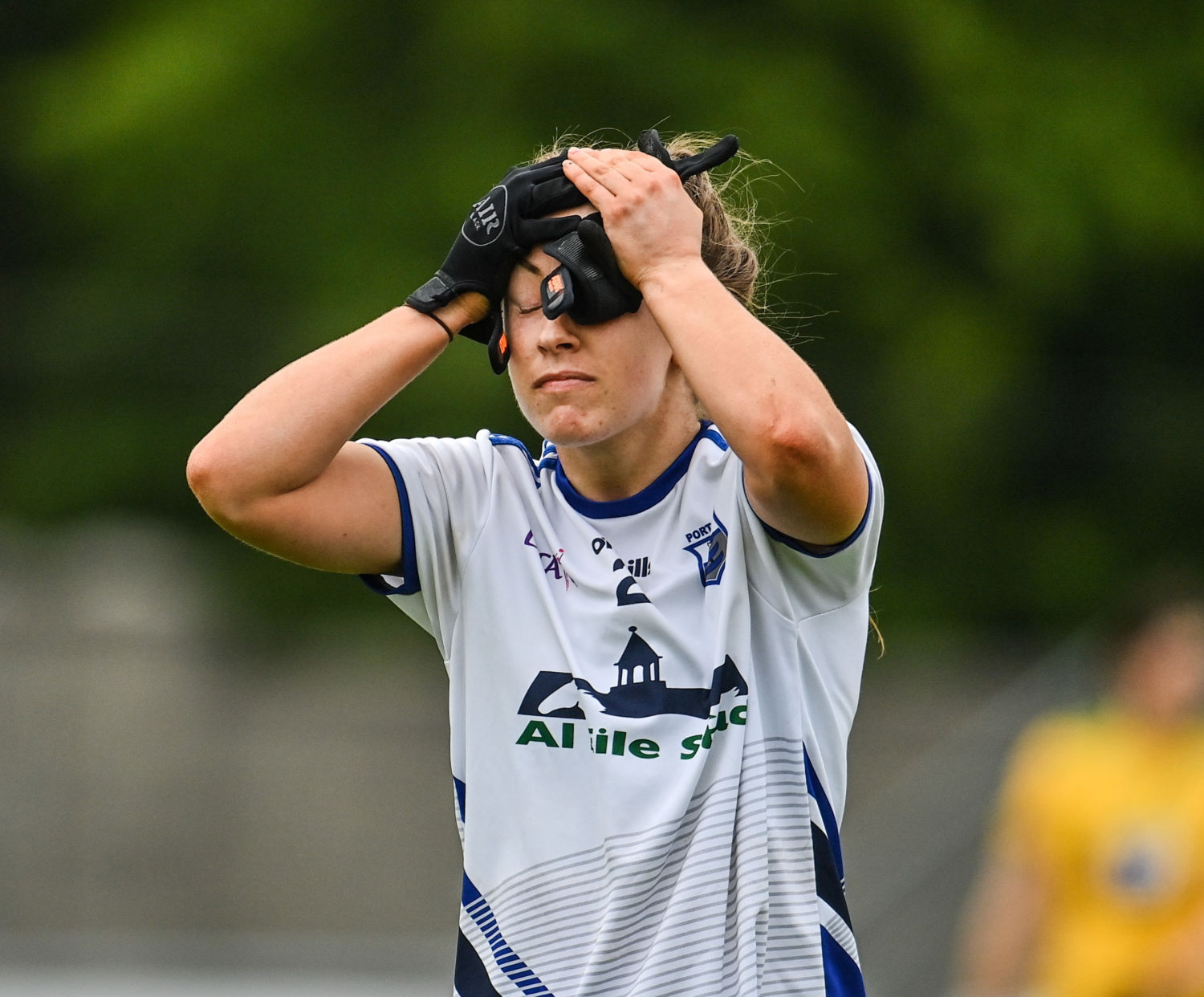 A dejected Rebecca Casey of Waterford after her side’s defeat to Donegal on Saturday.