Jack O’Donoghue is Munster Player of the Year 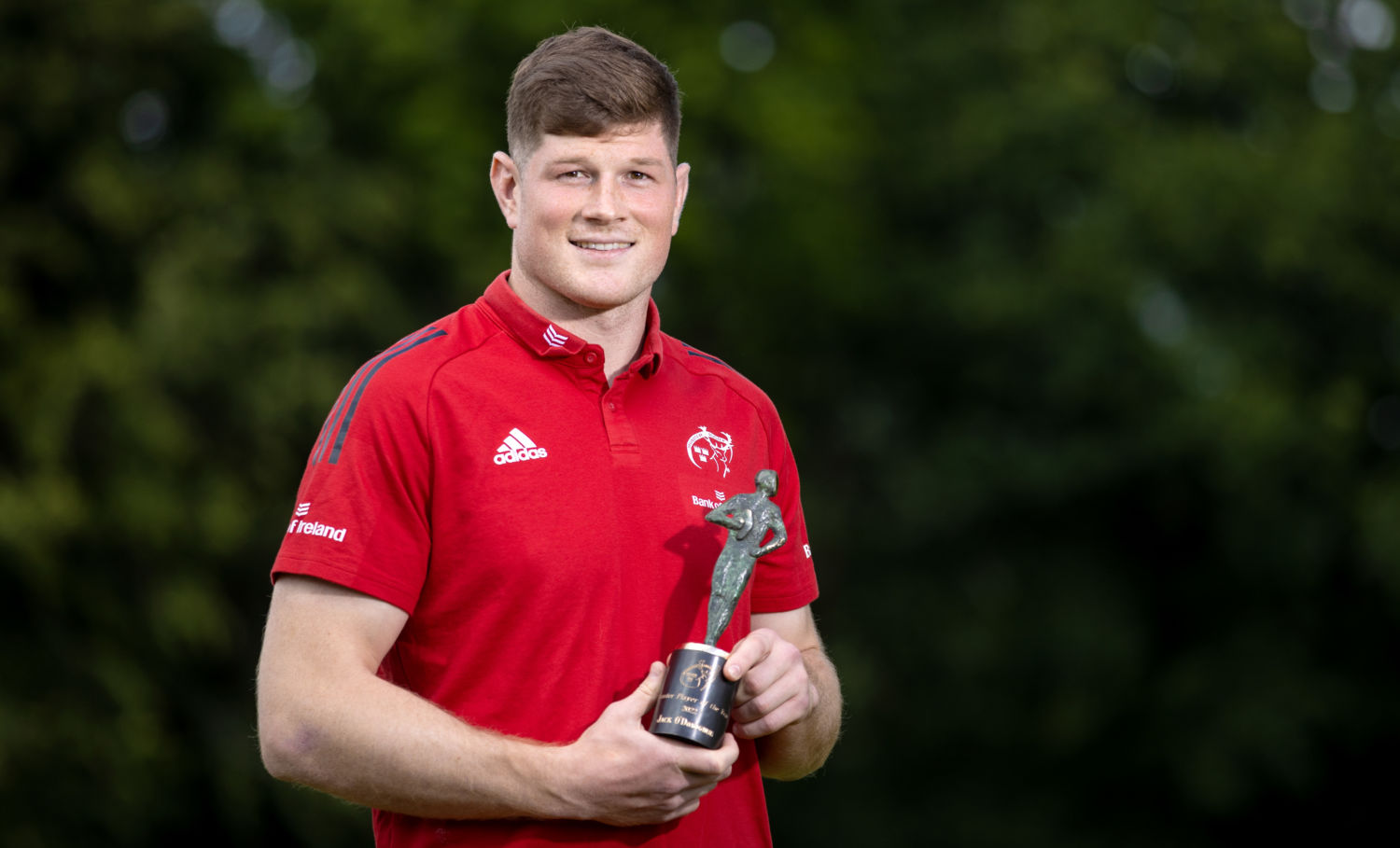 It was definitely a day of mixed emotions for Woodstown’s Jack O’Donoghue.

At the Bank of Ireland Munster Rugby Awards he was named as Men’s Player of the Year but today also he was left out of Andy Farrell’s 40-man Irish squad for next month’s tour of New Zealand.

The Munster website wrote, “The standout performer for Munster this season, Jack O’Donoghue (pictured above with his award) featured in 23 of Munster’s 26 games and clocked up more minutes on the field than any other player (1,638). His game has gone up another level this year with O’Donoghue captaining Munster on 12 occasions, winning two player of the match awards, and ending the campaign as joint top try-scorer with nine tries – seven in the URC and two in the Champions Cup.

“The Waterford man, who won the Academy Player of the Year award in 2015, has played across the back row and no matter the position, has been one of the side’s top performers week in, week out. His all-action displays saw Jack included in the initial longlist for European Player of the Year after the Pool stages. This season has seen the Waterpark and UL Bohemian man become the youngest ever player to reach the 150-cap landmark for Munster and he has deservedly been named Men’s Player of the Year.”

Hard to argue with any of that. Jack has been brilliant for his province this season and while many were surprised that he didn’t get any call during the Six Nations, I think most people thought that he’d definitely be on the plane to New Zealand. When asked bout the decision to omit the Waterford man from his squad, Andy Farrell replied, “He’s in a very competitive position… I don’t think you could complain about any of those selected.”

Jack wasn’t the only Waterford winner at the Munster Awards, the Club Youth Section of the Year was won by Dungarvan RFC.
“Dungarvan RFC epitomise all that is good about youth rugby in Munster. They put a huge effort into increasing their playing numbers and continue to compete across both regional and provincial competitions. This summer they will once again be a host venue for the Bank of Ireland Summer Camps helping to grow the numbers in the eastern region of the province. Dungarvan RFC continue to demonstrate huge commitment to their coaches and players and are the embodiment of the values and ethos that are core to the Munster Rugby family.” Well done to all involved.

The rest of the Munster Rugby Award winners were: