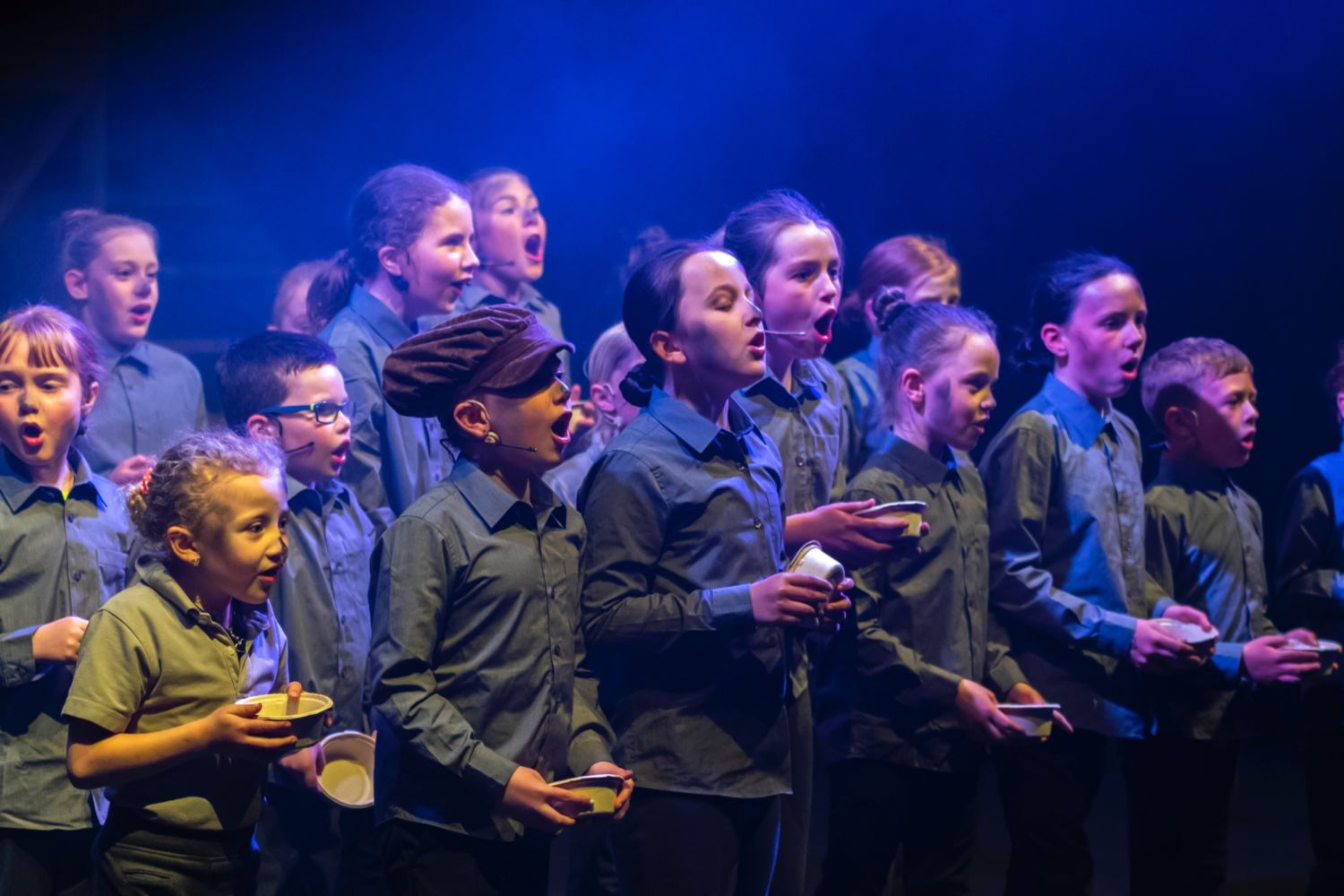 Soul Arts have assembled a good team here with experienced technical backup. Front of house manager Mary Dower Cunningham runs a sleek and polished team at front of house. Dirk Baumann is a seasoned sound and lighting man and costumes for the main actors come from Nomac Productions.

‘The clever use of the Garter Lane stage enables all the big-cast, big-sing numbers to move and fill the stage’

Director / choreographer Jack Cunningham, musical director Emma Walsh and co-director Lisa Kearney make up a fine production team and their firm direction and pace keeps the show moving along. Richie Cunningham’s set design of a flat rear two-tier construction makes the maximum use of the Garter Lane stage and Jack’s use of stairwell and entries and exits extends the performance right out into the auditorium.

There are variations in casting for Thursday night’s performance because of the number of students enrolled in the school. Alanna Geraghty is a feisty and loveable Oliver; Erin Quinn the most mischievous of Fagans; Millie Sloan is warm and sensitive as Nancy, as is her sidekick Emily Dalton as Beth; Bríanán Cornwell is suitably intimidating as the villain Bill Sykes; Jack Dower and Chloe Byrne make up a detestable pair of workhouse operators, who delight in inflicting misery on the young orphans.

Layla Rachel Caulfield, Rachel Power, Katie Penkert and Orlaith Fanning make up the Brownlow, Bedwin and Sowerberry toffs. As always in Oliver, Dodger just steals the show and Holly Coogan is the most engaging, devious and loveable of teenage rogues.

The clever use of the Garter Lane stage enables all the big-cast, big-sing numbers to move and fill the stage, along with introducing some very young cast members to perform on the front apron with a choreographer to remind them of the moves. “Consider Yourself… Pick a pocket or two… It’s a fine life… I’d do anything… Be back soon… Oom Pah Pah” … are all full of knees-up, thigh-slapping energy that makes Oliver so enjoyable.

A good night from Jack Cunningham Productions in Garter Lane and the promise of more to come from this young cast.