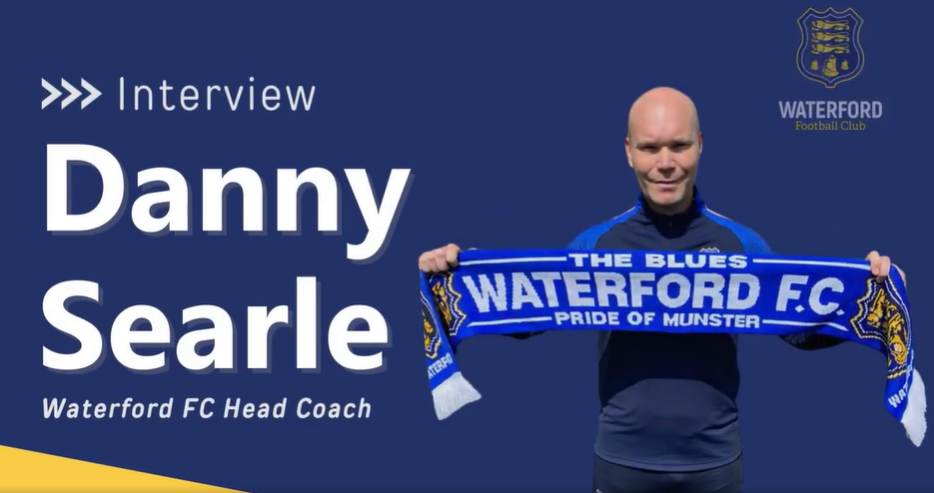 As we reported on Tuesday afternoon, Waterford FC have a new Head Coach with Danny Searle joining the club to work alongside Gary Hunt and David Breen who have done a tremendous job in getting the Blues back to winning ways over the last six games, following the departure of Ian Morris.

In his first interview with the Club TV, he has spoken about his ambitions with the club, his style of play and the social media talk that Hunt and Breen should have been given the job on a full-time basis.

Here’s what he had to say…

We caught up with new Head Coach Danny Searle to hear about his plans for the Blues, the coming weeks, coaching staff and ambitions.

Check out our Facebook page for the extended interview.#WaterfordFC pic.twitter.com/XeSNY7s2IB

Or watch the extended version of his first Blues’ interview here…..