Pride of the Déise making its mark 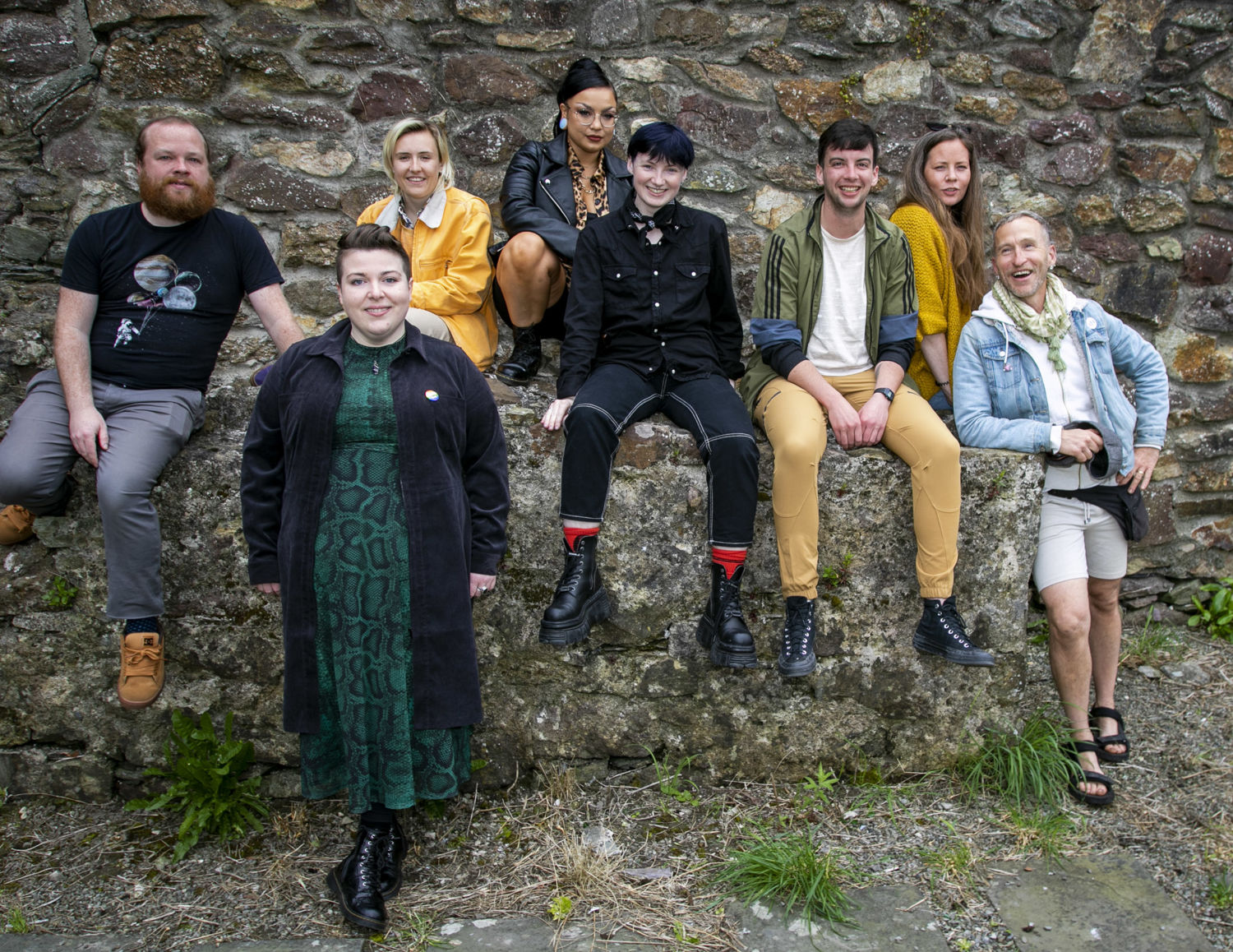 The 2022 Pride of the Déise Adult Commitee, as pictured by Staff Photographer Joe Evans.

MAY 11, 2022: The sun was beaming through the high windows of Number 5, O’Connell Street, illuminating an already brightly painted room in the highest building within Waterford’s Cultural Quarter.

Gathered around three coalesced tables, Pride of the Déise Chair Cam Lyttle and his fellow committee members were as welcoming as the afternoon sunshine and the prevailing mood while we spoke was both positive and assertive.

“For years, many of us had to venture to a lot of the bigger cities since there wasn’t something on here. And when you’re young and impressionable, that created a sense that well, yeah you can be yourself, but you have to be yourself elsewhere. And now we have a full Pride of the Déise weekend here in Waterford and that’s fantastic. We really needed it here, especially for the younger generation so having Pride the way we do now, on our own doorstep is incredibly positive. It’s a clear message that they are wanted here, that they are needed here and that they are valuable to this community.”

Sasha continued: “But that was what we had to do, to get on a bus and go to Dublin, Cork and Limerick. But that doesn’t apply anymore, which is obviously the way things should be.”

Cam told me: “But even in the context of what’s happened in the past year, with the (Pride) flags being burned and those stickers going up, on two levels – being in your home and having that happen – is quite a negative experience and it also gave a negative impression of Waterford as well. So we want to be able to stand up not only for ourselves and our community but also for the city.”

The flag burning sent a shockwave of revulsion throughout Waterford last summer, with Sasha adding: “I don’t think Waterford had the self-awareness it needed to have to realise that homophobia is rampant in Waterford, it is here, we experience it almost daily. And yes, we are somewhat of a progressive city and because of that we often forget that there is still an ugliness out there, and sometimes that can be somewhat forgotten. I’m not originally from Waterford (hailing from New Ross) and the reason I love Waterford is because there’s such goodness in the heart of it. At its core, it’s welcoming. It’s home and that re-iterates the need for an event like this.” 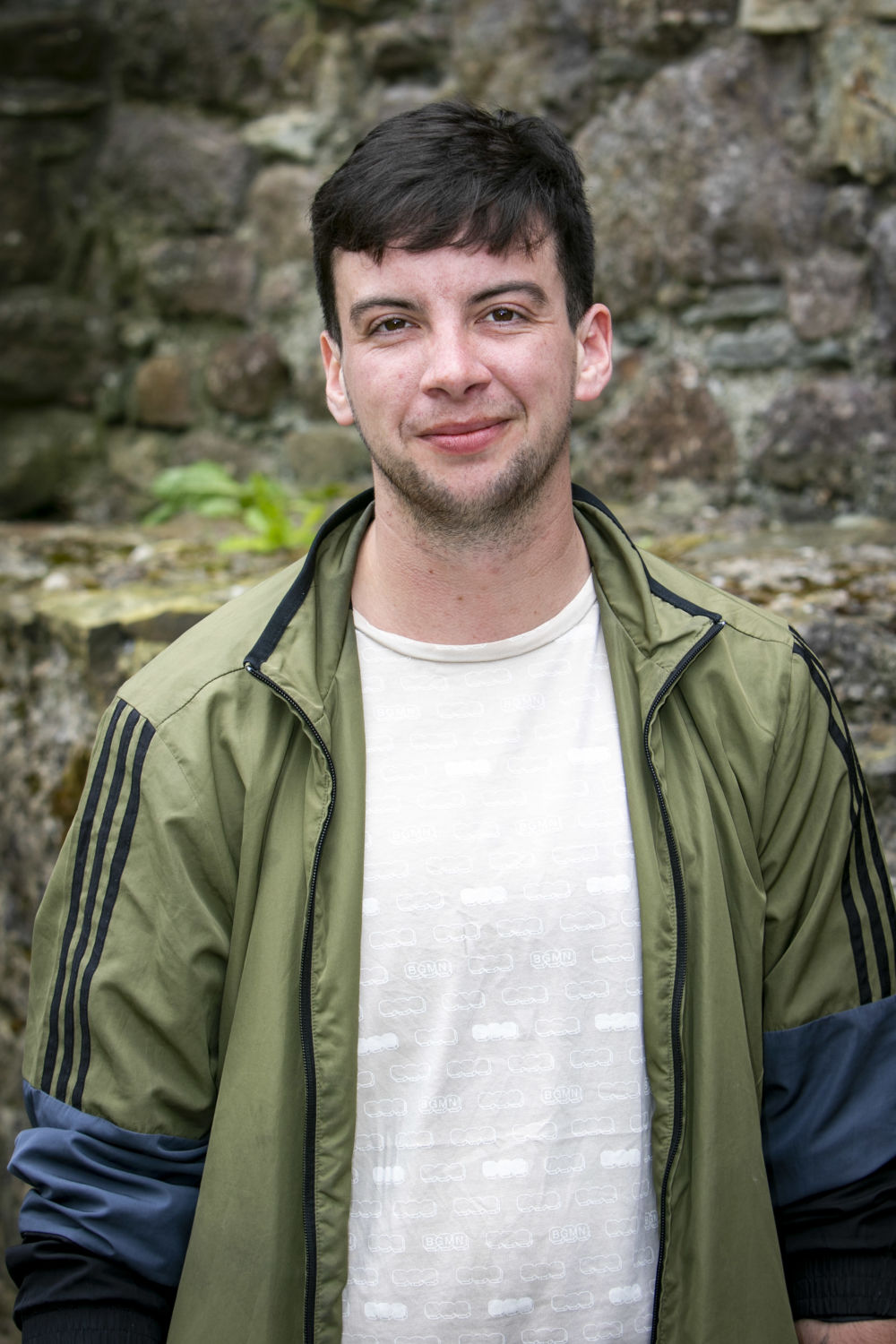 Cam Lyttle has been involved with Pride of the Déise “since day one”. Photo: Joe Evans

This is Pride of the Déise’s third year in operation and Cam has been involved since day one, having spent the past eight or so years working with Waterford’s LGBT community.

“It’s always been a joy to do things in the city and I’m really looking forward to being able to share that sense of joy with the community locally and to share what we have to offer on a national stage as well,” he said.

“To be back in person after the past two years is so exciting and to get to use the spaces in Waterford again such as the Cultural Quarter and Viking Triangle, is incredibly welcome. And working with the many other organisations here in the city, along with so many businesses, is a real privilege.”

Cúan Cusack works for both WLRfm and Beat 102-103 at Ardkeen’s Broadcast Centre and is looking after graphic design and PR for Pride ’22 in Waterford. “This is my first year on the committee but I have done some organising prior to this in Waterford and being from Clonea Power, I’m all about Rural Pride of the Déise, of course! I just wanted to get involved in real person, face to face stuff so to have the festival back in all its glory is very satisfying.”

Kat Cordeux is a Community Development Worker with LINC, the organisation which advocates for Lesbian and Bisexual Women in Ireland. A visual artist, Kat has been involved with LINC’s Waterford group since January and this is also Kat’s first year on the Waterford Pride Committee.

“It’s great to be a part of this committee and to ensure LINC also has a voice within it. We’ve been running creative workshops in the lead-up to Pride, including body positivity self-love self-portraits and spoken word and other creative outlets, including stand-up comedy, drama, movement and costume making and several of these overlap with the Pride workshops.”

Richard ‘Lippy’ Collins, a well-known face on O’Connell Street and the Waterford arts scene, is a technician at Garter Lane Arts Centre and also works as a light designer. “This is my second year on the committee and, like everyone else sitting around this table, being involved like this is my way of contributing and giving something back to the community. I’ve been liaising with Garter Lane, GOMA, EveryEvent and Spraoi to get workshop spaces and help get our event plan together for the weekend. It’s all coming together very well, I’m happy to report!”

Wayne Power, well-known to Waterford News & Star readers, is Project Managing this very publication. “I’ve been gathering as much material as I can muster to put between the front and back covers and that’s gone pretty well for me,” said Wayne. “Outside of that, I’m a poet and writer and a lot of what I’ve been writing about recently has had a considerable LGBTI+ theme. This is also my first year involved in anything like this and I’m really enjoying it, especially as I’ve been writing so much within this theme lately. It came to a point for me where I really wanted to get involved and it’s been a completely positive experience.”

Sasha commented: “I think we all feel compelled to be a part of our community and not just the (LGBTIQA+) community but the Waterford community; that’s a priority for all of us in some way, shape or form whether it’s through outreach work or we just simply know the importance of having a community that’s behind you and supports you. There have been events, as we all know by now, which deeply impacted on the community in a negative way and I think it’s about time that, as a city and county, as many of us as possible join in on the celebration while also using the weekend to raise awareness for the issues that are faced on a daily basis within the LGBTIQA+ community; issues that I can’t even explain because each of them, on an individual basis, are not all issues that I myself can speak on. Pride of the Déise showcases the intersectionality of the community given how many stories there are to share. Together, we’re given this umbrella term but yet we all have different experiences and we’ve all had to navigate our way through our own lives and our individual experiences of society. But to be together as we are through Pride is very special and that means a lot to us all.”

Cam added: “It is important for us to be able to platform people within the local community, within the city and county and to have somewhere to come together and to have somewhere they can stand up and speak for themselves, so not that we could prescribe anything on people but that we would create a space and give a space. That, for me, for us, I feel, is the essence of Pride.”

Thanks to Cam Lyttle, Cúan Cusack, Kat Cordeux, Richard ‘Lippy’ Collins, Sasha Terfous and Wayne Power – this piece ran in our Pride of the Deise Supplement which featured in our May 31 print edition 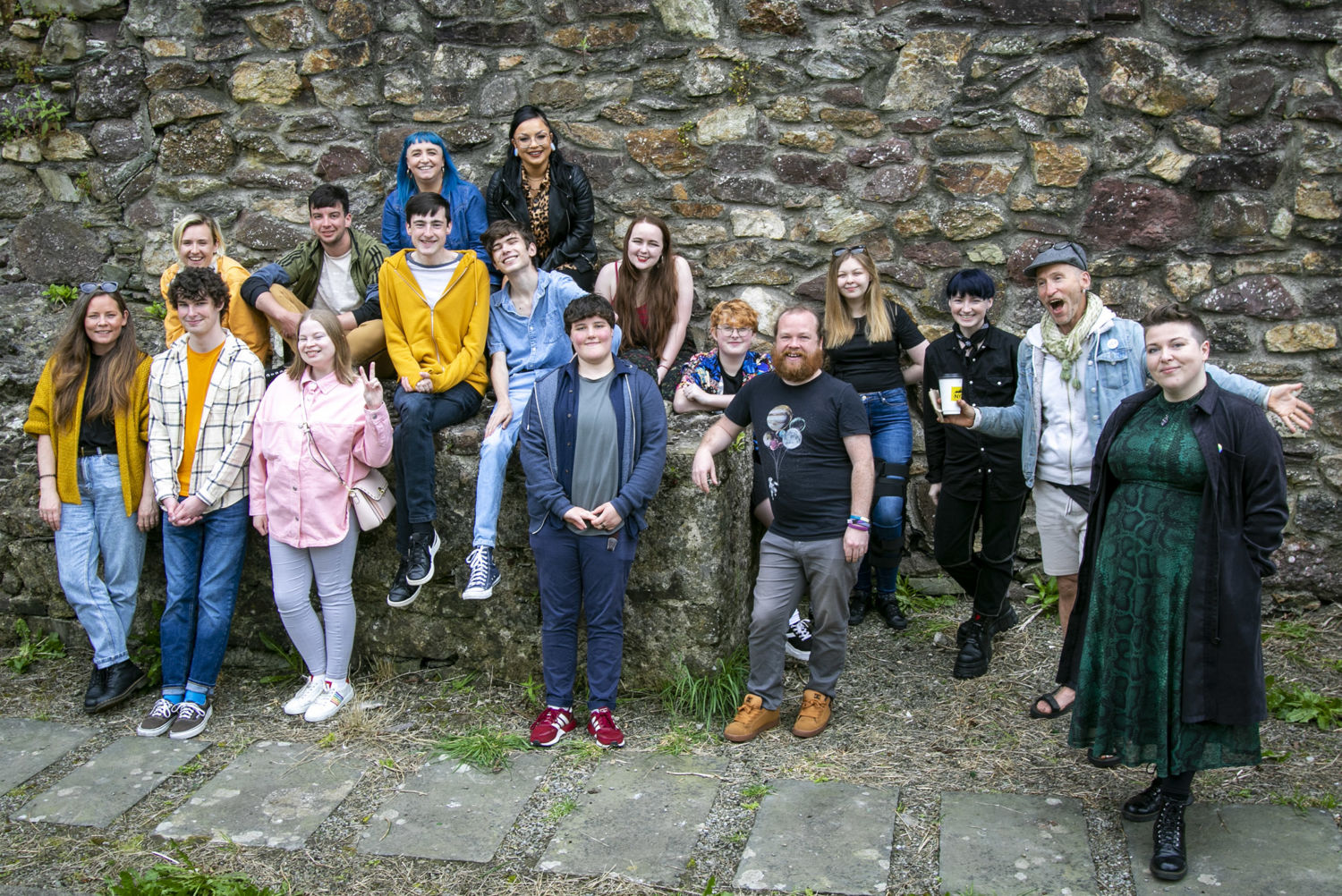