The Big Interview: Garvan Cummins on life as The Greenway Man 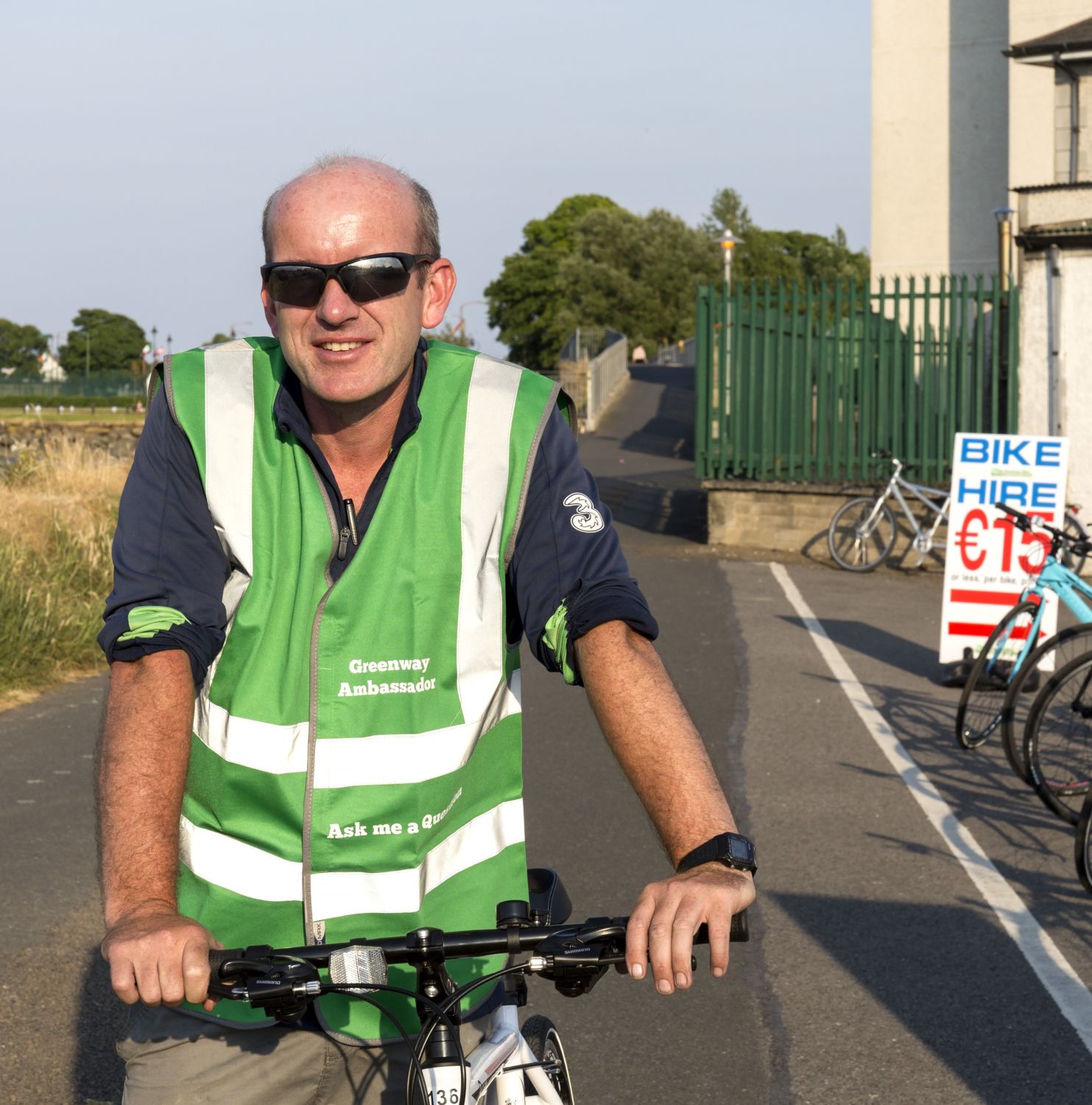 Garvan Cummins has flown the greenway flag in Waterford far longer than many who are now happily on board with it. Photo: John Foley

THE delivery of Waterford Greenway, the jewel in our county’s tourism crown, was far from smooth prior to its 2017 opening. Anything but.

As this newspaper reported in February 2014, new Council Chief Executive Michael Walsh felt he had to publicly state that the completed 46-kilometre cycle route would “far outweigh the negatives”.

From the Council floor, there had been talk of “bulldozing” locals about the project, with a lot worse than that declared at the time, as Garvan Cummins – ‘The Greenway Man’ – reminded me.

“Houses would be burned down, dogs would carry disease, bovine disease would be spread along the line, properties would be robbed, the elderly would be terrorised in their homes, that’s what we were listening to,” he stated. “It was going to be a monstrosity!”

Speaking to me while dealing with clients at Dungarvan’s Park Hotel, Garvan said: “About nine or 10 years ago, I set up the Déise Greenway group, which campaigned for the delivery of the greenway in the face of a lot of opposition.

“At the time, the then County Manager, as far as I was concerned, wasn’t exactly bowled over with enthusiasm for the project but here we are in 2022 and now everyone is taking credit for it, which, needless to say, I find more than a little amusing.”

Garvan continued: “I remember myself and Mick Kett going into the County Manager’s office and I really felt like there was no genuine interest on his behalf and that we were just two clowns going into him. He suggested that the two of us should hold an open meeting out in Kilmac and that we ourselves should address it. We’d have been up there like two fools with all these volatile objectors in a hall, while the professionals would have stayed in their Council offices well clear of the flak.”

‘We felt we had to win the support of the people of Waterford; there was no point going to Dublin about this. And we did. Common sense won out’

Garvan recalls then Cllr Tom Higgins (FG), an early greenway supporter, attending a meeting at Crotty’s in Lemybrien between 10 and 15 years ago, which had been organised by objectors to the proposal.

“He said to his wife that they’d better sit down the back because the crowd looked a little volatile so a quick escape might be necessary which is humorous on one level and not so much on another. There really was a classically Irish reaction to the greenway in that if our neighbour was against it, then we can’t be seen to support it. The amount of businesses who were against it, when you consider what it has done for Dungarvan since, they must all feel pretty foolish now. A lot of the voices we needed then weren’t on board while we were campaigning for it but we never compromised our integrity when we were campaigning. A lot of people have said to me that it was the intervention of the Déise Greenway group that swung it after five years had passed since

in the injunction in 2013 when the whole thing was going nowhere. We felt we had to win the support of the people of Waterford; there was no point going to Dublin about this. And we did. Common sense won out.”

Garvan runs as he sees it, one of the smaller bike hire operations on the greenway. “I wouldn’t have a big internet presence,” he stressed. Come 2019, with the business struggling, he sold off half his bikes and when the pandemic made its unwelcome arrival, he felt he should have sold off the other half.

“But when we were allowed to open in July/August 2020, I had the most intensive summer, then the same thing happened the following summer and carried on right into last September and things were absolutely superb. In many ways, oddly enough, restrictions saved the business, whereas now things are pretty much back to normal and business is stretched out over the whole year. Things are quiet enough right now and we’ll see what the next few months will be like but look, I’m still here. Over the years, I’ve been more inclined to promote the greenway rather than my own business, to be honest.”

A qualified teacher and local historian whose knowledge of the old Dungarvan-Waterford railway line has proven a welcome ally, Garvan is the only local bike operator with a tandem and a trike among his stock.

“I’ve always had the best business ethics on the greenway!” he declares. “I buy all my bikes and equipment and servicing locally. I’ve the longest opening hours. I’m the only bike hire on the greenway who offers tours. I’ve made several TV appearances promoting the greenway, I’ve linked the greenway to the Camino De Santiago (in Spain) through the stamp book and I’ve travelled around the country on a regular basis giving talks about greenways to campaign groups, elected representatives and so on. I should have a queue outside my door based on all of this but I don’t. But look, I’m soldiering on nonetheless.”

The development of the Waterford Greenway brand, in double quick time, has been astonishing.

“Sometimes it can take a business 50 to 100 years to develop what’s been achieved with Waterford Greenway in the space of a few years. You go to Dublin and people talk about ‘the Greenway’ and they’re talking about Waterford; we’re seen as the greenway of Ireland and that really is incredible. So to have played any part in that is something to be hugely proud of.

“And then you think about all the people in Waterford who said it would never work – and now practically every county wants a greenway. In saying that, it’s very, very hard to replicate what we have here in Waterford. It’s so spectacular.” 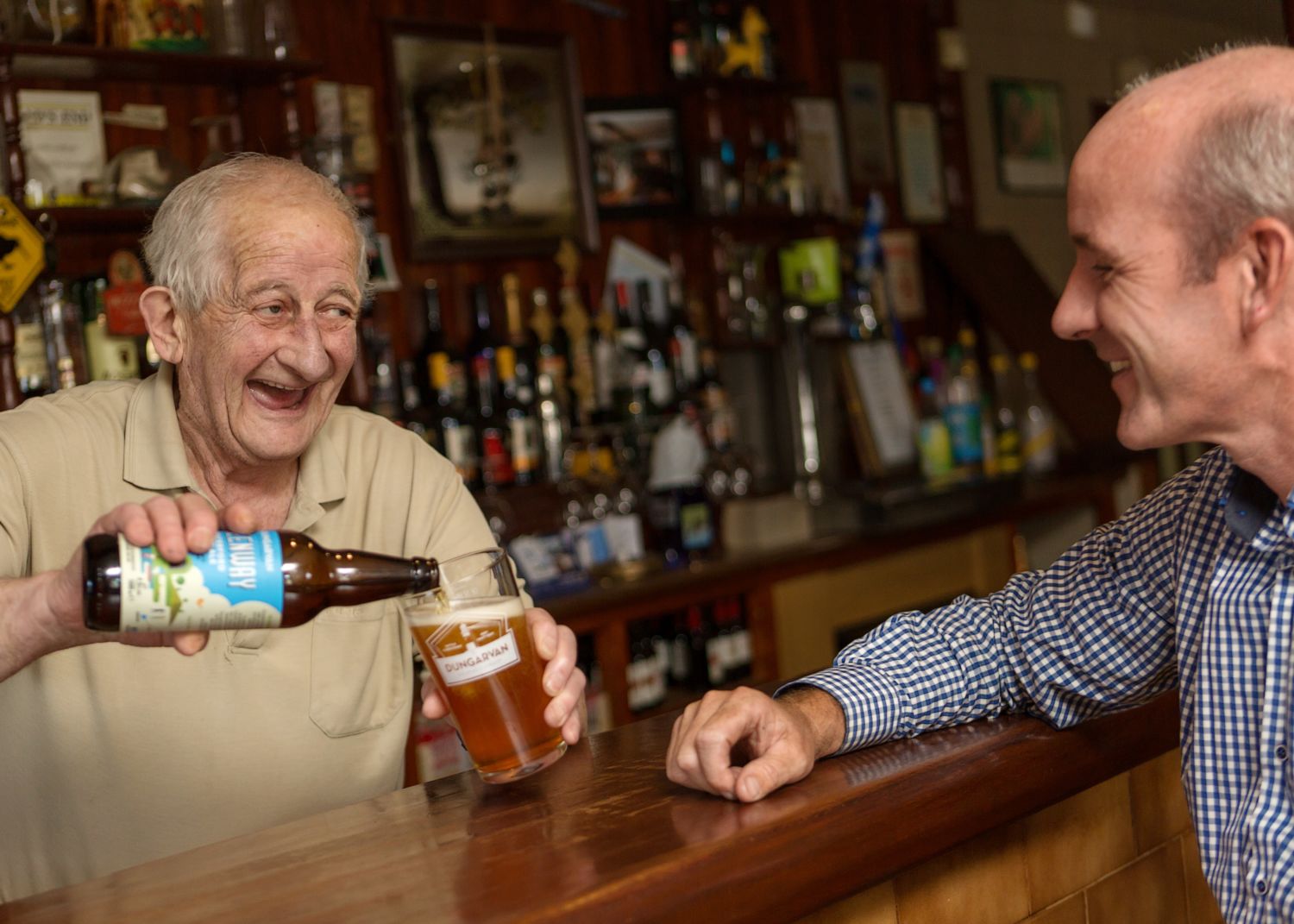 Garvan pictured with the sadly missed Tom O’Mahoney at the pub/shop in Durrow, one of Waterford Greenway’s many gems. Photo: Karen Dempsey

Protest over cost of living to take place outside Stormont