A proud Deise woman and the “Queen of Camden Town” 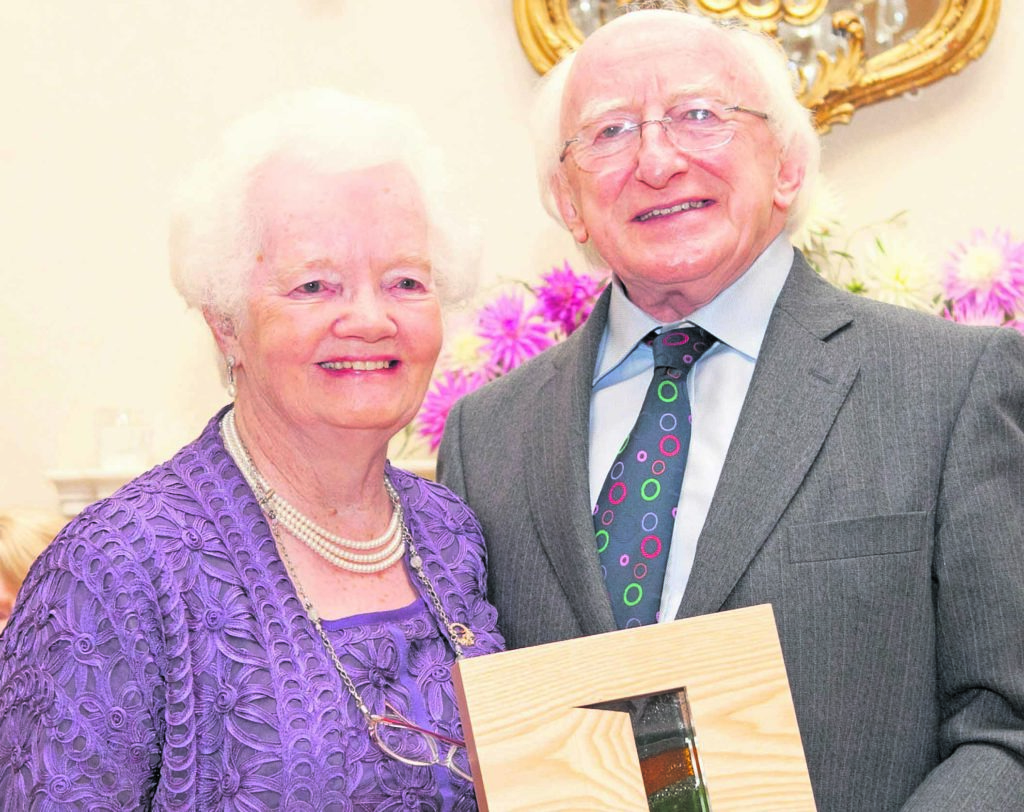 IT is with great sadness but tremendous respect that we record the death of well known London-Irish community figure, Mary Allen who passed away on June 2. Born in Kilmeaden on May 13, 1930, Mary emigrated to England at the age of 18, in May 1948 to child-mind for Commander Studdert’s family. She lived in bath initially but then moved to Sussex with the Studdert family before moving and settling in London. She started her working life the day after she arrived in England and worked tirelessly until she was 75.

Mary married her childhood sweetheart Billy (originally from Dunhill) in 1950. When Mary was in the UK, in the early years, she told Mrs Studdert that she wanted to go home as she missed her beloved Billy. At that time, President of Ireland Eamon DeValera was not allowing any agriculture workers out of Ireland, so Commander Studdert wrote to the local Garda station requesting they allow Billy to come over for a two week holiday. They allowed it, and the rest is history.

Mary had many interesting jobs during her time in England, including as a housekeeper to Jean Pierre Alban, a ballet dancer from the London Festival Ballet (now called Royal Festival of Ballet) She worked for Mr Alban through the sixties and early seventies until his death. Mary used to tell her children that these were “incredible, exciting times” where she met many famous dancers including the original cast of West Side Story and many more. The only one she didn’t meet, she said, was Nureyev. 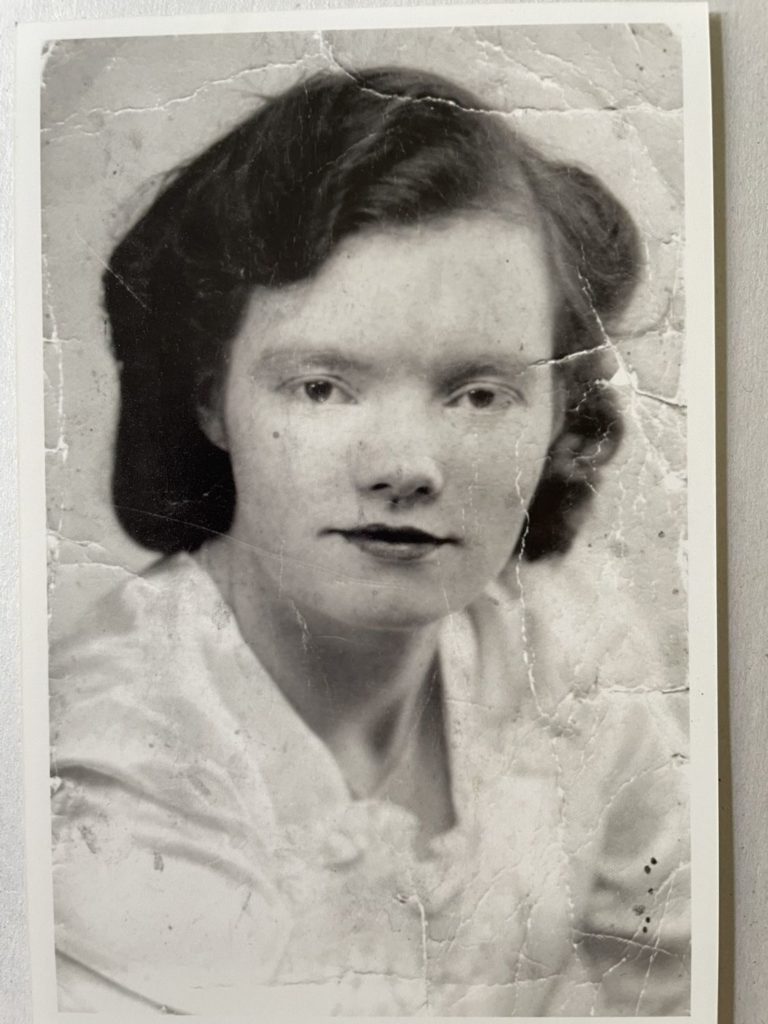 Mary as a young woman, not long arrived in England

Mary served the London-Irish community for 60+ years through her work as a member of both the Waterford Association and the Council of Irish Counties Association, of which she is Life President. Both organisations, with Mary’s support, have raised thousands of pounds over the years to help vulnerable Irish people and others in need. She is known for her tireless work representing Waterford and Ireland in the UK and has been instrumental in organising the London St Patrick’s Day Parade and London Irish Festival over many years. In 2014, Mary was awarded the Presidential Distinguished Service Award under the category ‘Irish Community Support’ by President Michael D Higgins at a special ceremony at Áras an Uachtaráin. Speaking at the event, Mary talked about her fundraising efforts saying “You just do it,” she said. “You don’t even think about it and you don’t think you’ll get a reward for it. I’ve really enjoyed being involved.”

Speaking to the Irish Post on the occasion of her 90th birthday in 2020, Mary talked about the period leading up to her moving to England’s buzzing capital.

“It came to 1950 I got a little bit fed-up of country life. I was brought up in the country and I think I had had enough,” Mary said. “A friend of mine asked me if I would like to go up to London and help in a hotel that she was working in. I said, ‘Yeah why not?’ So I came to London and came to Camden and that’s where I stayed.”

Mary paid tribute to the contribution of the Irish who arrived in London at that time.

“The men that came back from the war, the ones that were lucky enough to get back, were not capable of doing anything. They had seen too much and they were traumatised,” she said. “The influx of Irish men and women came to London and Irish men built London with blood, sweat and tears. There was no health and safety, they moved boulders with picks and shovels. The Irish girls went to work in the hotels and hospitals, some of them trained as nurses.”

On the occasion of her 90th Birthday, in 2020 Mary was to have a big event in London to celebrate the milestone but covid spoilt the party and celebrated in isolation instead.

Nonetheless, the Council of Irish County Associations (C.I.C.A) London paid tribute to Mary and extended their warm wishes on her special occasion.
John Giltenan, current Hon Secretary of C.I.C.A London, said: “Mary has been a great community worker here in London for over 70 years and has been involved with our organisation where she has held the positions of Hon Secretary and Chairperson. Mary performed the duties of Secretary of the London Festival from 1979 which was successfully held in Roundwood Park in London and raised great funds for charity and the Irish community. Her involvement in the London Irish Centre extends for many years, being a member of the Admin Committee, before continuing on to serve as Trustee in the London Irish Centre and an active member of the Irish Centre Lunch Club & Day Centre.”

Following her passing this month, a number of people paid tribute to Mary including former Irish Ambassador to the US, Dan Mulhall who called her a “stalwart of the Irish community in London and a proud Waterford woman”.

“Greta and I mourn the passing of Mary, who was a dear friend during our time in London,” Dan said.

The London Irish Centre issued a statement after Mary’s passing, saying that she was a “central and much loved figure at the Centre”.

“A proud Waterford woman but also a Queen of Camden Town,” the statement said. “Mary was a warm, funny, sharp force of nature. As a fundraiser, trustee, friend and honorary life member, her positive influence is built into the centre. We will never forget her contribution nor her wild spirit and infectious laugh.”

Mary will be deeply missed by her three daughters, Jackie, Anne and Maria. She is predeceased by her son Billy who sadly passed of cancer seventeen years ago. Her beloved husband Bill who had Alzheimer’s, passed two years later.

Mary’s funeral will be held on June 29 with her cortège leaving The London Irish Centre around 11.30am with Funeral Mass at 12 noon in Our Lady Help of Christians Church, Lady Margaret Road, Kentish Town, London, NW5 2XT. She will then be moved to her final resting place at St Pancras and Islington Cemetery, High Road, East Finchley, N2. A celebration of Mary’s life will follow at The London Irish Centre, The McNamara Hall, 50-52 Camden Square, London.

May she rest in peace.