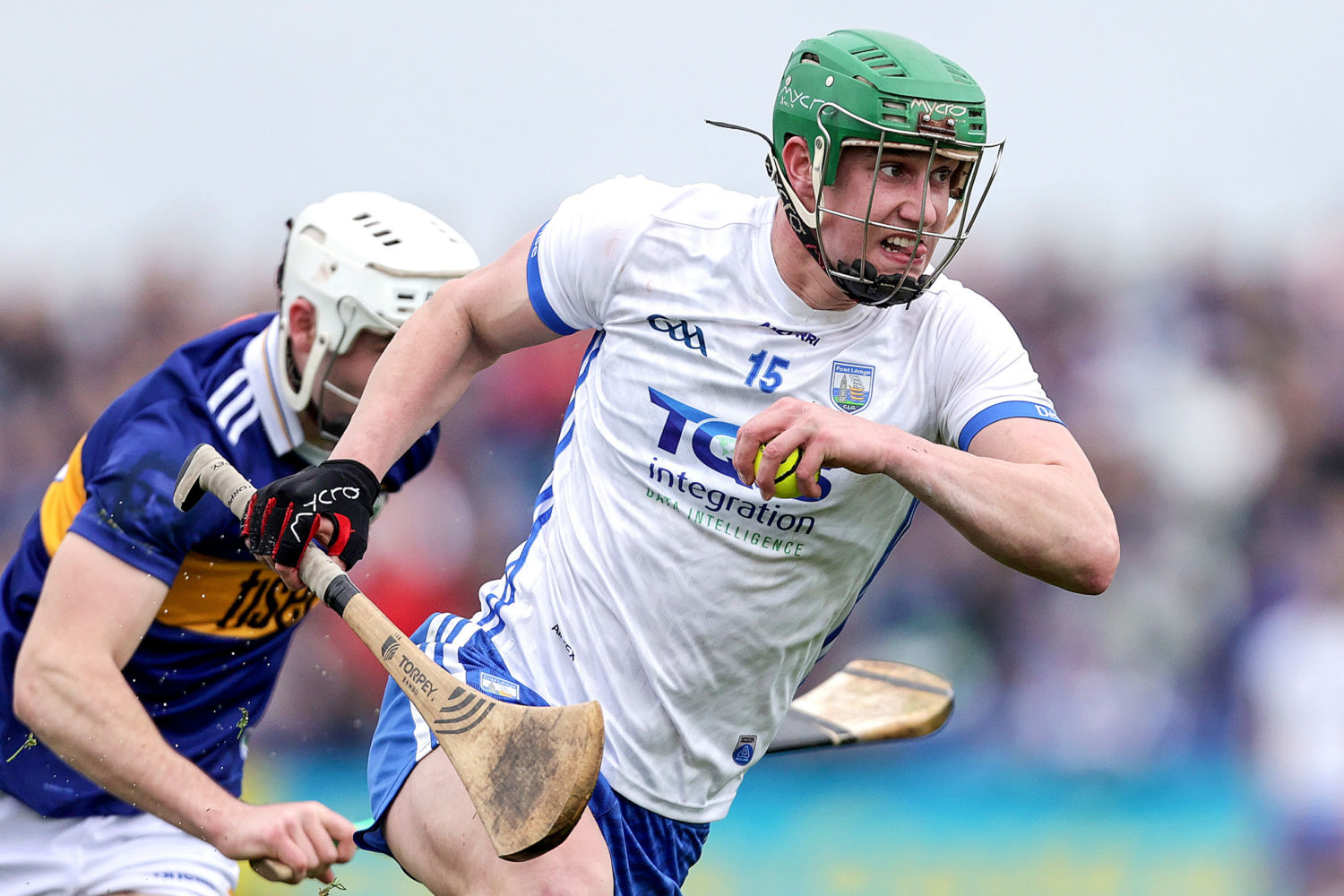 Abbeyside’s Michael Kiely is one of several Waterford players who are currently in action in the USA. Photo: Inpho.

Waterford hurlers Michael Kiely (Abbeyside), Carthach Daly (Lismore), Billy Power (Clonea) and Cian Wadding (Roanmore) are showing off their talents in Boston this summer.
The Déise’s early exit from the Munster championship has given them the opportunity to travel to the States.
Kiely and Power are lining out for the Galway hurling club while Daly and Wadding are playing for Fr Tom Burkes. Kiely and Power fired two goals apiece in a 6-20 to 2-16 win over Fr Toms last week. Wexford attacker Aidan Nolan was also among the goals. Daly and Wadding featured in defence for Fr Toms. Galway are the reigning champions in Boston.
Gavin Fives of Tourin, who saw game time in the Munster Hurling Cup, has also joined the Tribesmen. Conor Dalton from Clonea, who started the league game against Kilkenny, has moved to the Westmeath club in New York. He played at centre back for the maroon and white against Waterford in Gaelic Park last week.
Déise footballer Stephen Curry has transferred to Parnells in Chicago. The Rathgormack man will appear alongside Tyrone All Ireland winner Conor Meyler.
According to Rule 6.12, a player who has received a sanction to play with a team in the US shall not be eligible to play with his own club in Ireland for the 30 days after his sanction is approved by Croke Park.