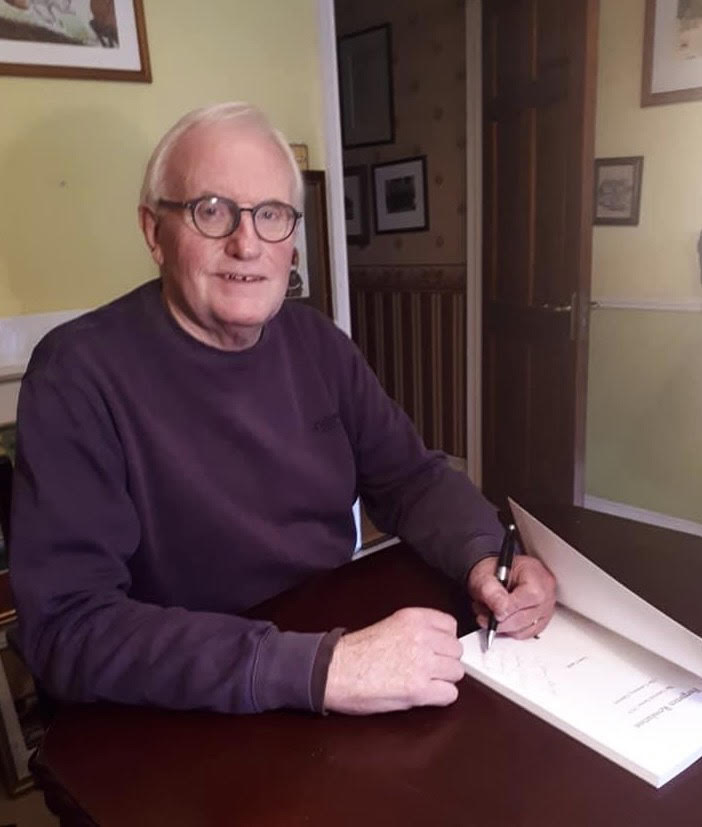 Proud Déiseman Liam Cahill, who died in his Meath home suddenly last night, wore many hats during a life well lived – and all of them brilliantly.

FAMILY, friends and colleagues from the fields of journalism, politics and trade unionism are struggling to come to terms with the loss of Liam Cahill, who died suddenly at his County Meath home last night. He was 72 years old.

Reared in Number 26, Shortcourse and a proud product of Mount Sion education, Liam wore many hats and all of them brilliantly. Of his alma mater, he wrote: “Mount Sion schools and the GAA club based on them had a unique ethos. Whatever controversies may engulf the Christian Brothers today, their founder Edmund Rice’s vision was to take in the poor boys of Waterford to feed, clothe and educate them for free. For over two centuries, working class boys flocked to the school for education. Many became imbued with a love of Irish traditions and history, and, above all, for hurling.” Liam himself was a prime example of that perspective, one he retained throughout his life.

A life-long advocate of trade unionism, Liam was a former Economics and Political Correspondent with RTÉ. In addition to work in the public service, advising many Oireachtas members, he also pursued other interests through a variety of campaigns and via the private sector.

A lover of history and a man who read even more than he wrote, Liam authored ‘Forgotten Revolution: The Limerick Soviet 1919’ in 1990, with a follow-up publication released in 2019, Last year, Liam’s latest book, ‘From Suir to Jarama’ was brilliantly received. It told the story of young Waterford man Mossie Quinlan (Liam’s cousin), a volunteer in the Spanish Civil War who died in action at the Battle of Jarama just outside Madrid in February 1937.

He also founded the ‘An Fear Rua’ Gaelic Games website – which remains an invaluable resource for GAA fans and sportswriters alike – which he authored and maintained for 12 years up to 2012.

When detailing his decision to step back from the site, Liam wrote: “An anonymous internet forum is an anachronism. It has been overtaken by the arrival of ‘open identity’ forums such as Twitter and Facebook. This model of internet comment is no longer viable, if the comment is to be within the law at all times as well as the bounds of good taste.”

At the time he felt he was no longer willing “to walk the tight rope between an open, anonymous forum like this and the libel laws”. Of those we’ve now come to know as ‘keyboard warriors’, he wrote: “There is a sense that they can just register under a pseudonym, pay nothing towards the upkeep of the site or towards an insurance against libel matched by a total lack of any attempt to even understand – let alone accept – that I have a right, and a duty, to administer this site in accordance with the law and in the interests of everyone who used it.”

Marking his 72nd birthday on May 7, Liam recently wrote: “Early in May is a good time to be born. It means you are a Taurean. According to Google, ‘Taurus men are loyal, trustworthy and dependable. They take a long time to adjust to new people. However, once they care about someone, they grow extremely attached. They won’t want to leave that person’s side.’ See, I told you Google is reliable.

“It is also a time when nature is coming into its best days. The trees are greening more and more, there is abundant May thorn in the hedgerows along with nodding bluebells, and in the fields the cowslips, primroses and dandelions are in full bloom. Dotted throughout county Meath where I now live, are big fields of lemon coloured oil seed rape flowers that blend with the blue sky to proclaim the flag of brave Ukraine. It is a time of hope, when longer days still lie ahead of us.”

Liam’s race is now run, a race which undoubtedly feels cut short. But all who loved and knew him best along with a new generation who made his acquaintance through social media in recent years, will feel forever gratified for having crossed his path, be it literally or virtually. He was an man of immense integrity, sincere warmth and just an utter pleasure to know.

President Michael D Higgins led the tsunami of tributes which have been paid to Liam since news of his death broke last night.

“People throughout Irish media, politics and beyond will have been saddened to hear of the death of Liam Cahill,” said the President.

“The contribution Liam made to Irish society was a wide and varied one.  It included his work, his research, and his writing as a journalist, historian, and as an adviser across political and public affairs. To all of this he brought a well-informed, humorous and passionate spirit.  To all of his many endeavours he brought, and has left, a particular personal legacy.  His work in seeking to bring greater attention to the Limerick Soviet of 1919 reflected a particular interest in the cosmuintir, and the excluded or neglected.”

President Higgins added: “He presented a copy of his book on this to me in Áras an Uachtaráin. had the privilege of engaging with Liam many times over the years.  Indeed, he was due to visit the Áras again in the coming weeks to present me with a copy of his most recent book, ‘From Suir to Jarama’, which shed light on the story of his cousin Mossie Quinlan, a volunteer in Spain with the British battalion of the International Brigade. It is a great sadness that we will not get the opportunity to have that meeting.”

In a Tweet last night, Irish Ambassador to the United States Dan Mulhall said: “Very sad to learn of the death of Liam Cahill. He was a few years ahead of me at school in Mount Sion CBS. I later knew him as an RTE journalist, a political adviser, media professional, historian and Gaelic Games enthusiast. Ar dheis Dé go raibh a anam dílis.”

Liam Cahill, who was predeceased by his wife Patricia, is survived by his children Susan and Eoin, sister May, his extended family and a broad parish of colleagues, friends and acquaintances. May he Rest In Peace.

The strangest of sporting glories