Man who suffered cardiac arrest outside UHW discussed in Dail 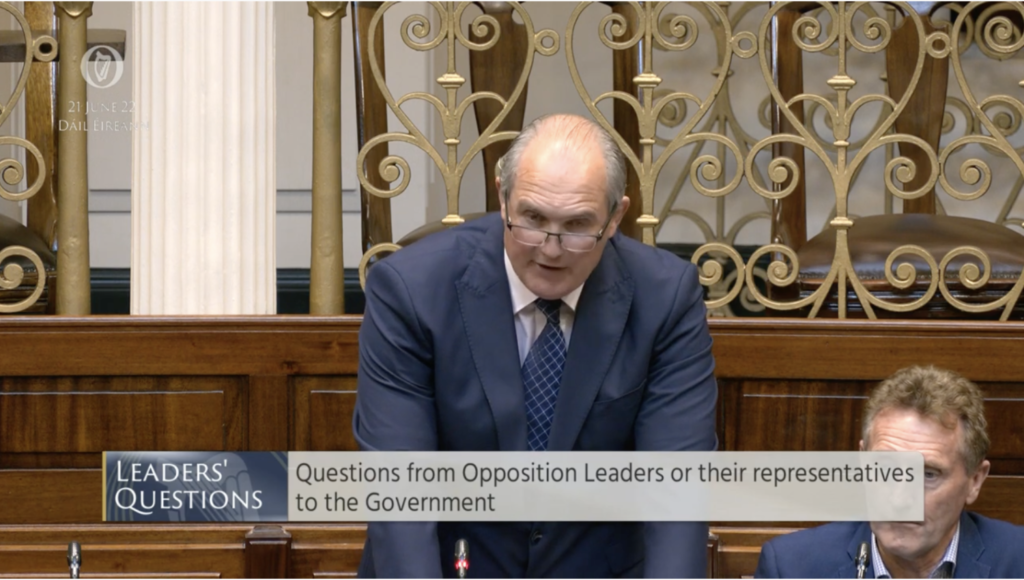 A MAN who suffered a cardiac arrest on a path outside University Hospital Waterford died two days later, despite the efforts of a number of members of the public who stopped to assist him. The man’s death was brought up in the Dail this afternoon (June 21) by Independent TD Matt Shanahan.

“The man was resuscitated on the ground outside UHW but even if he was inside the hospital, a model 4 hospital in our great hospital, he could not access cardiac care as the Cath Lab was closed, as it is 129 hours of every week,” Deputy Shanahan said. “Sadly, that man passed away two days later in UHW. Where is the 24/7 cardiac care service you promised the South East Taoiseach? Hundreds of millions spent in Cork delivering a new airport runway, two new €100m teaching blocks two UCC, a new convention centre and the Dunkettle Interchange. Contrast this treatment to Waterford – no capital budget approved for the South East Technological University, a land purchase review going on 14 months to add to the Waterford campus footprint. While UCC is granted a new School of Medicine we get a referral to 2026 and beyond for an Engineering Building promised to WIT in 2012.”

Deputy Shanahan then addressed the Ceann Comhairle to say that he wanted to respect the House’s long standing convention of not making charges against persons under privilege.

“I need to balance that convention against my responsibility to identify the sharp practice of capital and clinical resourcing at UHW by the Cork based South South West Hospital Group,” Deputy Shanahan said. “Lies are being told about the present strategic development, resourcing at UHW and those responsible must be stopped.” 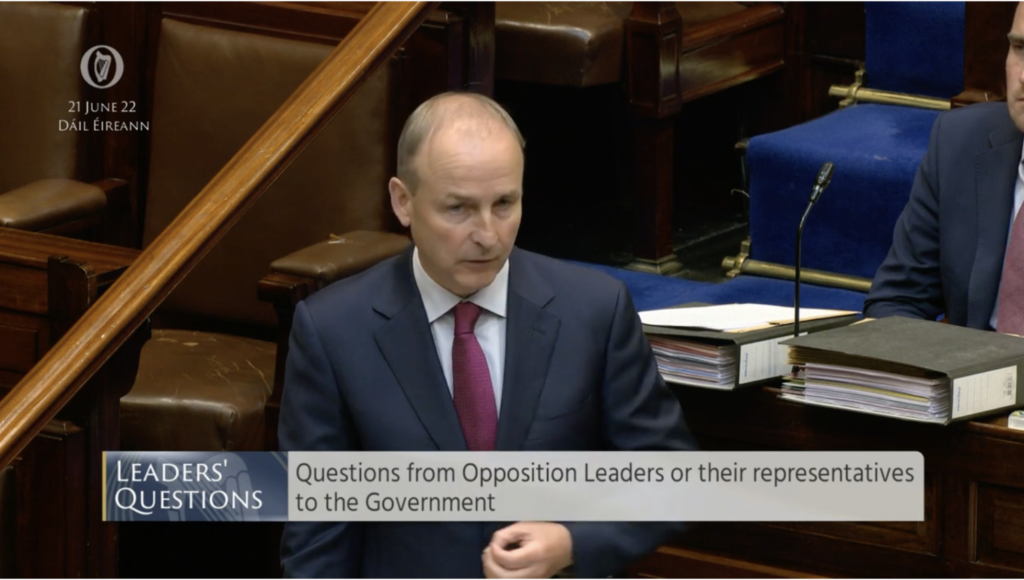 The Taoiseach responding to Deputy Shanahan on Tuesday, June 21

Deputy Shanahan then accused the Government of ignoring vital information about how patients at UHW cannot reach CUH within the time recommended for cardiac patients.

“Without political redirection, I predict the ballot boxes of the South East will bring a heart stopping arrest to the political careers of many of your Government colleagues and a number within Fianna Fail.

The Taoiseach responded by saying that clinical reviews, which have long held up 24/7 cardiac care in Waterford were essential and proceeded to accuse Deputy Shanahan of reducing serious issues “down to politics”.

“And you summed it up in your last paragraph here,” Mr Martin said. “That someone will pay an electoral price for not going against wholesale advice received from cardiologists and clinicians, whether we like it or not. You know well that we have put investment into a second cath lab in Waterford. Not just in terms of the facility but with recruitment. It will be available for use in October 2024.”

The Taoiseach then reiterated points made recently about staff that have been approved for the second cath lab, many of whom will be hired from within the hospital – increasing further the discrepancy between staffing in Waterford and staffing in Limerick University Hospital and the other model 4s in Ireland.

“I didn’t reduce it to politics Taoiseach, you did when you visited the grounds of UHW with Deputy Mary Butler and made a commitment to deliver 24/7 cardiac care to the South East,” Deputy Shanahan replied. “What we have in Waterford now is the South South West Hospital Group running around saying that they’re implementing the 24 whole time equivalent (full time staff) and what have we recruited so far? One porter and one cardiac physiologist.”

The Taoiseach then accused Deputy Shanahan of “upping the ante” saying that the second cath lab was everyone’s priority and the resources had been committed to build that. No mention was made to the multiple capital deliveries in Cork or the Taoiseach’s publicity photos, which were taken in 2014 outside UHW.

Watch the video below