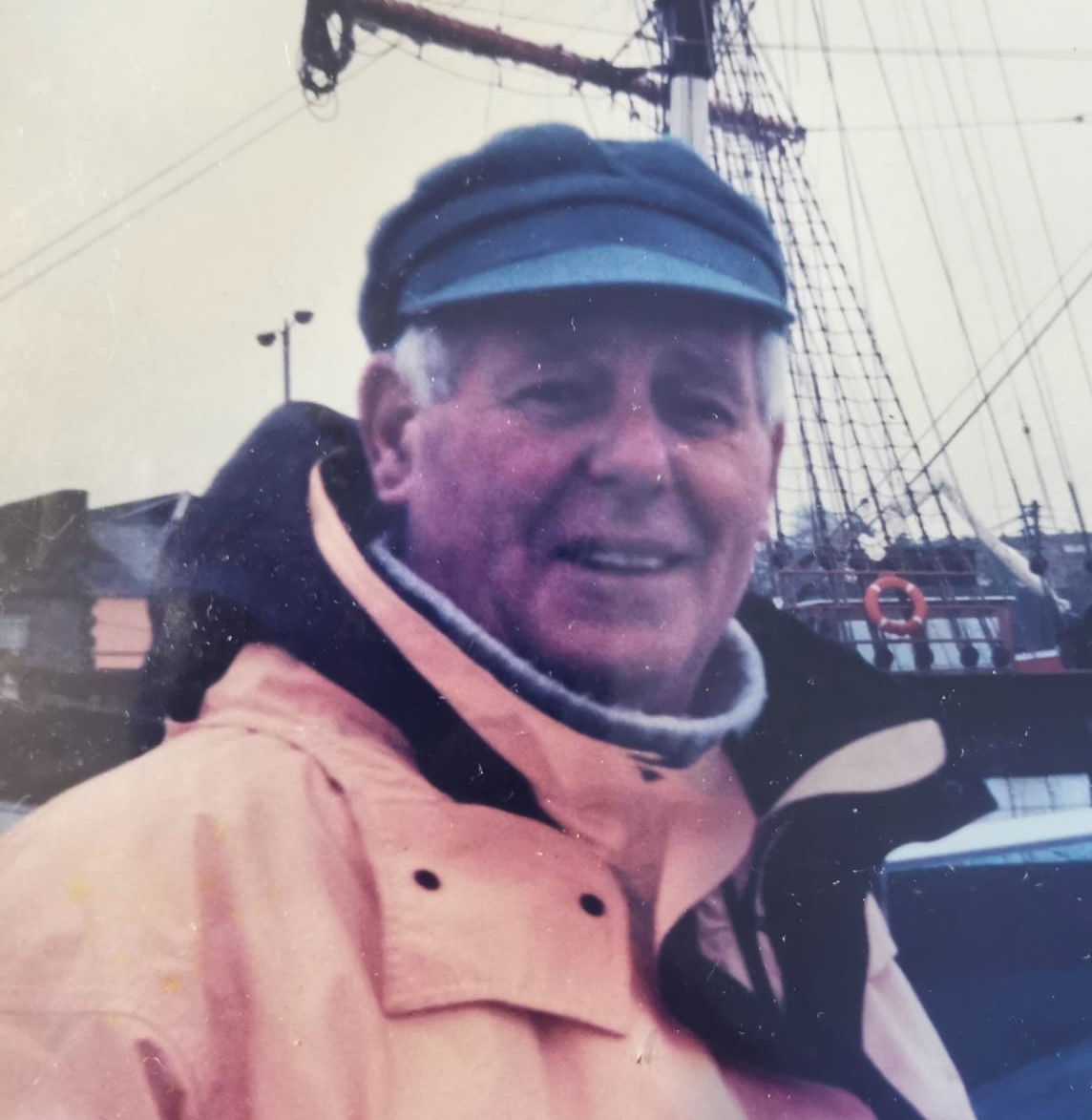 Séamus Brady of Castle Road, Butlerstown via Rosbercon (Kilkenny) and Ballinamore (Leitrim), who died on Sunday, May 29.

CHRISTMAS WEEK 2016. The choir had gathered in the gallery in Butlerstown’s Church of the Nativity of the Blessed Virgin Mary and the mood, befitting the season, was jovial.

The group went through its carols, while soloists also warmed up their vocal chords, putting an air to songs sung with great affection by so many people over so many decades the whole world over.

Séamus Brady, who had joined the choir in 1966, took his position in the front row of the gallery, opposite the accompanist. Full of feeling, he sang a song which filled me, sitting a few rows behind him that night, with a huge sense of emotion.

“Silent night, no cannons roar; A King is born of peace for evermore; All’s calm, all’s bright; All brothers hand in hand; In 19 and 15 in no man’s land.”

My father, who had died eight months previously, was always struck by the power of that lament for the poor men deployed as cannon fodder in the Western Front. The feeling in Seamus’s voice, his telling of the heart-breaking story detailed in those lyrics, overwhelmed me for a few minutes that night.

Seeing my reddened eyes, Séamus put his hand on my shoulder and asked me was I alright. I then put a hand on his shoulder to assure him that I was and referenced my Dad’s affection for the song he had just sung.

There are dozens, if not hundreds of people who knew Séamus better than I did. But I’m filled with gratitude for having met him and to sing with him. Music and community brought us together and I’ll be forever grateful for that.

Séamus, who died on Sunday, May 29, lived “his life fully and so well” according to Parish Priest, Monsignor Pat Fitzgerald, who was chief celebrant at Séamus’s Requiem Mass on Thursday, June 2.

In his sermon, Msgr Fitzgerald said the church itself was one of the “very special hubs in Séamus’s life. A man of quiet faith, he loved this place and he loved this community; he was very much a part of it and there’s a great sense throughout this community today of sadness and loss at Séamus’s going from us. Over the years, he came here with (wife) Monica and their growing family and I think we can say that for many years to come, we will hear in our memories the haunting lyrics of ‘Christmas 1915’, sung by Séamus so often from the gallery.”

Msgr Fitzgerald said there was a great sense of adventure in Séamus’s life. “It could be entitled ‘Ballinamore to Butlerstown’.” Though born in Rosbercon on the Kilkenny/Wexford border, Séamus spent much of this childhood in Ballinamore, County Leitrim, where his father hailed from.

As noted by Jamie O’Keeffe in a touching online tribute, Séamus returned to Rosbercon where “he made an indelible mark. As a young apprentice tradesman, Séamus worked on the acclaimed Church of the Assumption and in late 1959 he was awarded a Certificate of Bravery at a ceremony in Leinster House for saving a man from drowning in the River Slaney at Wexford Bridge in March that year.”

For seven years (until 1963), Séamus took to the seas for shoals of herring, fishing out of both Howth and Dunmore East. As the man himself noted in the 2019 publication, ‘Butlerstown Revisited’: “The work was hard and the hours long. Often we would work continuously for 48 hours without sleep and suffer ‘sandy eyes’, as if there was grit in your eyes.”

Msgr Fitzgerald said this work ultimately landed Séamus his “greatest catch”, meeting Monica Walsh from Ballynaneashagh, whom he first saw at a dance in the Haven Hotel in September 1962. He proposed to Monica within a week. They married in 1964 and they later built their home on Butlerstown’s Castle Road on a site bought from Mick Hayes of Orchardstown, with carpentry among Séamus’s onshore professions.

In 1968, Séamus set up a monumental works business in Orchardstown, opposite the garden centre on a one-acre site he bought from Billy Power.

“Most of the work was for graveyard headstones, including seven-foot high white Celtic crosses,” said Séamus. “They were known as ‘Mother-in-Laws’ as the families wanted to ensure that she was seen to be well-honoured!”

Msgr Fitzgerald stated: “I believe that for Séamus, heaven was a hardware store, a place where he could roam the aisles… I know also that he passed on his love of craft to the young people that he served while he was working with the Brothers of Charity (in Belmont Park). He operated amusements in Tramore (setting up a go-kart track in 1973) and he had a particular love of the circus; now there’s colour and variety, a life that is a bit of a kaleidoscope.”

In addition to building sheds for, among others, Keenans of Bagenalstown and Midleton Worsted Mills, Séamus built a Hammered Dulcimer, having seen Andy Dowling playing one at the Fleadh Cheoil in Thurles in the 1960s.

The stringed instrument, which was on the altar at Séamus’s Requiem Mass, was “an extension of his personality”, said Msgr Fitzgerald. “It’s the perfect symbol of Séamus’s passion for our heritage of music, of language, of culture and of place.”

Séamus’s family, said Msgr Fitzgerald, represented “the driving force of his life. By all accounts, Monica was his greatest love and inspiration and listening to stories about him, I get the sense of his life as a kind of whirlwind that was experienced by Monica, his children and grandchildren, as an energy of love and commitment that surrounded them and accompanied them in their lives.”

Séamus fittingly concluded his contribution to ‘Butlerstown Revisited’ three years ago by writing: “So my life has taken many interesting and varied paths. My family, especially Monica, has been a great support to me in all my ventures and I look forward to many more.”

Séamus Brady is survived by his wife Monica (nee Walsh), his children Siobhán, Ciara, Ultan, Órlaith and Deirdre, siblings Ber, Anne and Stan, and his doting grandchildren Síle-Marie, Seán-Óg, Aoife, Tara, Doireann, Henry, John, Hugh, Brendan, Claire, Róisín, Kevin, Barry, Evan and Ben. He is also survived by his daughter-in-law, sons-in-law, sister-in-law, brother-in-law, extended family, relatives, his wonderful neighbours in Butlerstown and many, many friends. May he Rest In Peace. 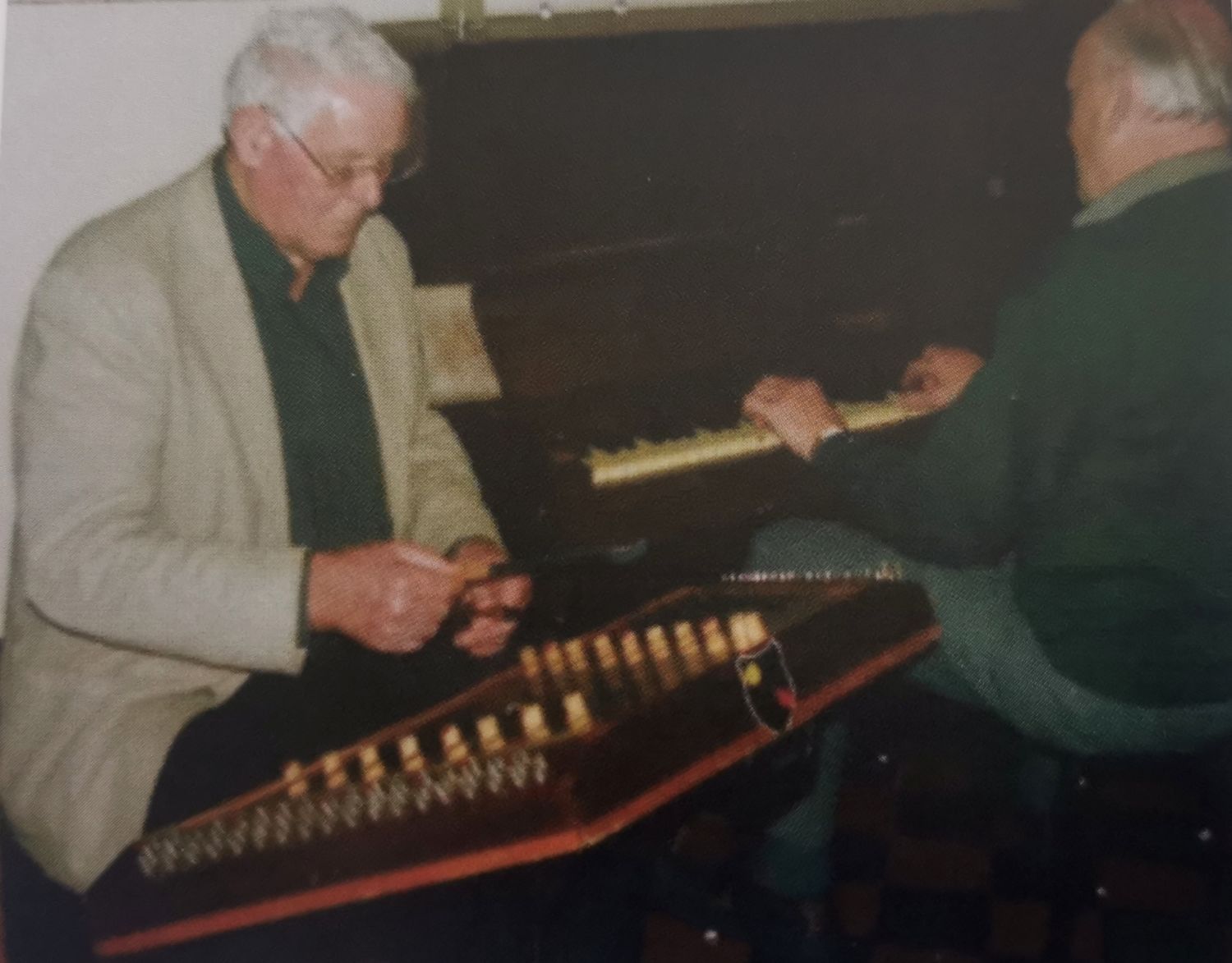 Séamus is pictured playing his Hammered Dulcimer (which he built himself), alongside John Delaney on piano. From the ‘Butlerstown Revisited’ book, published in 2019.