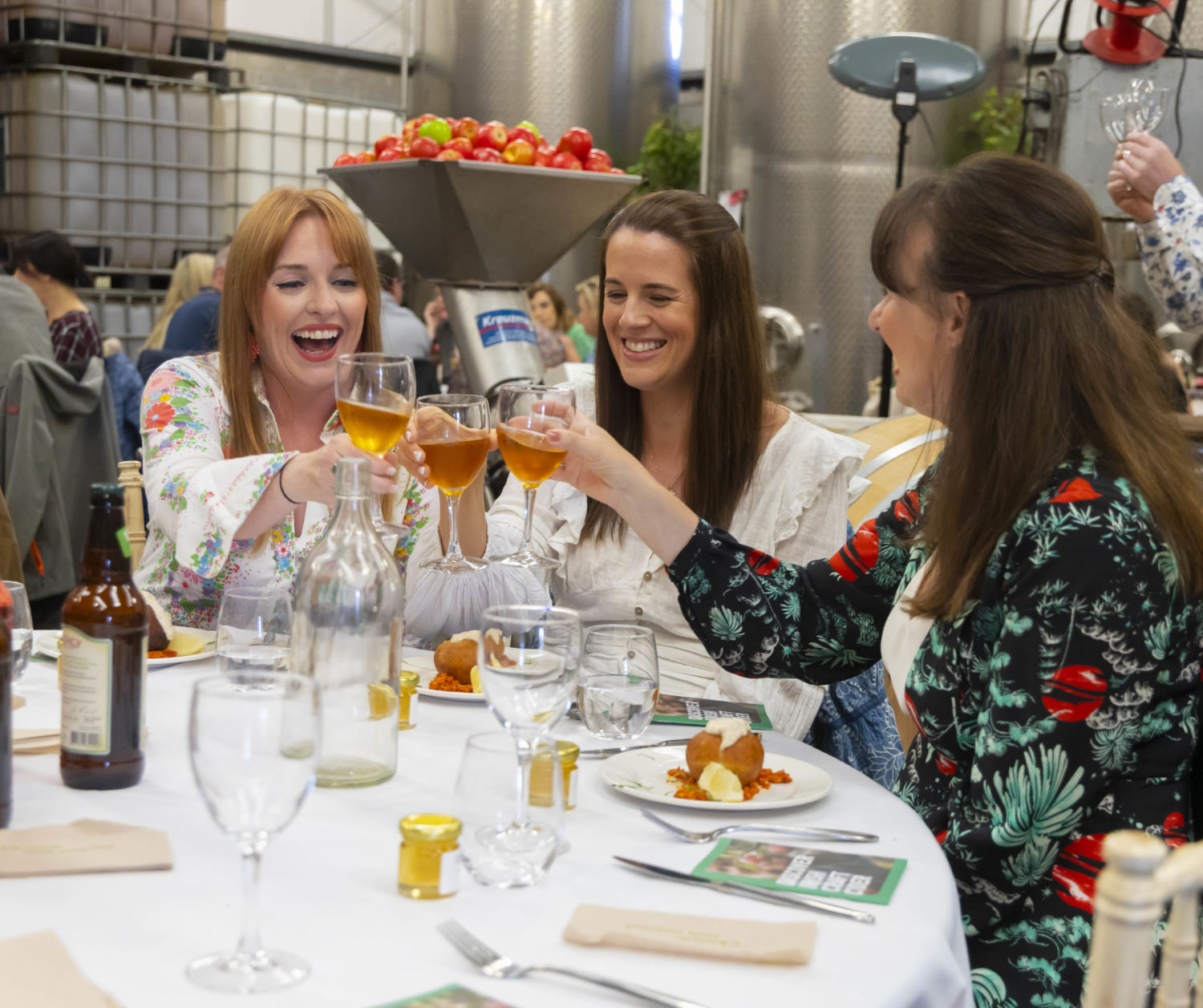 THE 13th annual West Waterford Festival of Food, which ran from June 10 to 12, proved an overwhelming success, as thousands of visitors flocked to Dungarvan to enjoy one of the country’s leading food-themed events.

This was the first time the festival had been staged for three years and the crowds along Davitt’s Quay and Grattan Square suitably illustrated a collective sense of relief and delight upon its resumption.

With over 100 events running throughout the weekend, from a children’s programme to foraging trails, from bus tours to cooking demonstrations and from quality dining to its superbly stocked market, the festival once again had something for everyone.

A host of venues in Dungarvan and its environs hosted events, including the town’s hotels, Walton Park, Lismore Castle and all of the town’s best known bars and restaurants.

“This year we showcased sustainable food, presenting what those involved in the West Waterford Festival of Food do,” Festival Chief Executive Maeve Quill told The Irish Examiner.

“Our focus was on promoting producers, chefs and suppliers and how their work is good for both people and planet.”

Ms Quill added: “We couldn’t get by each year without the ongoing support of local businesses and our local community, including members of the public who volunteer. Irish companies have partnered with us to support the festival, while local businesses also help by signing up to our Friends Circle, which supports the ongoing development and sustainability of this community-based festival.”

The festival concluded with the Long Table Feast, which saw attendees enjoying an al fresco meal against the backdrop of Dungarvan Castle, overlooking the harbour.

With Comeragh Lamb among the dishes on offer and a dash of Blackwater Gin to wash it all down, chefs Paul Flynn of The Tannery and Greg Harris of 360 Cookhouse once again shone a spotlight on some of the county’s best produce.

“Amazing festival,” said Aoife Duffy, one of many enthused visitors over the weekend. “First time at it and really impressed. Well done to all involved.”

Caron Maun said: “Brilliant weekend at the festival, spent the two days there. Kids had great entertainment. Super weather for it too! 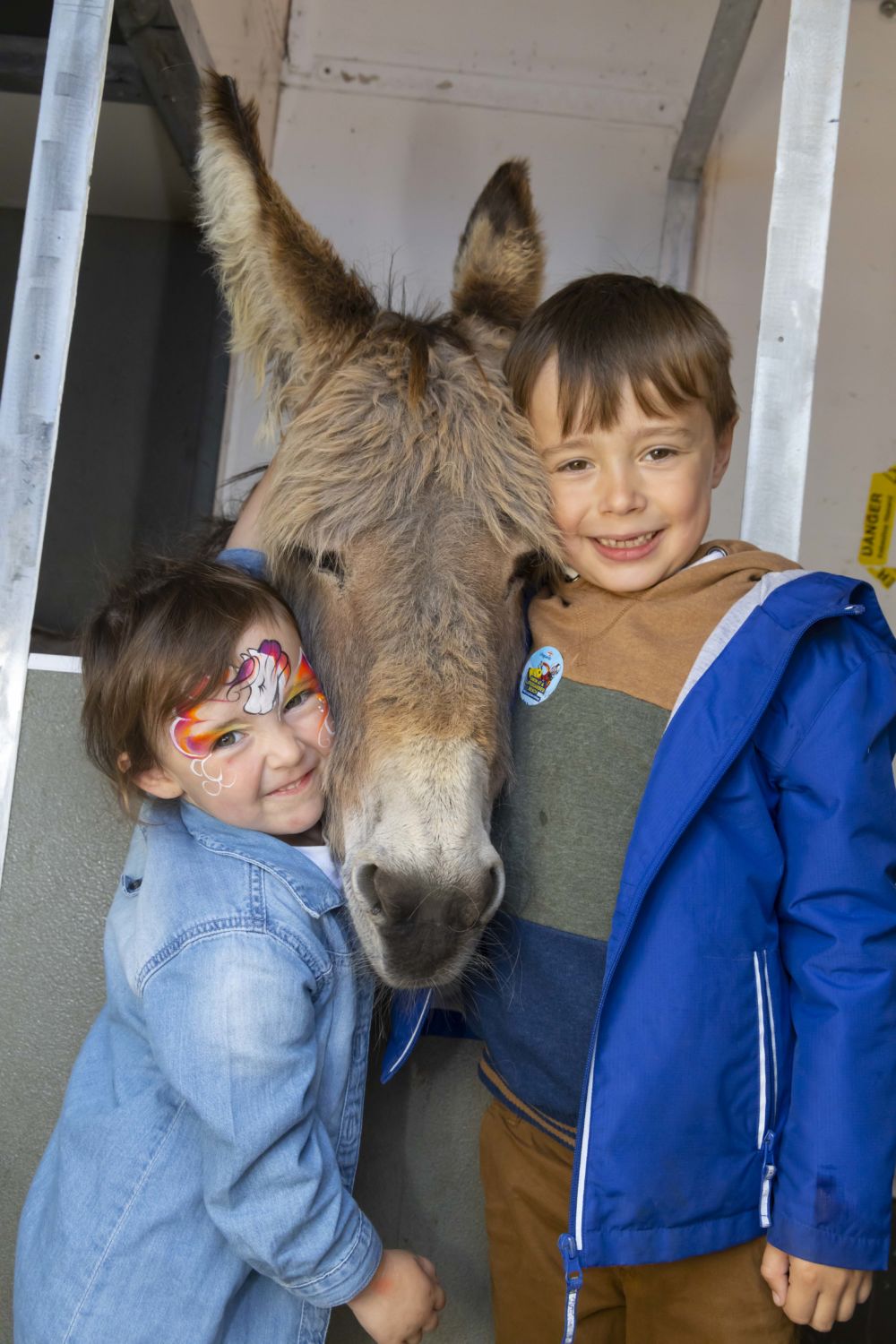 Róisín and Aodh Fitzgerald pictured with Nellie the donkey at the Glanbia Kids Zone from Nore Valley Farm (Kilkenny) at the 13th annual West Waterford Festival of Food. 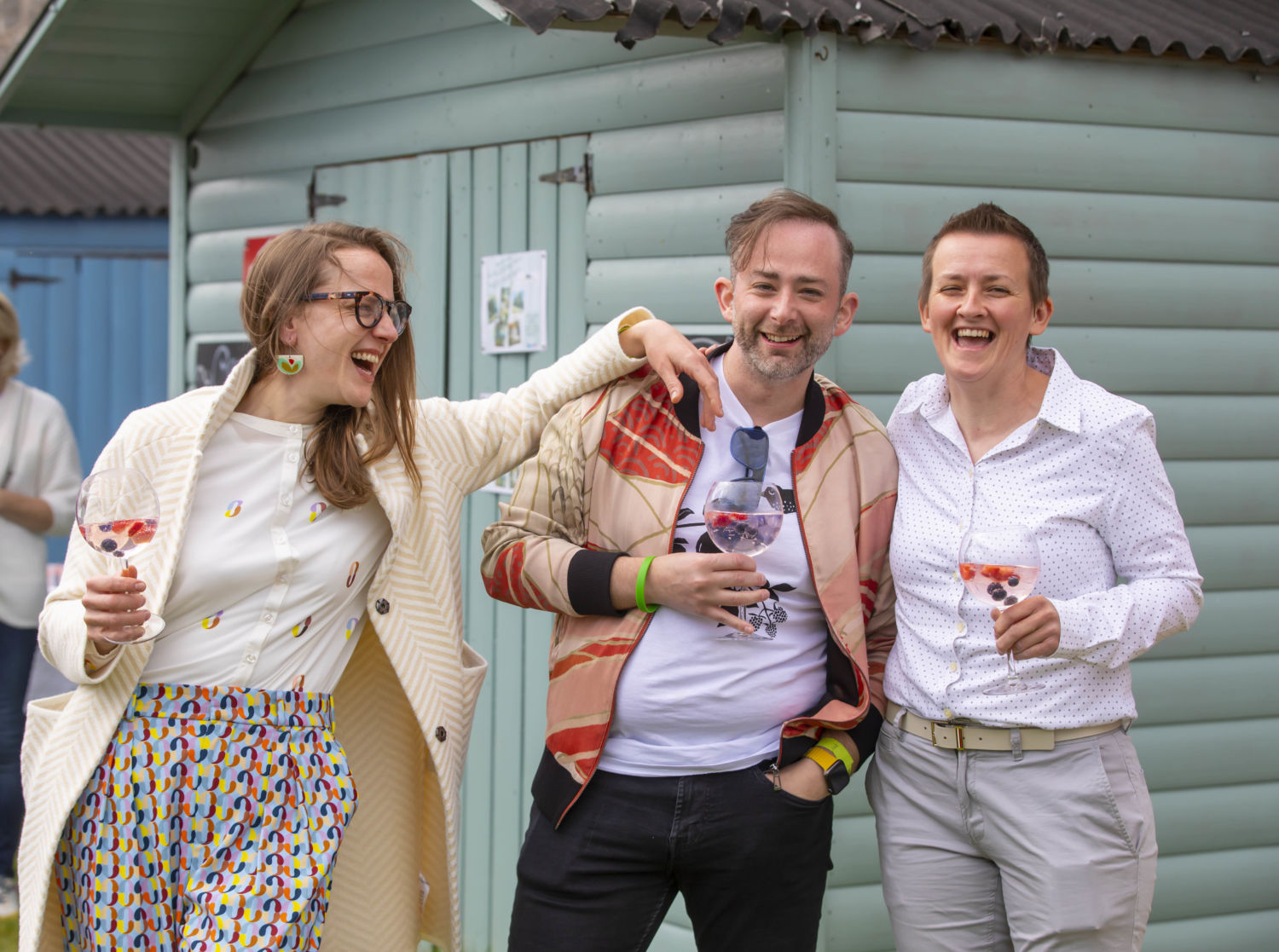 Emma Clarke, Anthony O’Toole and Jenny Lynch who attended the Long Table Feast at the West Waterford Festival of Food.