Rory McIlroy hits out at some LIV golfers for ‘duplicitous’ behaviour 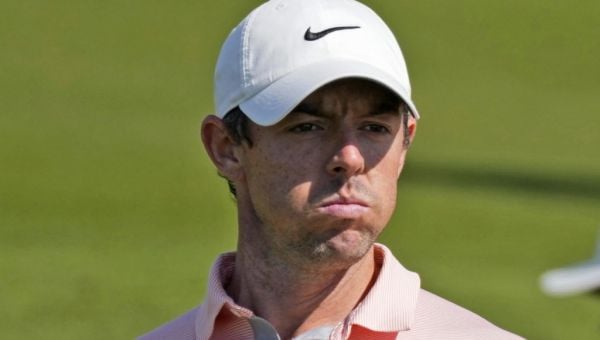 Rory McIlroy didn’t hold back on Wednesday when discussing PGA Tour players who have elected to join the LIV Golf Invitational Series.

McIlroy was asked if he was surprised about one golfer in particular – Brooks Koepka – for his decision to join the rival tour.

“Am I surprised? Yes, because of what he said previously,” McIlroy said. “I think that’s why I’m surprised at a lot of these guys because they say one thing and then they do another, and I don’t understand that and I don’t know if that’s for legal reasons or if they can’t — I have no idea. But it’s pretty duplicitous on their part to say one thing and then do another thing.”

When asked about when Koepka made his comments, McIlroy was blunt with his response.

McIlroy and Koepka were slated to compete this week in the Travelers Championship in Connecticut, however, withdrew from the PGA Tour event on Tuesday. The LIV Golf Series announced Wednesday afternoon that Koepka had joined. He is scheduled to participate in the first event in the United States on June 30th in Portland.

Koepka, 32, said before the US Open that media was responsible for the uproar over the player exodus to the LIV, and giving the new tour “legs.”

“I’m here at the US Open,” he said. “I’m ready to play the US Open, and I think it kind of (stinks), too, you are all throwing this black cloud over the US Open. It’s one of my favourite events. I don’t know why you guys keep doing that. The more legs you give (LIV Golf), the more you keep talking about it.”

McIlroy, 33, also talked about the proposed new schedule as a means to compete with the burgeoning LIV Golf Invitational Series. Those new tournaments would rotate sites around the world and – like LIV’s tournaments – have no cut.

“But again, a lot of these fall events are destination events. Like Napa and Mexico and places where people like to bring their families and sort of have a sort of like half golf tournament, half vacation. So you’re still going to have guys that play in some of those events.