LAST Saturday and Sunday, June 18 and 19, Specsavers in Waterford city closed as a mark of respect for their long-serving and beloved staff member, Christine Guidera. The 42-year-old mother of four, late of Moonloun and Ballycarnane Woods in Tramore, died suddenly on Monday, June 13. She is grieved by her husband Mick, her children Brandon, Ciara, Ellyanna, and Lilly, her father Christy, her sister Vanessa, and her brothers Adrian and Roy. In lieu of flowers, donations were made to the Headway Injury Support Centre. 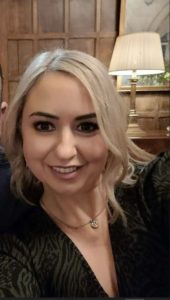 It is said that grief is the price you pay for loving someone, and Christine was adored by everyone whose lives had been touched by hers. She was carried out from the church by her loved ones to singer Vanessa Whelan’s rendition of ‘Time to Say Goodbye.’ Fr. Richard O’Halloran stood before the crowd of mourners gathered in Holy Cross Church, Tramore and he acknowledged that while it is “a dreadful moment”, gathering together can bring peace and togetherness in the face of raw grief. Staff from Specsavers stood together in their work clothes, Christine’s family were present, and the lives which she touched in her 42 years was evidenced by the community within the church.

From the altar, her daughter Ellyanna told the crowds of mourners about her mother. Christine was born Christine Power to Christy and the late Mavis and she was raised in Moonloun, Tramore where she cared for her mother. The youngest of four children, Christine went to school locally in Star of the Sea and in Stella Maris, and the friends which she made there were friends she held close to her throughout her life.

While on holidays with her friend in Spain, she encountered Mick Guidera, who had been ‘displaced’ from his own holiday apartment, and so she invited him to share their apartment for the remainder of the holiday. In Mick’s own words, he “went on holidays a Dub and came home a Blaa”.

Their love was instant and for more than 16 years of marriage, and 20 years together they have been by each other’s side, raising a family, enjoying life, and making memories.

Carried up in the offertory procession was a handbag, symbolising Christine’s love of fashion, a pair of dog leads belonging to her cherished dogs Daisy and Coco, and a pair of glasses symbolising her love for her workplace and the initiative and drive with which she pursued her career.

Having stayed at home while her children were small, Christine returned to her studies and began her career in Specsavers, Waterford. Through determination and ambition, she progressed through her studies and eventually graduated as a dispensing optician in the beautiful Canterbury Cathedral, much to the pride of her family.

From one end of Tramore to the other, people were impacted by Christine’s presence. Her husband Mick recalled that she never had a bad word to say about anyone, and that she kept her grievances within the family home, always caring for others and never wanting to impose her grievances on them. Christine’s smile was for everyone, she was bubbly, full of life and zest, and she woke up each day with excitement for what lay ahead. It was for these reasons, and many more, that her family made the decision to donate Christine’s organs.

Mick said: “We were told that they weren’t able to find a match for her heart, but they were able to use the surrounding tissues and valves from the heart, and it seems only right that with a heart as big as Christine’s, that one heart saved more than one life.”

Christine died very suddenly following a tragic fall, a sad fact which Fr. O’Halloran alluded to during his homily.

“It’s frightening how in one moment life can be forever changed. A tragedy that has overtaken our community. The bible says ‘Jesus wept’, one noun, one verb, there’s nothing more simple but it’s a simple sentence that speaks loudly for us all to hear today. It’s ok to grieve, to acknowledge terrible situations, and the strong emotions that go with unexpected tragedy.”

In the past week, since Christine has died, the parcels from online shopping, which Mick has always been so used to seeing the postman arrive with, have continued to arrive.

Mick said: “She drove all five of us towards our dreams, whatever they happened to be, she always told us to go for it. She is going to leave a massive hole, in everything she has ever done, she will leave a massive gap. I don’t know what we are going to do, but she will be looking down on us and that’s all that matters.”

Tributes to her life and the impact which she made continue to pour in, where she has been described as “an outstanding dispensing optician,” who brought fun, laughter, and hope to every room.   Christine’s funeral cortege passed her childhood home at Moonloun and she is buried in St. Declan’s Cemetery, Tramore.

A poem which Christine’s sister, Vanessa wrote for her many years ago, was read out from the altar 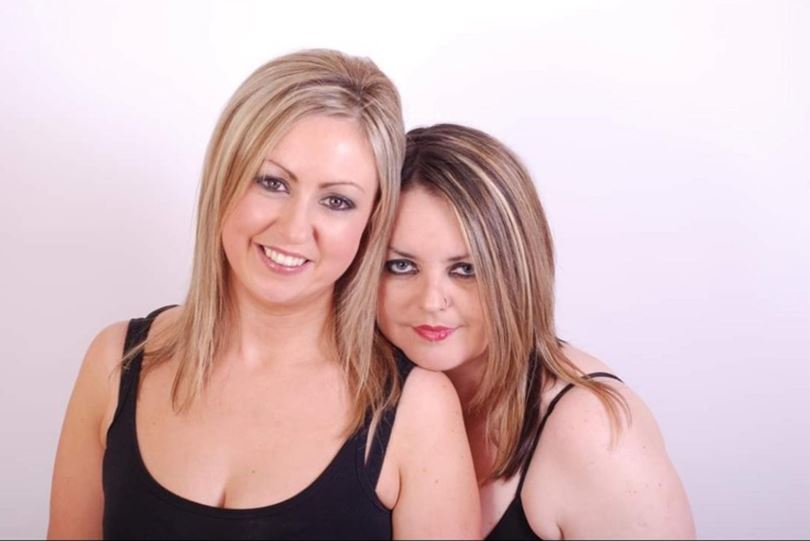 The Song I Sang For you

“Pebbles on the shore’ was the song, I sang for you,

Now you’ve grown in mind and soul and understand it too.

Written many years ago, when you were very young

With different lives on different shores, we’d only just begun.

You never understood, why it was I had to go.

Leave this land, we called our own,  the sister I loved so .

We watched the seagulls take to flight and wished to be like them,

But age was never on our side, we never knew just when.

Kept apart for many years, I sent my heart back home,

So when you closed your eyes at night, you wouldn’t be alone .

Although our lives took different paths, our destiny left to others,

Until the day we ‘took to flight’, and both became new mothers.

I watch the way you love him so, your white-haired little boy,

And now again with babes in arms you beam from head to toe,

So let God’s arms surround you sis, wherever you may go.

As for us, We’ve grown together, I’ll be there ’til the end.

To listen, love and protect you from all that life will send.

How our song has changed in time, Lyrics all brand new.

‘Pebbles on the shore’ was the song I wrote for you.”