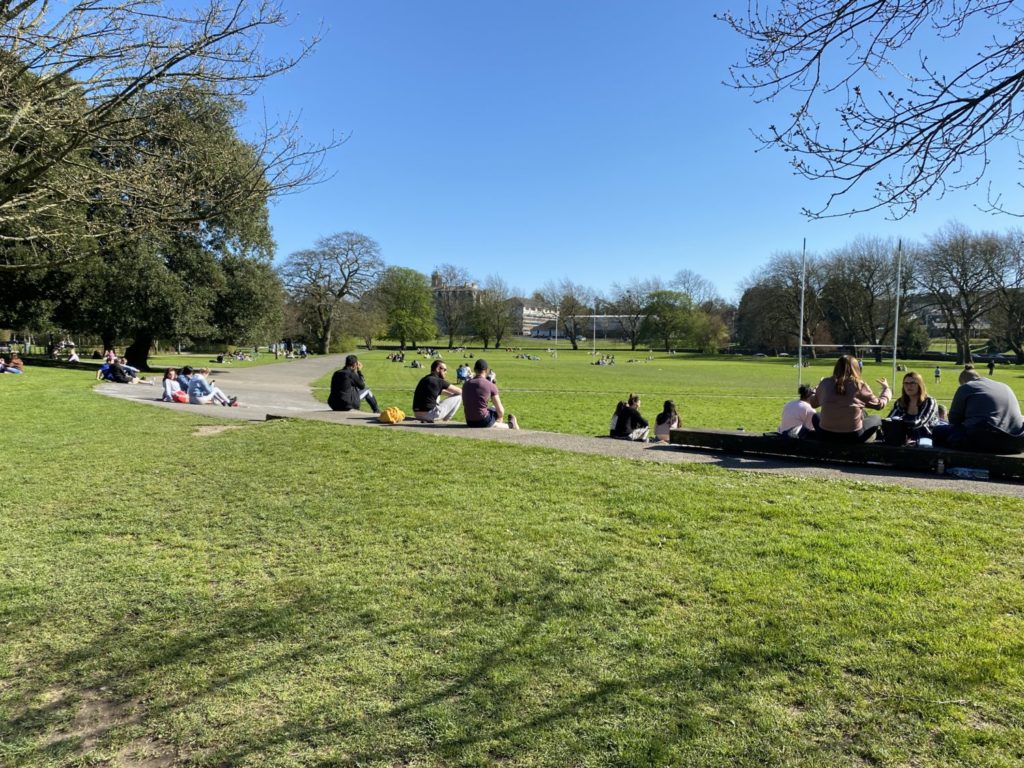 IF you go for a walk in the People’s Park of a random midweek morning, you will see a lot of fascinating things and meet a lot of fascinating people. Over the course of the last few months, I have learned a lot about people’s habits, worries, fears and plans, some of which I’d like to share with you now.

Firstly, there are a lot of people who religiously walk in the park. You will see them at the same time, almost every day. One lap of the People’s Park is 1km and you might be surprised at how many people start their day with 3-6 laps of the park. Men and women, young and old, it’s a safe haven for them – a place to exercise their bodies and their minds.

Last month, after speaking to a man who says he “never misses a day in the park”, I learned that he had a heart attack last year and the doctor told him that it was either “walk or die”.

“I actually had about six heart attacks in one evening,” the man said. “I’m only 48 years of age so I thought I was too young to have a heart attack. Of course, my father died of a heart attack and so did his two brothers so maybe I was a bit thick to not expect a bang at one time or another.”

This man has a young family and is definitely too young to be leaving this Earth, and the People’s Park behind him.

“I had a check-up recently but apparently that doesn’t cover the potential for a heart attack,” the man said. “There’s a separate test for that so if there’s anyone out there that has a history of heart problems in their families, I’d be telling them to go to the doctors and ask for that test as soon as possible. Better to be safe than sorry.”

I hope I will continue to see this man walking in the park for a long time to come.

I’ve also seen people – males and females – well into their 50s who regularly run around the park, in the hottest of weathers, wearing heavy jackets and multiple layers. I can’t presume to know what their motivation is, or why they feel the need to wear so much clothes while they exercise. Maybe it’s a weight loss thing or maybe they don’t feel comfortable in their own skin so they choose to cover it all up. This is what we do when we people watch – at least it’s what I do anyway! I see them running and I wonder what’s going through their minds. I wonder about what kind of home they are going home to. Are they alone or do they have a big family.

The elderly people I see walking alone always stop me in my tracks. If I see an old man and a dog walking, I immediately imagine that he’s going home to make a dinner for one before settling in to watch the 6:01 news. Of course, he could be going home to his 25-year-old girlfriend for all I know.

If you visit the park during the day time – especially between 8:30am and 9am, or from 2:30pm onwards – you will see all the parents and grandparents etc bringing their little ones to school. This is such a fascinating ritual. Every time I see a child getting out of a car, I can’t help but think of the morning chaos that brought them there in the first place. And then I wonder where all the parents go when the child is in school. Some go straight to work, others go home to clean the house so that it will be ready for the little hurricanes to mess it again when they come home. It’s a perpetual cycle that keeps the world turning. I spoke to one woman a few months ago who told me that as soon as she drops her child to school, she heads out to Waterford Muay Thai for training. She describes it as the “best thing I have ever done”.

“I used to come home, start cleaning, find the biscuits and Netflix and that was the end of it until it was time to collect the little fella,” she said. “Something had to give, and thank God it did.”

And then there’s myself. I go for a walk in the park, 2-3 times a week for physical and mental exercise. I walk with a friend and it’s a staple part of our diaries now. We get our own news out of the way and then we talk about the big bad world. If you’re someone who sometimes finds themselves getting a bit anxious about your place in the world, I’d recommend contacting a friend and asking if they want to set up a weekly “walk in the park”.

The perils of shift work