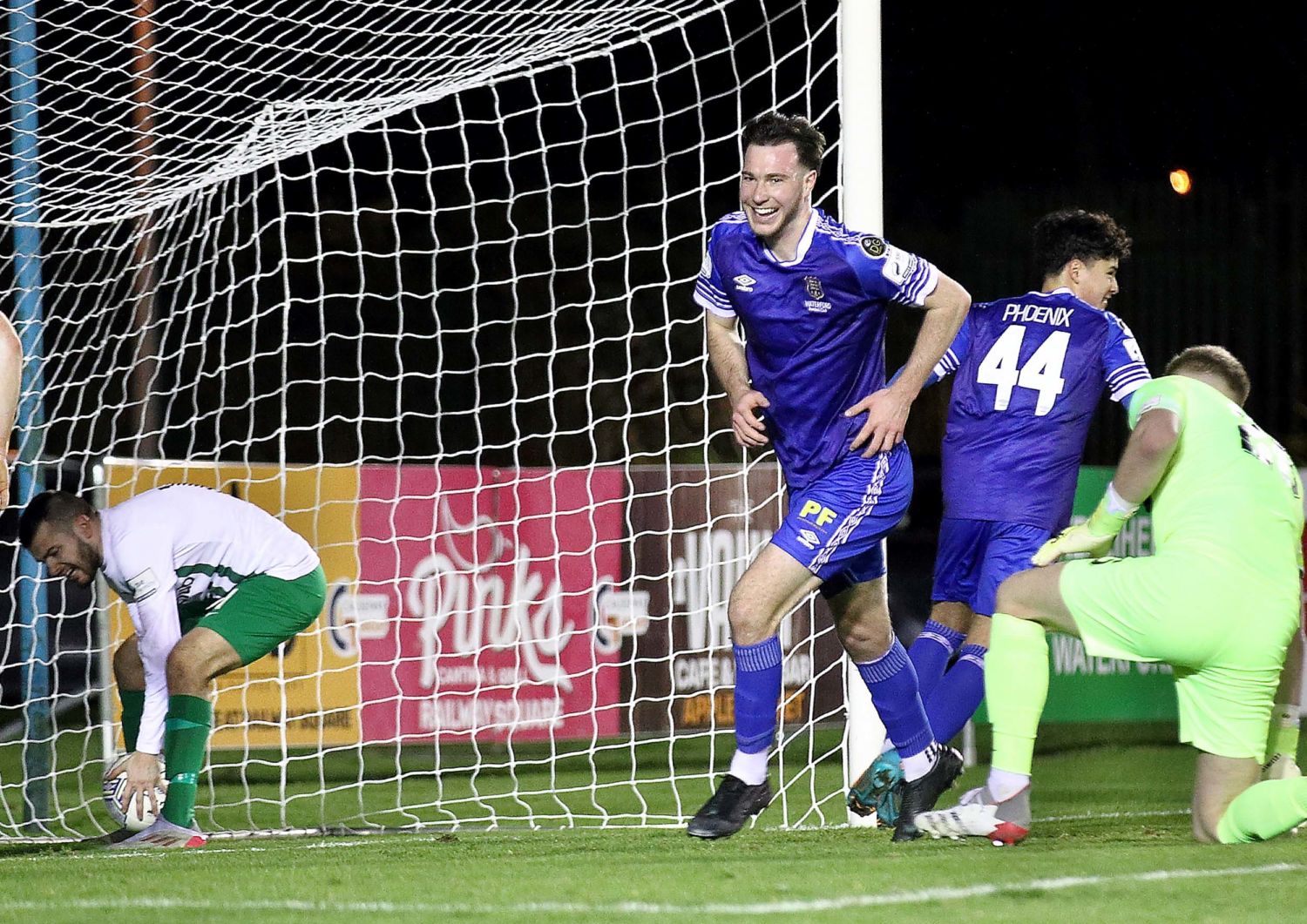 Louis Britton’s ninth goal of the season secured a big win for the Blues tonight at home to Bray.

It was a winning start for new Waterford FC Head Coach Danny Searle in his first game in charge of the Blues as a ninth league goal of the season from on-loan striker Louis Britton led his side to victory over Bray Wanderers at a rain soaked RSC.
After a scoreless first-half of limited chances, the best of which fell to the hosts, Britton notched a 53rd minute goal that proved to be the difference as Waterford claimed their seventh straight league win of the campaign.
A tentative opening saw neither side gain control, but that was all to change in the midway point of the half with Phoenix Patterson and Shane Griffin both going close, but neither could beat keeper Stephen McGuinness.
Yassine En-Neyah should have done better with a chance that fell his way on the half hour mark before Junior Quitirna had three chances as the rain lashed down, but the attacker couldn’t beat McGuinness, who did make a smart save on 35 minutes.
After Conor Clifford saw an early second-half free kick deflected around Brian Murphy’s post, the breakthrough arrived on 53 minutes. Tunmise Sobowale released Roland Idowu down the right, and he put the ball on a plate for Louis Britton to finish left-footed.
Patterson thought that he had extended the lead two minutes later, but his effort was ruled out for offside, before the same player brought the very best out of Stephen McGuinness on 65 minutes as his cracking effort was saved, who also saved from Richard Taylor late on.