WHEN Johnny O’Grady was growing up in Coolum, Ballymacaw, his role as a solution-seeker and a problem-solver was being carved out from an early age. As one of six children, born to Chrissie Whelan and Johnny O’Grady, five-year-old Johnny experienced a devastating loss when his father was drowned off the coast of Ballymacaw in 1966. 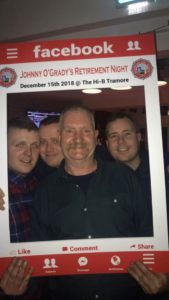 Reflecting back on that time, Johnny said: “My mother was a good woman, a hard worker, she had to raise six of us, it was a tough life for her, but she wouldn’t change a day of it. We were never short of anything, but in her later years she apologised to me for not having everything else for us. That was the never the case, we always had plenty and we always had love.”

In recent years, Johnny put in place a memorial cross for his father, who was a fisherman in the area. This can be seen on the coastal walk to Dunmore East, along with a memorial cross for Paddy Power and Paddy Kelly.  When Johnny was in the early stages of dating his now wife, Anne, a knock came to the door when he was sitting down to eat his dinner.

“Four or five children knocked at the door and asked me to go with them, they said Paddy Power is gone, we were walking along the cliff and he went over the edge. I was a cliff-climber then, I still am. I saw a cave and met John Kelly from Ballymacaw who was coming down from the other side and we reckoned the cave was where Paddy was. We had to wait for the tide to go out and we went down and found Paddy washed up, he had died. He was 13.”

Johnny retired from the Fire Service after almost 29 years of service, and like any member of the service will tell you, there are moments which inevitably remain with you. For Johnny, who had yet to join the fire service at this stage, that moment came in the most harrowing way.

“My friend was 24 years of age and we were out socialising. He had got a mobile home close to my house, he had come back from England. I walked up the Coolum road with John and he shook my hand and said, ‘See you tomorrow’. Under an hour later, I was taking out his remains from the fire. He had put on the chip pan and had fallen asleep. After that, I lost a year of my life.”

“When the job in the fire service in Dunmore East came up, I went for it and got it. I felt if I can get to the next person quicker than I did for John…”

Johnny started work in Dunmore East and he married his wife, Anne. Yet, change was on the cards again and when a job came up in Tramore, Johnny went for it. 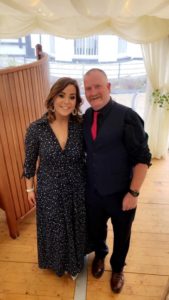 “I can live anywhere, on top of the Comeragh mountains, plant me and I’ll survive, but if I took the job in Tramore, my wife would see her family more. So we moved in 1995 to Tramore, lived with my wife’s family in Kennedy Park for a year, and in 1996 we moved into the new house we had built. I’ll always be a Ballymacaw man and if I stand on one of the piers of my house, I can see Saleen.”

The year before Johnny took on the role of Fire Officer in Tramore in 2000, he and his crew, together with the fire service from Dunmore East, attended the devastating helicopter crash in the sandhills in Tramore in 1999.

“There are an awful lot of callouts that remain with you and can change you inside. You look at every single one of them and you look back at them when you get home. The helicopter crash, it was us and Dunmore East fire services that had to pick up the pieces that day. Four coffins were delivered on site in the dunes and we had to place the remains in the coffins. What psychological training could prepare you for that? There would have been eight or 10 of us from the crew, and we were joined by Dunmore East, we were never really acknowledged for our role that day.”

Yet, despite bearing witness to so much devastation in his career, Johnny has always maintained a positive outlook. He acknowledges that some of the scenes can be extremely difficult, but they have taught him to look at how fragile life is, and how waking up to a new day is met by him with appreciation and gratitude.

“We see people coming home from shopping with their messages on the seat of the car and around the corner they die instantly in a head-on collision. You keep doing the best you can every day. I’m not worried about dying because I know I will see my mother and father again, I always feel I’m being looked after.”

When Johnny retired from the fire service at 58 years of age, he had already received an extension of service at the age of 55 and he had no choice but to retire. Despite feeling he could serve for another 29 years, he accepted their decision and he looked to the next challenge, which lay with Waterford Chamber of Commerce, where he serves as a buffer between Waterford and Tramore, promoting the town and serving its people. One thing is for sure, it will be a long time before Johnny O’Grady slows down. 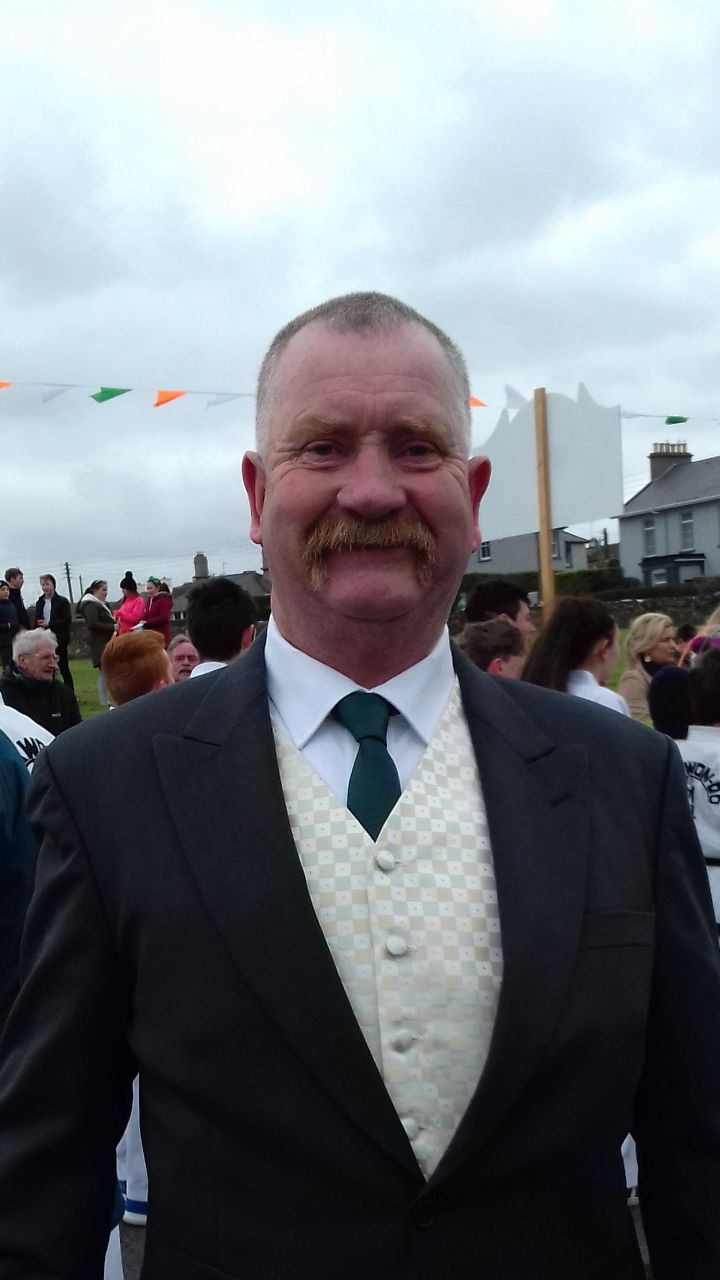 “I never know what’s coming next and I’m always ready for the challenge. People call me to say ‘you don’t know me but you know someone belonging to me and I have something I need help with.’ A girl called me on her wedding day, there were seven people locked in her bathroom, all getting done up and the door locked. I got a ladder, I was a bit skinnier then and I got in through the window and then suddenly there was eight of us in the bathroom and I got the door open!” he said laughing.

Yet the callouts are often more sombre. “In Dunmore East one day, the Garda Sergeant was looking in through a window of a house when I passed by. He said he didn’t know if the lady who owned the house was gone on the bus to town or if she was inside.”

They waited until the 2pm bus. Johnny came back at 2pm with tools and with their permission, he broke in and the lady was dead on the ground. To be a man who is so many things to so many people, Johnny needs a certain peace of mind – this he finds by climbing the cliffs, heading up the mountains and storing all the peace he finds until he needs it.

When the door closes at night with its piers facing Saleen, he looks at his wife Anne, and their children and he considers himself the luckiest man in the world.