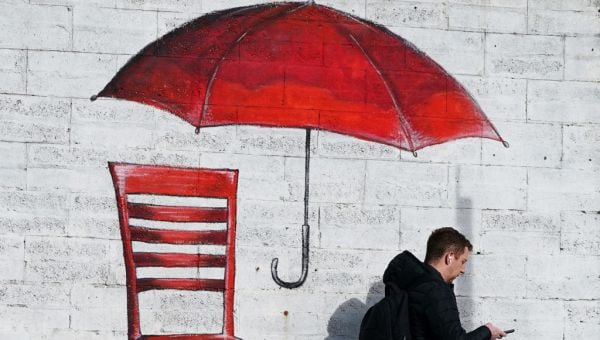 There could be spot flooding in parts of the country this evening with two counties under a status-yellow rain warning from Met Éireann.

The weather warning for Galway and Mayo, currently in force, will run until midnight.

“Further heavy showers or longer spells of rain may lead to spot flooding in places,” said the national forecaster.

Met Éireann said Saturday would be cloudy over the western half of the country with showers or longer spells of rain, some heavy, with the chance of isolated thundery bursts and hail.

Showers or longer spells of rain over the western half of the country today, some heavy with an isolated thundery burst possible. ⛈️
Elsewhere the showers will be more isolated.

It will be brighter further east, with scattered showers. Highest temperatures of 11 to 14 degrees are expected in Munster and Connacht, while it will be warmer in Leinster and Ulster with highs of 14 to 18 degrees.

Sunday will be another breezy day with frequent showers, some heavy with the potential for isolated thunderstorms.

The best of sunny spells will be in the east and southeast, Met Éireann said, with highest temperatures of 13 to 17 degrees.