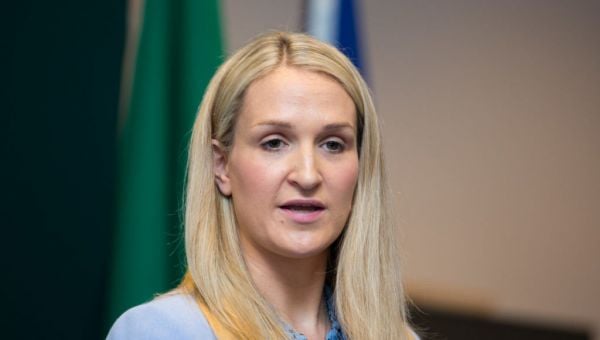 The Government has revealed a €363m five-year strategy which will focus on education from an early age on issues such as consent, healthy sexual relationships, and domestic violence, to be covered in an age-appropriate manner from primary school through to third level.

The maximum sentence for assault is also set to be doubled as part of measures contained in a zero-tolerance strategy to tackle domestic, sexual, and gender-based violence.

As the Irish Examiner reports, new training for healthcare and other frontline workers is to be developed by the HSE to identify domestic violence and refer victims to appropriate support services.

The strategy, due to be published by Taoiseach Micheál Martin and Justice Minister Helen McEntee on Tuesday, includes funding to double the number of domestic violence refuge spaces from 141 to at least 280 in the next five years, meaning places will be available in every county for the first time.

It is expected at least 100 of these refuge spaces will be rolled out by the end of 2023.

Ireland is currently providing less than 30 per cent of the places recommended under the Istanbul Convention and nine counties currently do not have dedicated domestic violence refuges.

“It is my commitment that anyone who needs a space or a bed or accommodation or safe refuge will get that,” Ms McEntee has said.

The plan is built on four pillars — protection, prevention, prosecution, and policy co-ordination — with each aspect getting equal emphasis.

A significant element of the strategy involves the reform of criminal laws.

As part of this, the maximum sentence for assault causing harm — one of the most common offences in domestic abuse cases — will increase from five years to 10 years.

Ms McEntee hopes to bring this legislation to Cabinet in the coming weeks and to have it enacted by the end of the year.

It is understood she is conscious that current maximum sentences mean that a person convicted of assault causing harm often only serves two years when other mitigating factors are considered by a judge.

The Government also wants to place an emphasis on prevention, with community supports and in-prison rehabilitation being further developed.

The strategy, which was delayed after further consultation was sought following the death of Offaly schoolteacher Ashling Murphy, will cover the next five years.

Meanwhile, the chief executive officer of Women’s Aid, Sarah Benson has said she applauds the ambition of the Minister for Justice Helen McEntee in the Zero Tolerance strategy to tackle domestic, sexual and gender-based violence.

Ms Benson told RTÉ radio’s Morning Ireland that she welcomed the objective of setting up “something centralised” which would incorporate other government departments.

The new strategy would require not just a whole of Government response, but a whole of society approach, she said. The level of ambition in this strategy exceeds anything that has gone before, she added.

Ms Benson said she commended the Minister for the whole of Government approach which would not let other departments off the hook.

The approach in the future would be collaborative which was urgently needed.