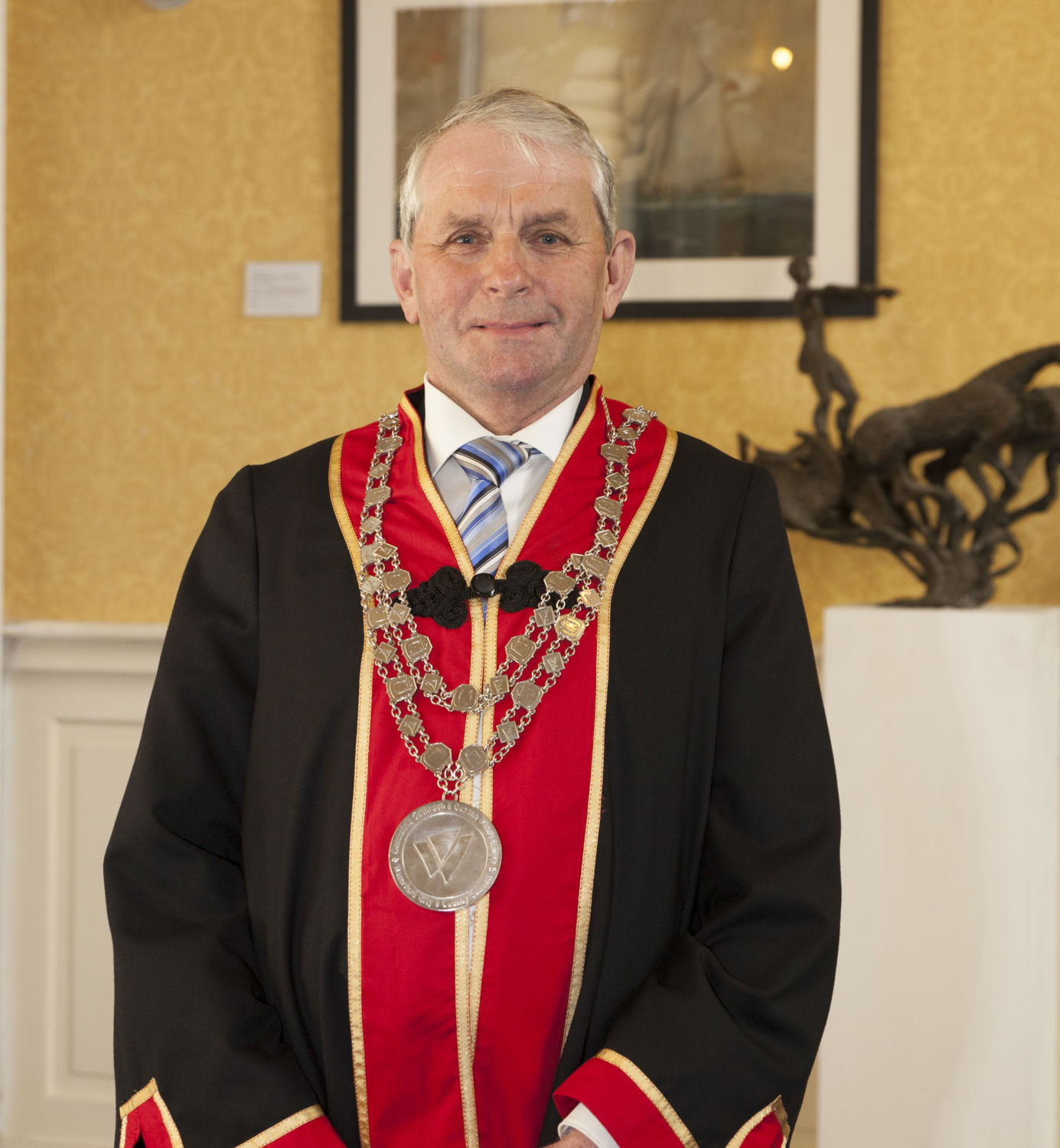 Cllr James Tobin, serving as Mayor of Waterford City and County in 2014/15

The devastating news of the death of a stalwart of the Fianna Fáil party in West Waterford and newly elected Deputy Mayor Cllr James Tobin has sent shockwaves across the county this morning.

“I have the honour of saying I knew James for over 30 years and in that time, I was privileged to work closely with him and consider myself a friend of his.

“I first met James when he was Chairman of the Waterford GAA County Board in 1984. As a proud member of Knockanore Shamrocks club, chairing the county board during the GAAs centenary year was something he was immensely proud of.”

James immersed himself in his community and undertook numerous roles in order to make a difference. He was a member of Knockanore, Glendine, Kilwatermoy Community Council, Member of South East Regional Authority and Vice Chairman of Déise Link Rural transport Committee, a role he particularly relished as he was committed to ensuring that people in remote rural villages and towns had access to transport to ensure they didn’t feel isolated. He was also Chairman of Board of Management of St. Carthages House Lismore.

“James’ commitment and dedication were far-reaching in local politics. He was a councillor since 1999 and in 2014/15 he became the first Mayor of the newly amalgamated Waterford City and County Council.  At the time, James stated that he thought this might be a difficult role, trying to bring two separate entities together so they would work in harmony.  However, it was something that he managed to do, almost seamlessly and in doing so, set a very high bar for future Plenary Mayors,” Mayor O’Leary said.

In 2020/21 James served as Cathaoirleach of Dungarvan/Lismore district Council. Less than a week ago James was elected Deputy Mayor of Waterford City and County. “I was very much looking forward to sharing my mayoralty with a man whose selflessness and dedication to his constituents were his trademark,” The Mayor said.

Sadly, James lost the love of his life, Anne, less than two years ago. “She was a woman he described as ‘his rock’ and he often recalled how she was so giving of her time to everyone she met.  Like James, the rural community held a special place in Anne’s heart.

“I would like to extend my deepest sympathy to James’ children Mairéad, Micheál, Seán, Áine, Séamus and Pádraig, their partners and grandchildren, and the community of Ballyhamlet, Tallow,” the Mayor said.

“James served as a councillor for over 20 years and in that time, his love of his family, his party and his community was evident. Even throughout the difficult time when he lost his beloved wife, Anne, James served with great dignity and strength. I would like to extend my condolences to his children, grandchildren, and extended family, to the community of Ballyhamlet and Knockanore, his party colleagues and fellow councillors,” Mr Walsh said.

Minister for Mental Health & Older People,  Mary Butler, Waterford TD stated how she is personally devastated and deeply saddened to learn of the death of her long-time colleague and dear friend, Cllr James Tobin. “James was an absolute stalwart of the Fianna Fáil party in West Waterford with 23 years of outstanding service. His skills of diplomacy, belief in fairness and ability to listen to all sides made him an excellent Whip of the Fianna Fáil Waterford Councillor Group, one who was highly respected among his peers.

“In a fitting tribute to his years of service, James was elected uncontested as Deputy Mayor of Waterford City and County Council on Thursday last. I was delighted he received this honour.

“This loss will be felt deeply by all who encountered James, his many friends and colleagues in the Council, his constituents and most of all his beloved family.

“James often told me that he took great personal pride in achieving the honour of being the first elected Mayor of the newly amalgamated Waterford City & County Council in 2014. I am so glad for his family that such a significant moment in James’ life will be recorded in the history books but I will remember him most for his inherent goodness and the gentlemanly manner in which he dealt with people every day of his life.”

“James is now reunited with his beloved wife Ann, who was his rock and will be greatly missed by his family, his friends, the Fianna Fail Party and all who knew him”.