ON THE FRONT: Another downgrade for UHW 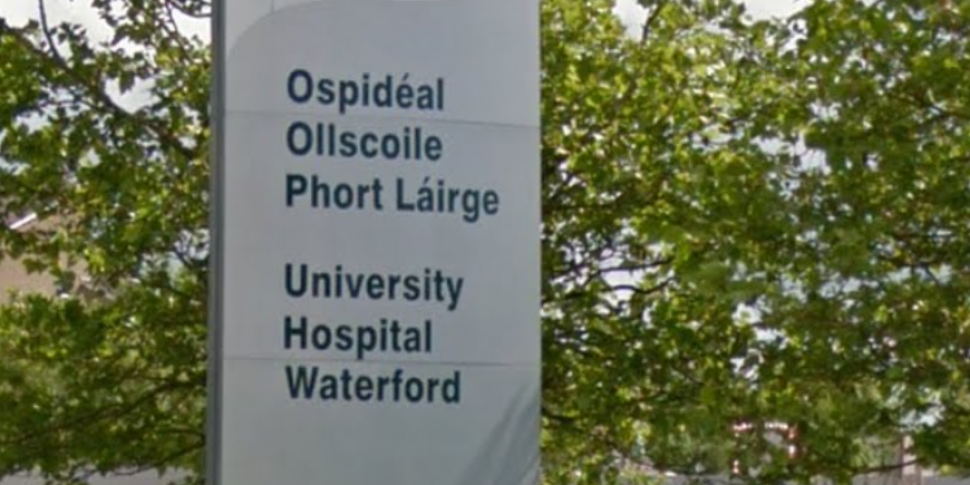 VASCULAR Surgical Services at University Hospital Waterford (UHW) are to be downgraded following a review of services within the South/South West Hospital Group (SSWHG).

The review, which has been seen by the Waterford News & Star will reduce UHW to a ‘Network Vascular Unit’ while Cork University Hospital (CUH) will be developed as the region’s Arterial Centre. Currently, there are three main vascular centres within the SSWHG – CUH, Mercy University Hospital in Cork and UHW.

Following this downgrade, MUH and UHW will be reduced to a vascular surgeon presence from “three to five days a week”.

It was instigated by SSWHG Chief Executive Gerry O’Dwyer who said that the overall purpose of the review was “to provide a framework for the development of Vascular Surgery Services in the SSWHG with particular reference to the role of the three current Vascular Surgery Units”.

The review had four objectives – to review vascular surgery caseloads, to assess staff and infrastructure capacity, to estimate unmet need in the hospital group and to make recommendations on the provision of vascular surgery services “in line with best clinical practice and co-dependent national clinical guidelines”.

The review states that the hospital group is serviced by the three centres named above “two in very close proximity to Cork City and one approximately 90 minutes away in UHW”.

With regard to UHW, the review states that the “catchment and workload at UHW cannot support the continuation of a vascular centre with required staffing”. It states that the volume of major cases performed in Waterford in the last two years was “relatively small” with the annual number of Index Procedures, AAA and Carotid being approximately 50% of the minimum number recommended for a vascular unit by the Vascular Society of Great Britain and Ireland”.

Interestingly, an Appendix in the review states the following: “University Hospital Waterford is a Level 4 hospital with a busy Emergency Department (circa 50k attendances) and many clinical service groups on site that require close links with Vascular Surgery, in particular patients with diabetic and renal disease. It is essential therefore that a substantial on-site

“As stated in this report, local patients currently attending UHW should only have to travel to the arterial centre for inpatient arterial procedures. Vascular outpatient clinics, investigations and interventions such as renal access, minor amputations, varicose vein procedures and day case endovascular interventions can be undertaken in UHW.”

“Vascular surgery is an integral part of trauma and orthopaedic services and is also a valuable back-up to interventional cardiology (when things go wrong),” the consultant said. “This appears to be an example of Waterford (UHW) being a caught in the middle of battles being fought by Cork and Dublin with the easy option always being to downgrade Waterford. Failure to fund and expand the services to appropriate levels always leads to false claims about its viability. If it’s not funded and resourced it won’t or can’t put through the work….”

Vascular Surgery is vital for diabetes patients and there’s a real fear that services that are already stretched will make life even more difficult for patients.

“To hear about this as a person living with T1 Diabetes 45 years, it’s like a kick in the stomach to be honest,” said Liz Murphy.

“I’ve unfortunately got Diabetes complications that we as people with Diabetes try to not get by managing it as best as we can. In the last month, after waiting over a year, I got to see a Vascular consultant in UHW. I’m now waiting for an ultrasound to see what next course of treatment will be. I’m one of thousands here in Waterford and the South East that suffers with Diabetes Type 1 and Type 2 and this will severely affect us all. Patients attending UHW for Peripheral vascular disease, or PVD, is a systemic disorder that involves the narrowing of peripheral blood vessels are growing year on year but yet they now want those patients to travel for that treatment. How can this be right? Why are we the patients who are affected by these changes not asked about how we feel about having to travel. Healthcare in this region is going backwards not forward.”

Another UHW consultant, who asked not to be named, told the Waterford News & Star that there had been “murmurings” about the review and possible downgrade.

“Like with the Herity Report, this review appears to have underestimated our hospital’s catchment area,” the consultant said. “Also, the ’90 minutes’ from here to CUH has been debunked too many times already so they should be banned from including that in all future reviews of our services. It’s also worth remembering that the hospital groupings are expected to change next year and our catchment area will grow again…what then for patients waiting on vascular surgery in the south east?”

The Waterford News & Star has contacted the South/South West Group for further information about the proposed changes to Vascular Surgery Services in Waterford but none had been received at the time of going to press.