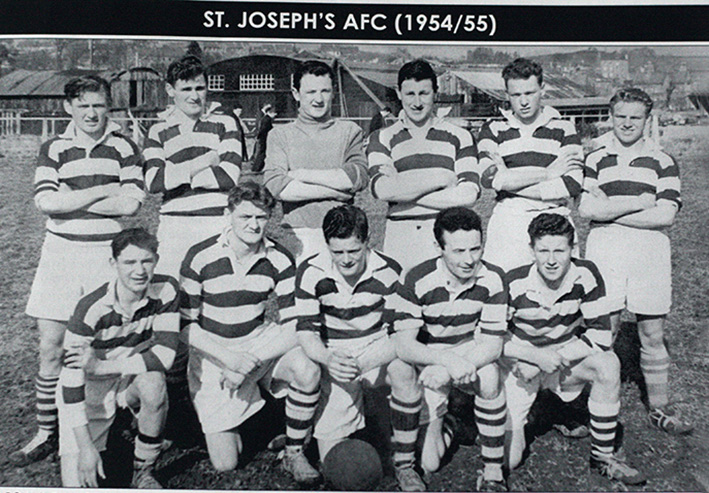 The football family of Waterford was saddened to hear of the passing of one of Waterford’s favourite sons, Pat O’Neill, this week.
As a player Pat was up there with the best and as a person you could not meet nicer.
As a young lad Pat came to the attention of Duffy Woolfson the founding member of Evergreen FC. It was Woolfson who gave Pat his first start in the ‘beautiful game’ and Pat took it with both hands. In his position as a winger Pat broke the mould as a goal scoring winger. As a young boy at Evergreen Pat was joined at the club by Shamie Coad and they became lifelong friends both on and off the field of play.
At the time the job of a wide player was to provide crosses into the box for the centre forward, Pat O’Neill had other ideas. He could score goals himself and was able to play off either foot so playing on the left side or right it made no difference to this every talented player. Pat, like many players of that time, went on to play with the St Josephs FC and join up with Alfie and Gerogie Hale, before moving to Kilcohan Park to play for Waterford FC during the late 1950s.

RECORD BREAKER
When Pat joined Waterford FC he scored a record number of goals for a winger, a record that was broken by the late Johnny Matthews many years later. He was capped on two occasions for the Republic of Ireland amateur team and Pat treasured those caps for the rest of his life. At that time Waterford born players were more or less left out in the cold when it came to winning caps but such was the brilliance of his skill of Pat O’Neill he was too good to ignore.
Pat played against Holland in Dalymount Park and against Scotland in the home ground of Hearts FC. With work and family commitments taking on a serious role in his life, Pat moved to local club Southend United following his successful years at Kilcohan Park. Following many excellent and successful seasons with Southend United Pat retired from football. Pat was present in Dalymount Park in 1980 and was thrilled to see Waterford lift the FAI Cup and his son Ken win the National skills competition prior to the game. 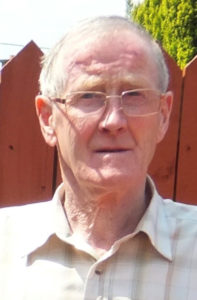 However after a chat with his pal Shamie Coad, Pat returned to the field in 1984 as a member of the Hibernians team that won the Waterford Division 4 League. That team was called the ‘400 Club’ because all of the players were aged over 40 years. That Hibernians team gained National coverage and they were actually featured on RTE on the Nationwide programme presented by Michael Ryan.

Pat will be sadly missed by everybody involved in football in Waterford to his family, sons Trevor, Eric, Ken, Alan and daughter Patricia. His grandchildren, Sophie, Aaron, Craig, Darryl, Abigail, Meaghan, Georgia, Alannah, Eabha, Ella, Rhys, Emmy, Zach, Oscar and Harry. We send our sincere condolences to them all.