ON THE SPOT with Dave Cronin 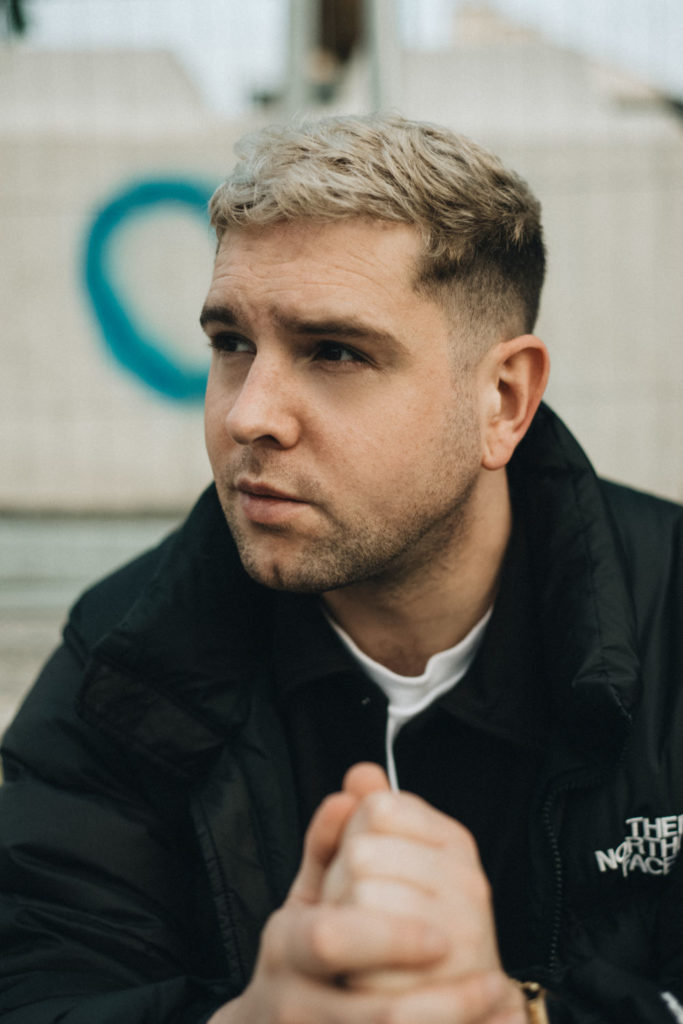 Beat 102 103 presenter and Virgin Media Television’s continuity announcer, Dave Cronin (30) is one of Ireland’s most recognisable voices. Working in media for over a decade, you’ll know him as your mid-morning voice on the radio, introducing programmes on TV, and for multiple brands globally. The West Cork native cautiously made the move to Waterford City in 2012 and had hoped to stick around for six months. Ten years on, Dave has made Waterford his home.

It would be really cliché of me to say everyday is different in my life and job, but I’m going to say it anyway. Don’t get me wrong, despite the adrenaline and excitement it’s sprinkled with plenty of gloriously mundane stuff, too! My day is split between my daytime radio show on Beat, my telly work, writing, voiceovers, copious amounts of coffee, my house plants, and endless emails. Shoutout to the Kingfisher gym for keeping me sane though when the clock strikes 5, or 6, or sometimes 7.

What brought you to Waterford?

You mean apart from the dulcet Déise tones? [Smirks] I moved here for a job, boring but true. To be honest, before I moved here, I didn’t know a whole lot about Waterford. That’s something which makes sense to me now, about 10 years on. It’s Ireland’s oldest city, but it’s sometimes the first to be forgotten amongst the others which is very unfair in my humble opinion because Waterford City has welcomed me with open arms as an “outsider” and has become my adopted home. I will admit, having lived in bigger cities, Waterford was a little bit of a culture shock in the beginning. Again, I’ve come to realise that’s actually part of the charm of this beautiful little city.

What advice would you give your 15 -year-old self?

For god’s sake, chill Dave! There’s plenty of time. I spent my teens wanting to be a “grown-up” and I was super ambitious. Sometimes when I think back, I think I unknowingly neglected lots of what being a teenager is about. My early childhood wasn’t exactly easy, so I think that in part explains why I was so eager to jump straight into adulthood. Deep, I know.

I’ve become a lot better at the whole work-life balance thing over the past few years. Especially post-pandemic. I love the gym, both for body and mind. No matter what sh*te is thrown at me during the day, that’s my happy place. I love the outdoors too, Dunmore East and the Greenway. Naturally I love music, festivals, and I adore travelling too.

I always say the worst question you can ask of a music broadcaster is to ask them to name their favourite song. I don’t have one. Instead, I’m a lover and champion of all things dance music, hence why Beat gave me a show at the weekends to showcase it (or maybe to keep me happy)! The 1980s film ‘Airplane’ with Leslie Nielsen is my guilty pleasure. It’s very much my ‘dad-joke’ silly humour.

This is a bit of a tough one because detrimentally to me I wouldn’t really describe myself as an outwardly ‘emotional’ person. I remember when my mum underwent some life-depending surgery recently, and came out the other end, I cried tears of joy.

When my close family were together for the first time in years just before Christmas in 2020. I live here obviously, and my sister had moved back to Ireland after emigrating to Canada. I had my first niece and goddaughter, and my mum was very grateful to have everyone under the one roof for the first time since we were adults. I remember she told me that was the first time she had switched off her phone overnight in years.

I don’t pray, but I’m definitely spiritual. I like to meditate when I can, in my own way. I’m not anti-religion in any way, I just don’t prescribe to it in my everyday life.

I don’t particularly like urban heights, or most heights to be honest! To “cure” my fear of heights I remember my parents in their wisdom thought it would be a great idea to send me to Switzerland with the Scouts on an adventure holiday when I was a teenager. Abseiling down Europe’s biggest gorge and bungee jumping off a bridge, needless to say it didn’t help! On a more sombre note, I also have a fear of passing away alone without friends or family.

At risk of sounding materialistic, it would probably be my phone. As much as I have a love/hate relationship with my phone I’d sometimes quite literally be lost without it. Thank you, Google Maps.

I live in the city centre, so I love Greyfriars, O’Connell Street, strolling around the Viking Triangle, the pubs, the people, People’s Park, the culture. As an outdoorsy person, I love that there’s lots of seaside no more than 20 minutes away in most directions.

Can I pick two? I’m going to pick two. First up, the traffic in the city. It’s not getting any better and it’s the bane of my life. Secondly, I’d love to see Waterford Airport return to commercial carriers. I travel for work and pleasure a lot, so I’m sick of seeing the M9 to get to Dublin Airport. I think it would be a huge socio-economic boost for the county and region. Let’s hope we can take-off on construction of the runway. Pun intended.