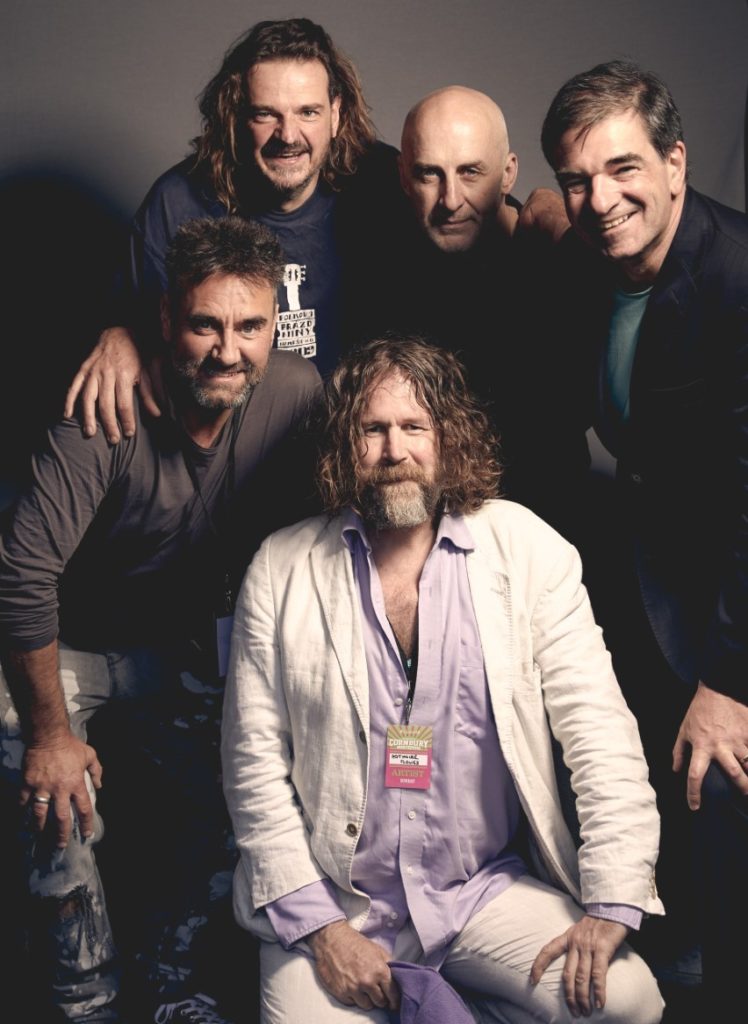 AFTER a great start to the Summer Sessions at the Haven Hotel’s Marquee on the lawn in Dunmore East, with top quality gigs from Susan O Neill & Toucan, The Ultimate Police and Cash Returns, there is a lot of excitement and anticipation building about the return of the mighty Hothouse Flowers to the village on Thursday, July 28 and it’s first House Music mini festival on Sunday, August 7. Tickets for these 2 are flying out and can be purchased (as for all Summer Session gigs) at www.thehavenhotel.com/events . The FREE gig bus will travel back to Waterford from directly outside the Haven at 11.30pm and 12.30am, on a ‘first come first served’ basis for all Summer Session events.

Because they have been around so long it is easy to forget what a talented bunch of musicians Hothouse Flowers are and the many peaks they have hit in their career. They had a meteoric rise in the late 80s, early 90s with breakthrough single ‘Don’t Go’ and 3 albums (People, Home and Songs From The Rain) that sold in huge numbers all over the world. They headlined Wembley Arena and the 30,000 Fleadh Festival in London, where Summer Sessions promoter Mick O’Keeffe  first booked the band. They sold out Dublin’s Point Theatre and every venue and festival of note in their native country and are still in big demand 30 years down the road. One of those crazy gigs back in the early days was on the lawn at the Haven Hotel where 2,500 people took every available standing spot (plus some in the trees) for the biggest gig Dunmore East has ever to see. Needless to say Paul Kelly and all the family are delighted to be hosting the lads again in 2022. down the road

Can you think of a more perfect location for a Sunday ‘Evening into Night’ House music session in the first week of August, than the Haven Marquee and it’s outdoor area overlooking the Atlantic ocean, we can’t ! House Music of course has been around for pretty much 30+ years now so expect a grown up, clued up crowd letting it all out and busting some moves for 6 hours of top quality house music from some of Ireland’s finest DJs. House @ The Haven is presented by Waterford’s 3 BIG dance music promoters Resistance, Republik and Get Down Edits, and it’s safe to say if you were at a dance music event anywhere in Waterford over the last 20 years from South to Electric Avenue, it would have been put on by one of these collectives.

Two absolute legends of the Irish scene, Billy Scurry and Shane Johnson (Fishgodeep) headline the event and both have played many memorable DJ sets in the Deise over the last 25+ years. It’s the first time the lads are back in Waterford since this pandemic that put the clubbing scene on hold for more than 2 years, so expect a feeling of unbridled joy and a dancefloor full of shiny happy people. Make sure you get out early (doors 5pm) for warm up sets by our finest local DJs, Republik and Get Down Edits residents. Second release tickets are almost gone, so don’t delay getting yours !