View from the Green Room: Hallelujahs for heavenly ‘Sister Act’ 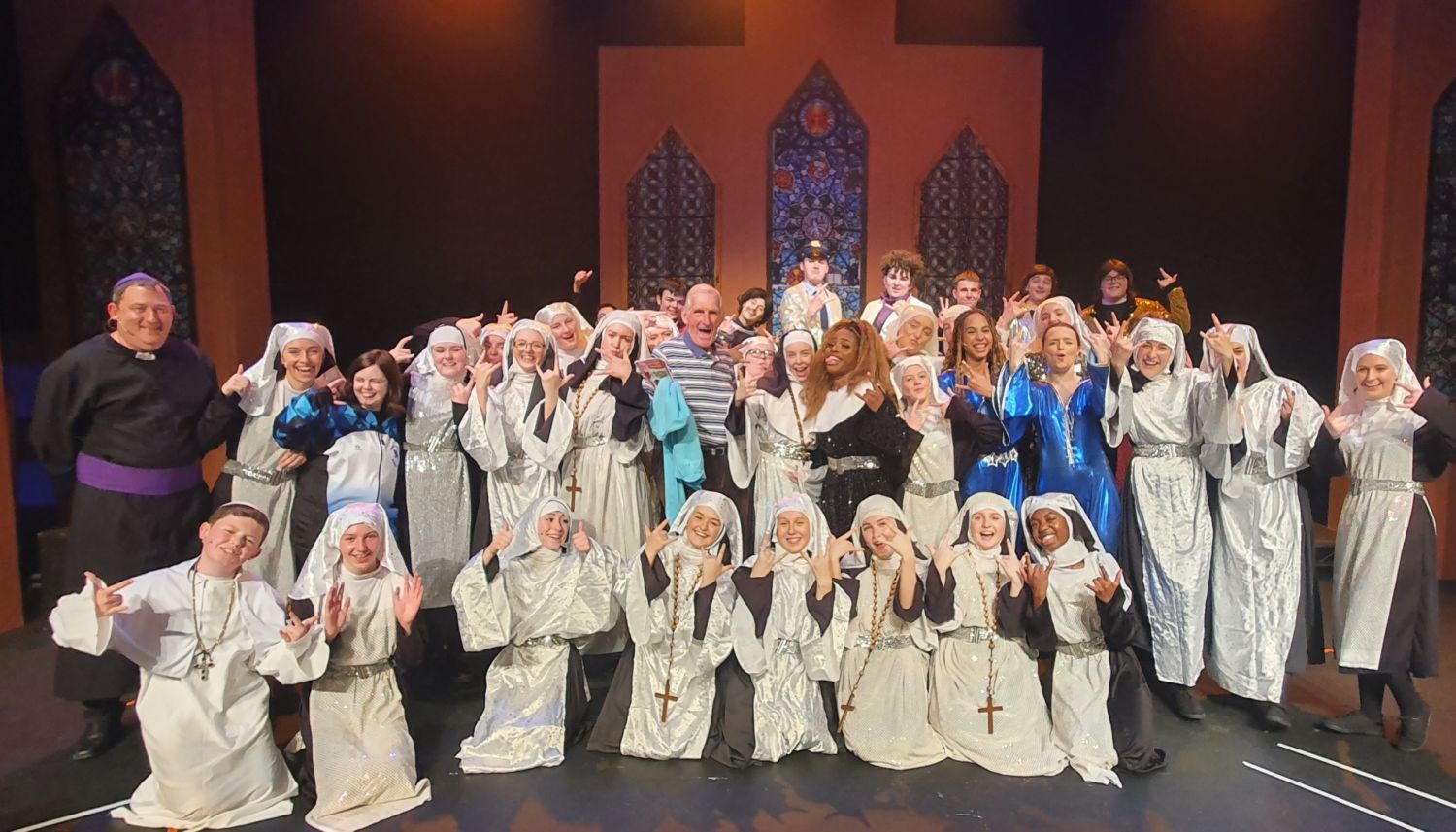 THE David Hennessy Stage School showcased Sister Act as its summer school production and what a production we had. Snappy, punchy, colourful, imaginative and a riot of fun from the get-go.

Throw in a collection of stand-out performances from up-and-coming stars and we had all the essentials for a highly entertaining show that filled veterans like yours truly, Mr Impersonations himself, Mike Williams, and AIMS President Rob Donnelly (my side-seat companions) with confidence for the future of musical theatre in Waterford.

Sister Act is the perfect show for any youth production. It’s a pretty direct narrative. Mob moll Deloris witnesses a murder, committed by her gangster boyfriend Curtis (the menacing Caoilán Walsh) and is now on the run and holed up in a convent for her own protection. The power of her personality transforms the convent choir and the lives of a number of the sisters.

It’s fun, it’s simple, it’s showbizzy and – be honest, now –  who doesn’t like watching cloistered nuns in habits rockin’ and groovin’ it like wannabee chicks at Oxygen.

Even – as it just happens – that the stage apron sisters are all under six and givin’ it socks. Using the youngest stage school members in the cast is a great idea because it introduces young people to the theatre at a very early age and will, hopefully, initiate a lifelong interest.

There’s a simple wrap-around chapel set with inset stained glass windows and a small pulpit to allow for Monsignor O Hara’s – aka Fionnán ‘Fatz’ Dunphy’s – announcements. Dunphy was hilarious as he ran through a host of Pat Shortt characters while he jived the night away and kept Mother Superior played by the excellent Robbyn Forristal on track as guardian to moll Deloris.

Robbyn was bang in character as the aloof convent boss with a great belt-soprano all evening. Fugitive Deloris takes over the convent chapel choir, enthuses a gospel sound from the sisters and also manages to coax timid-as-a-mouse Sr Mary Roberts (played by the excellent Niamh Scanlon) out of her shell with yet another “I am” moment in “The Life I Never Led”. Sister Mary Patrick (Aoife O’Connor), Sister Mary Lazarus (Eve Mulhall), Sister Mary Martin of Tours (Ava Guiden) and Sister Mary Theresa (Sophie Waldon) are all big players in turning around the fortunes of the convent. Tina (Jenna Forristal) and Michelle (Ursula Regan) get star turns as backing singers for Doloris.

Alan Power was superb as cool cop Eddie and will surely be playing romantic leads in the years to come. Tall and handsome, he’s got a fine baritone with a good range and has natural stage presence.

And he’s more than a match for the worst trio of crooks in New York: Joey (Dylan Power), TJ (Ivan Kiely) and Pablo (Dylan Ryan). And hats off to Josh Cowman who got to play Ernie/Pool Player/Cab Driver and a somewhat undersized Pope Paul VI. Jake Tubbritt, Sophie Murphy, Alex Quinn, Chloe Halloran and Callum Quinn all made significant contributions to this talented cast.

Avril Musgrave and Elaine Tighe costume the show while Christine Hennessy looks after hairs and make-up – no small task given the number of performers. David Hennessy’s “Sister Act” was a blast.