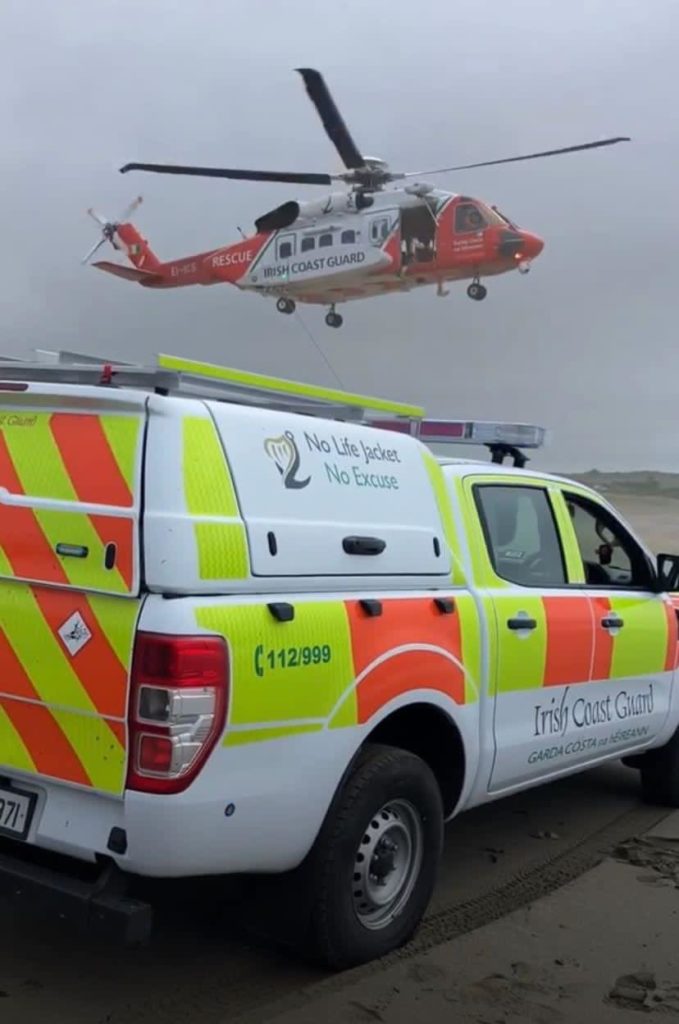 The scene at this morning’s rescue at Bonmahon Bay

A SWIMMER who got into difficulty at Bonmahon Bay at 8:35am this morning (July 24) was rescued by a combination of efforts from members of the public, Bonmahon Coast Guard (first on scene), Rescue 117 and Waterford Ambulance Service. Helvic RNLI were also minutes from the scene but were stood down when the man was out of danger.

The man had become caught in a powerful riptide when he was seen by members of the public who threw him a life buoy. He was taken out of the water safely and a paramedic from Rescue 117 treated him while an ambulance was en route. Brian Fleming, Officer in Charge with the Bonmahon Coast Guard, told the Waterford News & Star that the man was now “safe and well”.

“It’s a very positive outcome for a situation that could have been so much worse,” Brian said. “Speaking to the man afterwards he told us that he remembered the ‘Float to Live’ awareness campaign, which he said helped him so much when he was caught in the rip. This is sure proof that water safety education programmes work. If you see someone you think might be in difficulty along the coastline or inland waterways, please dial 112/999 without delay and ask for the Irish Coast Guard.”