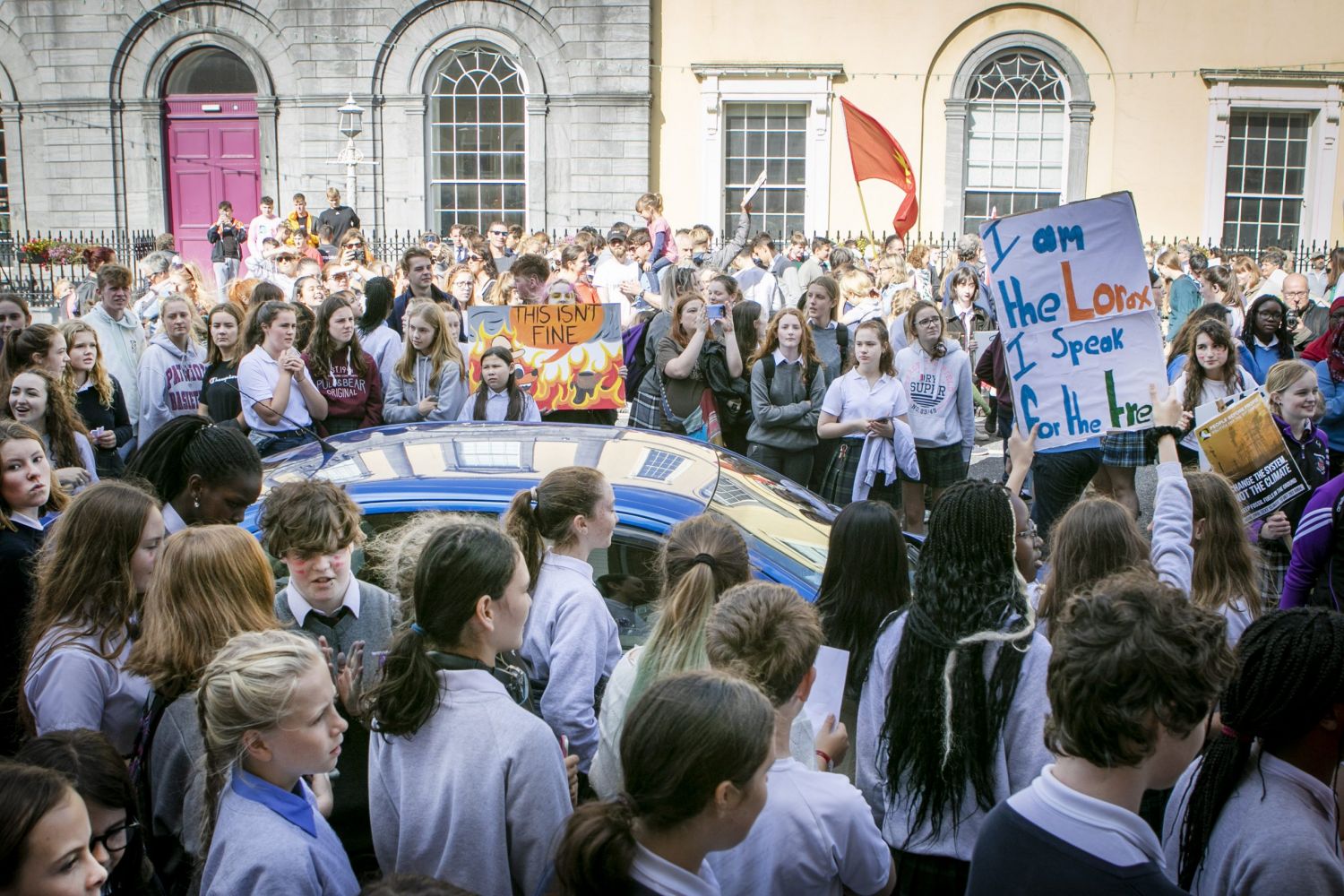 HAVE you spotted any naked emperors recently? Remember that story about the whole town admiring the emperor’s new invisible suit? How some clever tailors duped the whole community into believing something was real, when it wasn’t? How it took an innocent child to at last point the finger and say, “But the Emperor has no clothes!”

It’s a new pursuit of mine, to delve further into finding out the truth; to explore when is a fact, a fact, to look beneath the headlines and try to figure out what the big picture is, to wonder if we are focussing on the most important issues facing us all. Certainly that’s not what’s going on amongst the politicians of the world.

Last week as temperatures soared outside, tempers flared inside. The TV was full of Tories pushing themselves and each other forward, knocking each other out and all the while determined to win at all costs.

At home, shenanigans in the Dáil threatened to shake everything up too. Infighting, jostling for position and straight out aggression was the order of the day. Far from slowing down for the summer, momentum is building for the next coronation on both sides of the Irish Sea.

Meanwhile, high temperature records are being broken, fires are spreading all over Europe and drought and war will without doubt affect food supply next winter.

Global warming is the bigger picture and I can’t help wondering when the penny is going to drop? What exactly will it take for each of us to accept the inevitable, that our lives and our lifestyles are going to have to change radically? When will we hear our leaders get to grips with the future?

I could argue the toss about this for hours but I don’t. I’m racking my brains to think of ways to convince, persuade and support people to wake up and make the changes we need to make. But I am not sure anymore of the value of arguing the case or of getting into debating the hows and whys of it all. Is arguing about anything ever worthwhile? How else can you change people’s minds about anything?

The magic of the James Webb images that show photographs of the universe 13 billion years ago are mind boggling. Our tiny insignificant planet cannot possibly be the only one supporting life, can it? If these images are from so far back in time, then by now, there must be other species out there. Going from the sublime to the ridiculous, our lot have been so preoccupied with arguing the toss about who is in charge and for how long that they have missed the fact that we are destroying the only planet that we know of that sustains life in this wild and wonderful universe.

It’s easy to take a stand when you have the facts. For example, arguing about getting your share of something is relatively simple. Where there are two apples and two people, you get one apple and I get one. We share.

Everything becomes more complicated when we argue about beliefs or about whether facts are true facts or fake facts. Can facts ever be open to interpretation? Just by someone shouting, “That’s fake news,” how do we know if they are right? How do we even know which news is real and which is a grey area?

One thing is certain, when you have a stake in an argument, you are more likely to dodge the facts. And we all have a stake in our western way of life. We have too much stuff, cars that wreck the environment, food that costs air miles before it finally lands on our dinner plates, lifestyles that create toxic waste. We are out of time and still we cling to all our familiar habits. We somehow avoid the facts because they don’t suit us.

As London burned in temperatures of 40 degrees was the writing finally on the wall? Facts are facts and there is no escaping that when your house is literally burning to the ground. Gradually, will we admit that the emperor has no clothes? That there is no going back now. We will go way beyond the 1.5 degree target and the question is who will shout stop.

I thought I would be long dead before the worst of it would kick in. Surely now we are seeing the signs that all of this is happening much faster than scientists predicted.

So when the weather cooled and the rain finally arrived on a warm and cloudy morning, I just stood there astounded by the beauty of it. Soft rainfall drenching my veg and the thirsty trees and plants. If we love our home on this planet enough, maybe we will do what we need to do to save it all?

I definitely love it enough.