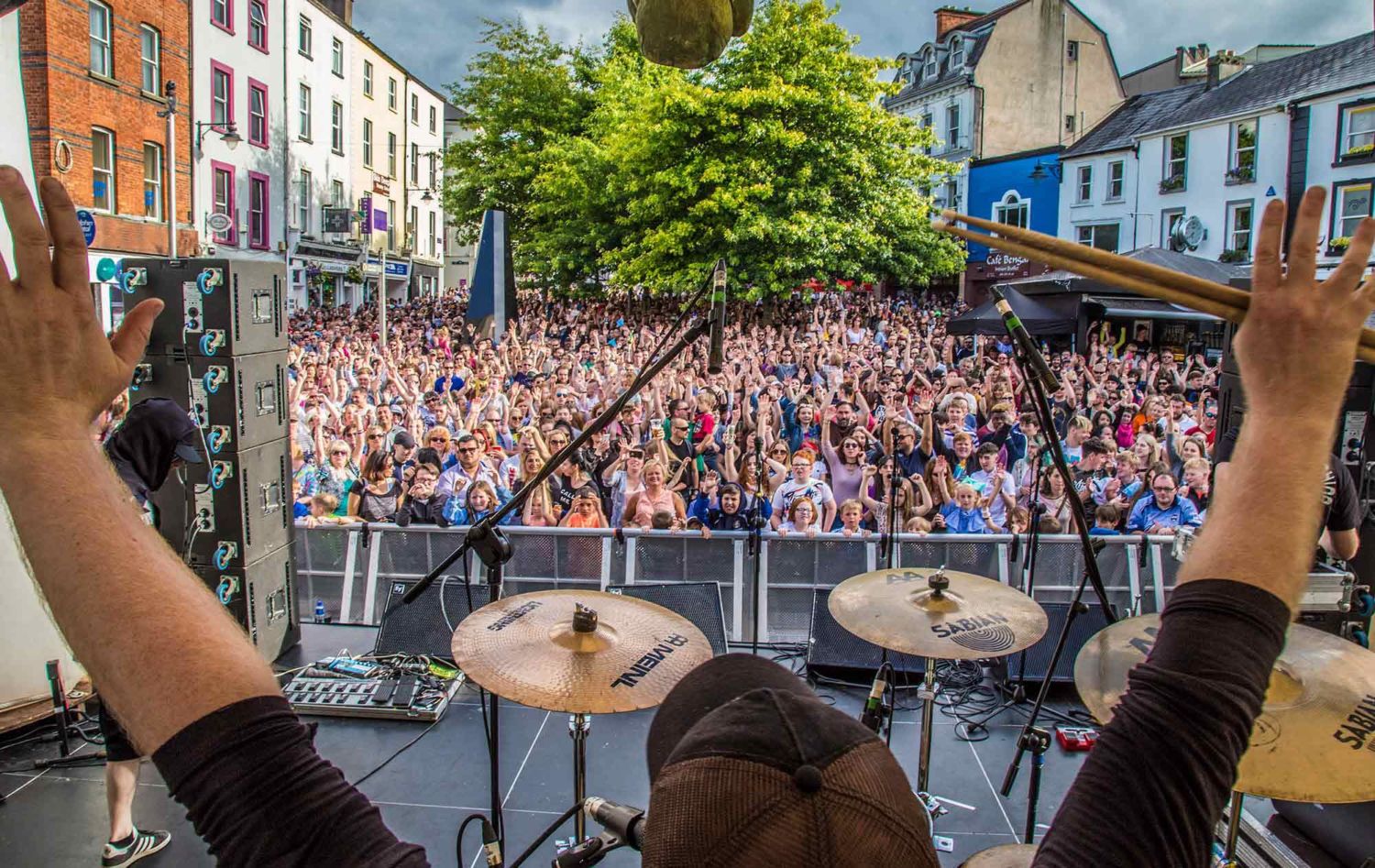 SPRAOI and All Together Now (ATN) are back to kick off a mega August Bank Holiday weekend in Waterford! The country’s oldest city and the beautiful estate of Curraghmore – the family home of Lord Waterford – are readying themselves once again to put on two parties to end all parties.

As the Déise’s – and the country’s – favourite street theatre festival prepares for a weekend of wonderful mayhem, it is also marking a milestone 30 years of creating fun in the heart of our city.

While Spraoi didn’t hang up its cap entirely during the Covid pandemic – creating smaller, novel street theatre installations and experiences to keep spirits up, it has had to wait for two years to fully unleash its unique brand of fun that we all know and love so much.

And central to that are people – whether they are the street theatre artists themselves, the audiences who gather in crowds and find themselves laughing uncontrollably, the army of volunteers or the parade participants, locals who for a brief period as the sun sets on the Sunday of the August Bank Holiday throw caution to the wind and embrace an inner creativity.

Our city literally makes the circus happen, from Johnstown to the Quay, before closing it all off by shooting fireworks into the night sky over the River Suir.

Meanwhile, ATN’s organisers have been equally busy transforming the broad expanses of Curraghmore Estate into a haven for music, spoken word and culture lovers. They have assured that a robust traffic management plan has been put in place to address the extreme tailbacks and delays that were experienced in 2019.

Huge names in music are included among the line-up, including Nick Cave & the Bad Seeds, Rufus Wainwright, Underworld, Waterford’s own King Kong Company, Denise Chaila, and so many others. Stradbally was once the mecca for music festivals in Ireland, but Portlaw is gaining serious ground with this very special festival in a truly spectacular setting.

The last decade has seen an end to Waterford hiding all its gems – and while Spraoi and ATN going toe-to-toe on the same weekend might seem somewhat self-defeating, as visitor numbers increase for both events with a profile to attract all ages perhaps it is a tide that will rise both ships.

Whatever else is going on across Ireland this weekend, the national holiday conversation will be predominantly about Waterford, and that can only be a good thing.

Get out and enjoy!