“We’re oozing pride and disappointment at once” 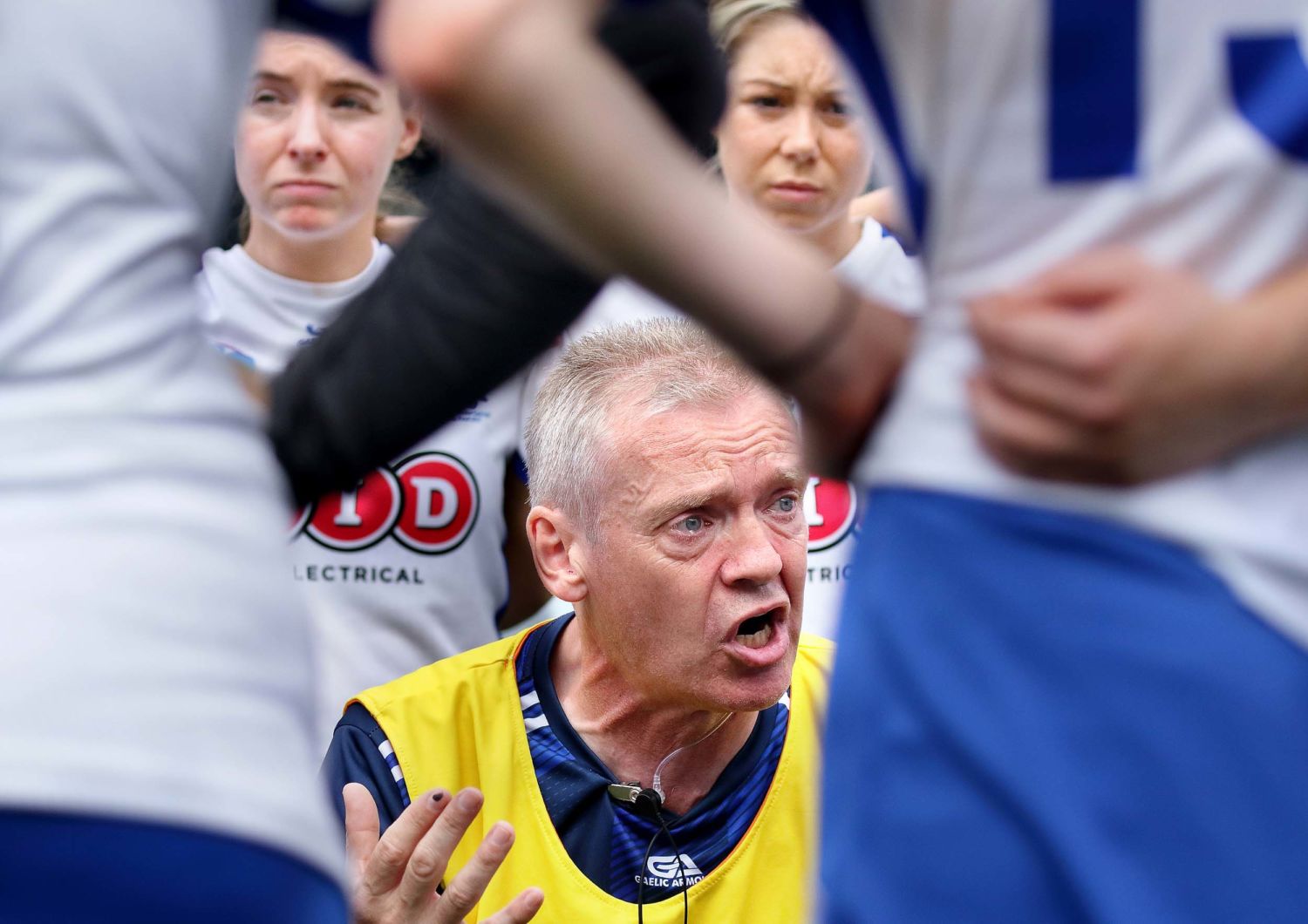 Déise camogie boss Derek Lyons was devastated when he made it back to the Cusack Stand dressing rooms on Saturday evening. A journey that started on December 5 was at an end. He broke down as he spoke about the gigantic effort his side gave.

“Just gutted. They’re just immense, every one of them. I’m a bit emotional to be honest with you. Because of the occasion and because of the effort they put in. We’re always fighting just to get them on the map and to be fair to them, today they did Waterford proud. The efforts that they put in all year long, we see it every night in training. We’re just oozing pride for what they did there today and equally we’re oozing disappointment that they didn’t get just rewards for their efforts. Look, we were there or thereabouts for 55 or 56 minutes and to be fair to Cork, you have to give them credit, they found a way to get around us.”

The players were just as drained as the manager. “They’re absolutely shattered. Not only from the effort they put in but the fact that they lost. On another day, they wouldn’t be so disappointed but that’s where they’ve come to now. They’ve raised the bar themselves. The moral victories, we need to get beyond those. We are here again today talking about a moral victory. It’s a little bit offensive I find. These girls deserved to win the game today, they did enough to win it. Even losing by five points, I don’t like the look of that scoreboard. It’s a bit like the last time we played them in Walsh Park, six points. It is what it is. They found a way in the last six or seven minutes to get on top. We were just out on our feet; the girls gave everything.”

Boos rang out around Croke Park during the second half as the Waterford fans felt that Lorraine Bray was fouled by Ashling Thompson. Lyons had a word with referee Ray Kelly afterwards. “I spoke to Ray after the game. At the end of the day, he’s still one of the best referees in the country and I wished him well if he gets the All Ireland final. A couple of things we felt we could have got and if we got them, it might have kept the scoreboard ticking over at crucial times. I think a bit of fatigue kicked in towards the end. They couldn’t have given any more, they couldn’t have given any more at any stage during the year. They’re just an immense bunch of girls and we’re so proud of them. They’ve raised the profile of camogie in Waterford.”

He agreed that Waterford found it harder to win frees. “If Cork people hear me giving out about the referee, they’ll say that I’m being a bit sour about it. I’ve had my few words with Ray afterwards. I just genuinely wish him well. I think he’s arguably the best camogie referee in the country. He did say before the game, in his defence, that he’d be letting the thing move. I still felt there were opportunities we could have got. It looked that Cork got a few of them that little bit easier. Look, I can’t take it away from Matthew Twomey and his backroom team. They managed to hang in there for most of the game. I spoke to Matthew and he had some kind words for our girls. We wish Cork the very best in the final.”

The chant of ‘Waterford, Waterford’ went up from the Hogan Stand throughout the game as the young white and blue fans came out in force. “The most pleasing thing for me and the lads is to see so many young children come up the road from Dungarvan, Modeligo, Butlerstown, Tramore and Ardmore to see these girls playing. Those young girls are in awe of those players on the field. They want to be the next Lorraine Bray, the next Beth Carton, the next Niamh Rockett and the next Rachael Walsh and the next Mairéad O’Brien. I could start naming names all day long.”