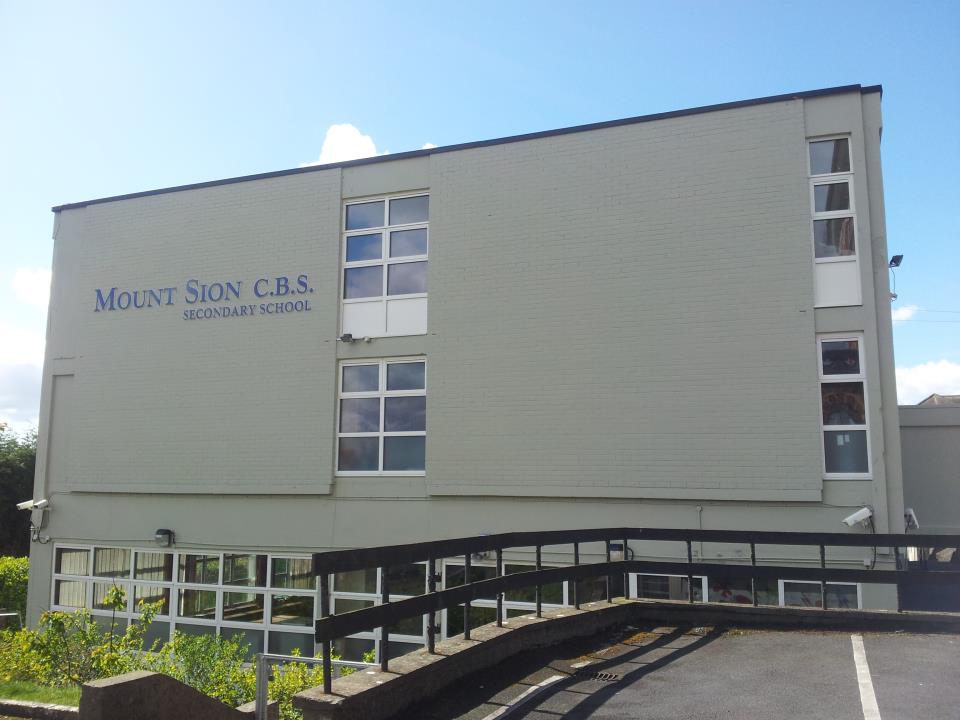 MOUNT Sion Secondary School has been given the green light for a new €20m build according to an announcement made this morning by Minister for Mental Health and Older People, Mary Butler TD.

The new school will be future proofed to ensure capacity of up to 500 pupils, with 430 currently enrolled. It will also have capacity for four Special Educational Needs classes to support pupils with special educational and complex needs.

The project cost of the new build will be circa €20 million and Minister Butler says that it represents a significant milestone for Mount Sion Secondary School.

“I recently visited the school alongside Minister for Education, Norma Foley TD, who has now sanctioned the new build for this historic inner-city Waterford school,” Minister Butler said. “Mount Sion has been educating young people in Waterford since 1802 and was the first Edmund Rice school in the world. Mount Sion proudly holds the title of ‘School of Sanctuary’ with 35 different nationalities attending this historic school, encouraging positive mental health, wellbeing and inclusivity. I have been working closely with Principal Edward Kennedy and Chairperson of the Board of Management, Pat McEvoy, and received a great welcome to Mount Sion on a number of visits with the purpose of progressing this vital project. Principal Kennedy, Mr. McEvoy, the Board of Management and the entire school community deserve great credit for their drive and ambition in seeing this project through from inception to fruition.”

Arrangements are currently being implemented to ensure that appropriate contingency plans are in place to ensure that the pupils continue to be educated on site when the new build commences and interruption to daily schooling is minimal.

Mount Sion CBS Secondary School Principal Edward Kennedy told the Waterford News & Star that everyone was “thrilled with the news”.

“This is long overdue for our school and is absolutely what our students, their parents and our dedicated staff deserve,” Mr Kennedy said. “It will provide us with state-of-the-art education facilities required in a modern 21st century school. It’s a major investment and it signals the commitment by the Department of Education in the further progression of Mount Sion C.B.S. It is also a great news story for Waterford City and will generate employment during its construction phase and as well as enhancing the skyline in the centre of Waterford City and provide education accommodation for generations of students to come.”

Minister Butler said it was the latest in a line of educational investment in Waterford.

“This fantastic news follows continued investment in education in Waterford as shown in St Declan’s Community College in Kilmacthomas, Augustine College – The Friary in Dungarvan and the Blackwater Community School in Lismore where, a 12-classroom extension is underway,” Minister Butler concluded.  “Waterpark Secondary also received the go ahead in the last week to commence their extension which, sees preliminary works ongoing while students are on summer break.”