When all the city’s a stage 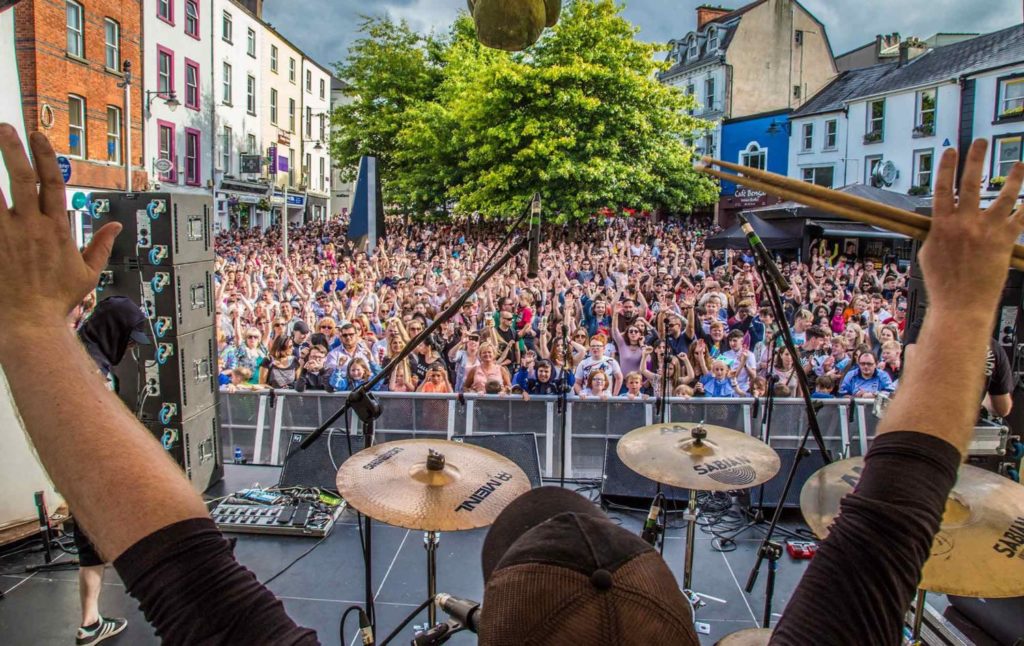 WE must go back a full 31 years to witness the seeds of Spraoi being planted, from the soils of Galway’s most precious group – Macnas.

In 1991 Macnas brought an event to Waterford called “Tir Faoi Thoinn”, which was a celebration of all things mythical and injected the city with boost of sound and colour the like of which had rarely been seen on the streets of Waterford.

They returned again in 1992 with ‘Táin’ at the invitations of the founding fathers and mothers of what we now know to be Spraoi, but was first called “The Waterford Summer Spraoi”. It started as a mini-festival but has now become an institution famous the world over.

An appeal for Spraoi volunteers, placed 30 years ago tells you all you need to know about what drives the festival. Twenty-five volunteers were originally requested, for an event called “Africa to Aran”, which was to be a 30 minute dance and rhythm show that would be performed at various sites throughout Waterford over the August Bank Holiday Weekend. The first stipulation for any would-be volunteers: “You have to be absolutely MAD”. Something incredible was happening – art was moving out of the theatres and galleries and spilling on to the streets of Waterford. The people behind the scenes, of which there are too many to mention individually, were no strangers to this concept having trail blazed with “Arts for All”, which brought theatre, dance and mayhem on to housing estates throughout Waterford City. There was clearly a hunger to break-out, let loose and free some Deise minds in the process.

I spoke to TV Honan recently about Spraoi and its legacy and he said that he loved the idea that a generation of people got to encounter performance art, of all different kinds, “as they walked out of Penny’s”. The first generation witnessed the explosion and the generations that follow continue to revel in the fall-out.

This was the mastery of Spraoi. I remember when it started, I was a 12-year-old whose only experience of art came from the Regina Cinema. There was a sense that Spraoi was saying “Ok, if you’re not going to come to art, we’re going to bring art to you.” What started out as the August Bank Holiday Weekend slowly, but very surely became “The Spraoi Weekend”, when you never knew what you were going to see when you turned the next corner.

“Spraoi is a uniquely Waterford thing,” TV said. “It’s something people feel they own because they made it themselves or at least they know someone who did.”

That is absolutely true, and I say that as someone who never actually volunteered for Spraoi. In fact, until I became a journalist I was, one hundred percent, a leech sitting contently on Spraoi’s succulent arse. I loved it, even though I wasn’t actually a part of it.

A part of something special

If we had visitors from out of town staying for Spraoi Weekend, I talked about it as if I invented the entire festival myself. That’s what Spraoi means, we all feel like we are entitled to a little part of it because it happens all around us and not in some dark building where we need to buy tickets and then stay silent once the show starts.

I knew people that were integral to Spraoi – people like my good friend Nick Kavanagh whom I have always admired for his many endeavours, all of which are for the betterment of the arts and in particular the arts in Waterford. But more than that, each one was born out of an ambition to entertain, to create and to nurture other people’s creativities – ambitions he held even back in our Mount Sion days. There are dozens of people like Nick in Spraoi and we are lucky to have them, volunteers who are passionate about what they do, not too dissimilar to what happens in GAA clubs up and down the country.

“I’ve always liked the idea that Spraoi, like sport, is one of those rare things that’s a cross-generational attraction,” TV said. “People of all ages made and make it happen. Younger people learned a lot from older people at Spraoi and vice-versa. People of all professions and none volunteered and created it, even the town undertaker.” 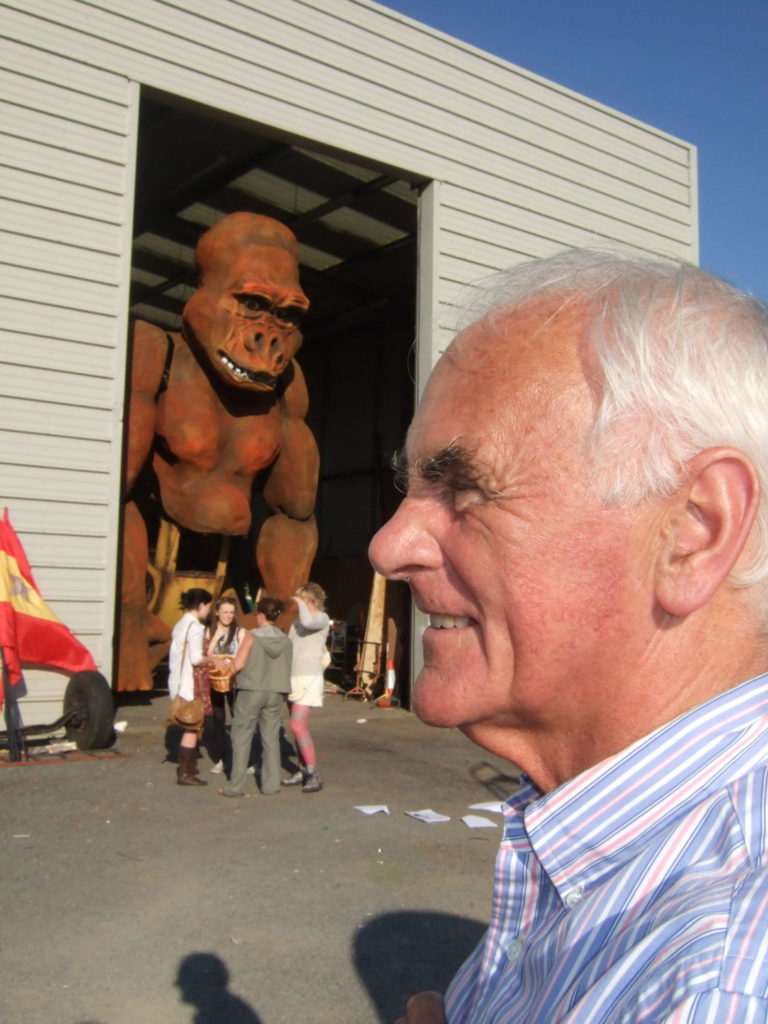 There is a wonderful picture of John Thompson on this page and depending on your own personal artistic interpretation, you can take any number of things from it. For me, I see a many who has seen it all, but is hungry to see more.

There’s King Kong, representing the incredible creations that Spraoi has unleashed on our streets over the years – gorillas, whales, dragons and of course who can forget when Gulliver travelled the streets of Waterford? And then there’s the youth, those who grew up with Spraoi and would do anything to be a part of it.

“I love that picture of John Thompson,” TV said. “Once in a parade we cast him as the captain of a ghost ship. That’s pure Waterford dark humour boy!”

Spraoi is created by a swarm of people from all walks of life and it’s created for everyone.

“It can be easy to forget (if I say so myself) that because we’ve all grown up with Spraoi we’re accustomed to it,” TV said. “It’s sometimes hard to realise that when people outside Waterford think of us, they think of glass, hurlers, greenway and Spraoi. A group of community-rooted artists and their supporters have created a recognisable brand.”

And that’s truly something to be insanely proud of. For the last two years, the August Bank Holiday weekend was an unlit firework.

Walking the streets of Waterford and not being accosted by absurdity, or seeing a circle of people in the distance enthralled by something that doesn’t belong in middle of a road, was a surreal and sad existence.

The fact that the title Spraoi Weekend returns this year is something we should all be grateful for. Let it never stop growing and let it forever be fuelled by the many generations to come. Let Waterford forever be a stage for tomfoolery, sublime talent and insane imaginations – even if it’s just for that one weekend.