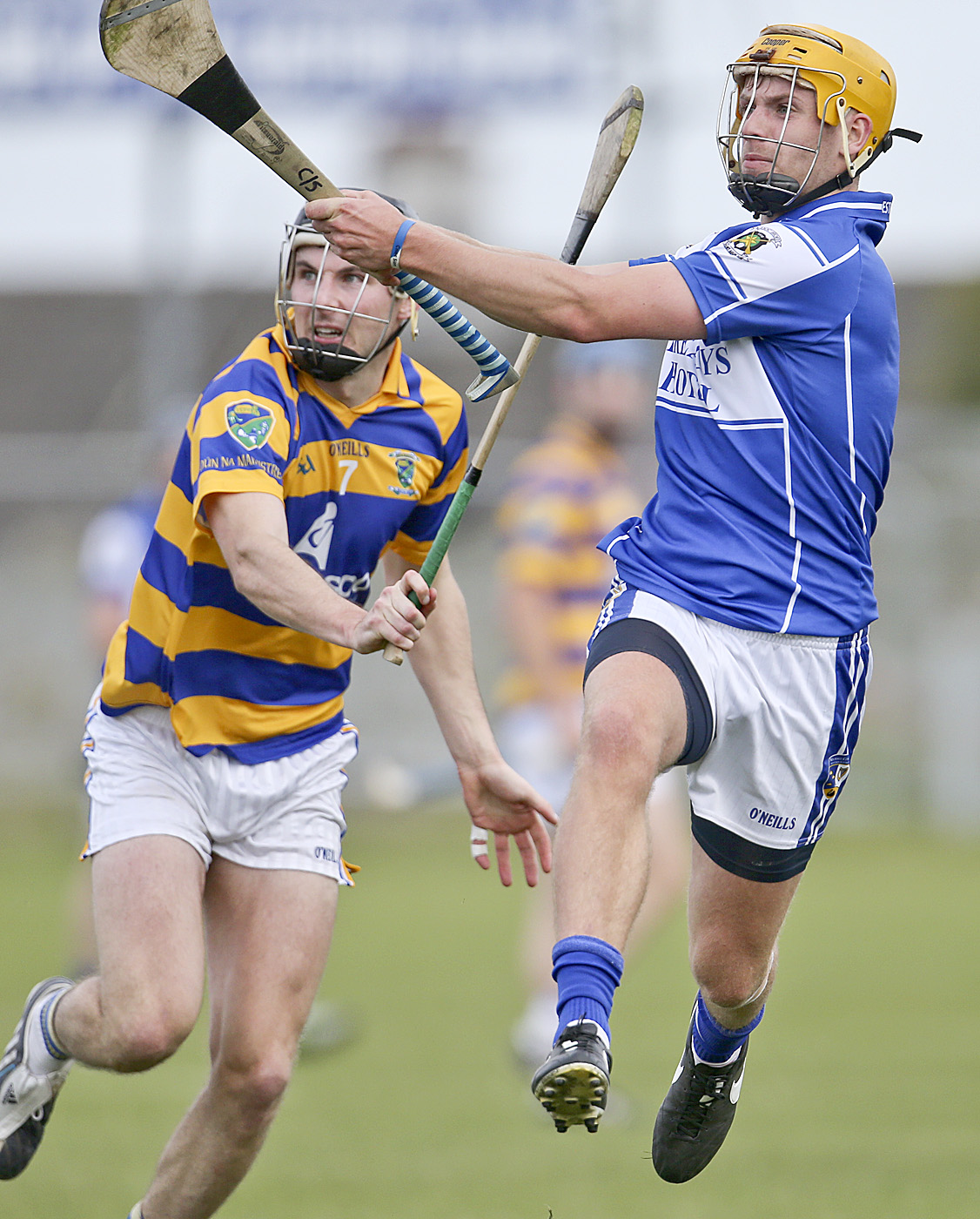 Mount Sion’s Martin O’Neill will be hoping that his side can get off to a flyer against Abbeyside in their Co. SHC opener at Fraher Field. Photos: Sean Byrne.

On Sunday next Fraher Field will host two very attractive games in the opening rounds of the Senior Hurling Championships with last years defeated finalists Roanmore seeking a winning start against Lismore while Mount Sion will be seeking to show that their semi-final performance against Ballygunner was no flash on the pan as they face an Abbeyside team that failed to live up to expectations last year.

The opening game in Fraher Field on Sunday brings together the two teams that extended Ballygunner in last year’s championship. Abbeyside, when coming within six points of the champions in a closely fought Group game and Mount Sion on pushing them all the way in a thrilling county semi-final.

For Mount Sion, this year, the incentive will be to prevent Ballygunner from equalling their nine senior titles in a row held jointly with Erins Own while Abbeyside will see it as being time they delivered on the promise shown at underage level over recent years that has seen the club win five Western U-21/20 titles in succession as well as the County U-21 title.

Having regraded players such as Patrick Hurney and Richie Foley it can be expected that Abbeyside will put faith in some of their younger stars coming through this year in the persons of such as Charlie Treen, Seanie Callaghan, Colin Foley and Oisin O’Riordan. It had been reported that Abbeyside’s county players, Michael Kiely and Neil Montgomery, had gone to the U.S.  to play following Waterford’s exit from the championship but Montgomery suffered an injury and returned home and it is hoped he will be available on Sunday next. While Abbeyside supporters will be looking forward to Kiely’s return they will be looking for big performances from Conor Prunty and the experienced Stephen Enright in goal and Mark Ferncombe in attack.

Mount Sion can be expected to put in a big effort here and will be looking to Austin Gleeson to produce his best form alongside experienced campaigners Ian O’Regan, Stephen Roche. Owen Whelan, Martin O’Neill and their younger players who have established themselves such as Luke O’Brien, P. J. Fanning and Alan Kirwan.

It should be a very close game with the result hinging on whether Abbeyside will be at full strength or not.

There is a record of some rivalry between these sides and in recent times Roanmore have had the better of the exchanges. Throughout the recent league Lismore found numbers very hard to come by for a variety of reasons and failed to fulfil a number of fixtures while fielding very much below strength in those they did play. They will be far better organised for this game though it remains to be seen if county players Jack Prendergast and Carthach Daly will be back from America for this tie.

There can be no doubt but that Lismore at full strength, with Iarlaith and Carthach Daly and Jack Prendergast on board can be formidable opposition for any club side and then, of course, there is the redoubtable Maurice Shanahan who has on many an occasion, proved a one man wrecking ball where opponents are concerned. At club level few can impact the outcome of a game as does Maurice Shanahan and if he is at his best on Sunday Roanmore could be in trouble.

Roanmore will be drawing on their experience in reaching last year’s final to motivate them going into this championship. It was an achievement for Peter Queally’s men to reach the final but there they came up against a Ballygunner side at its best and while the enormity of the occasion may have played its part the Roanmore players know they are much better than they showed on that day.

Roanmore will be well tuned up going into this game with young players such as Jack Chester, Conor Ryan, Rory Furlong, Cian Wadding and Ethan Flynn coming on strong from last year’s final defeat and then there are the experienced players such as Billy Nolan, Frank McGrath, Emmet O’Toole and top scorer Gavin O’Brien to provide the leadership.

It will be a very interesting game with Roanmore going in as favourites but needing to keep Maurice Shanahan in check if they are to get the win. 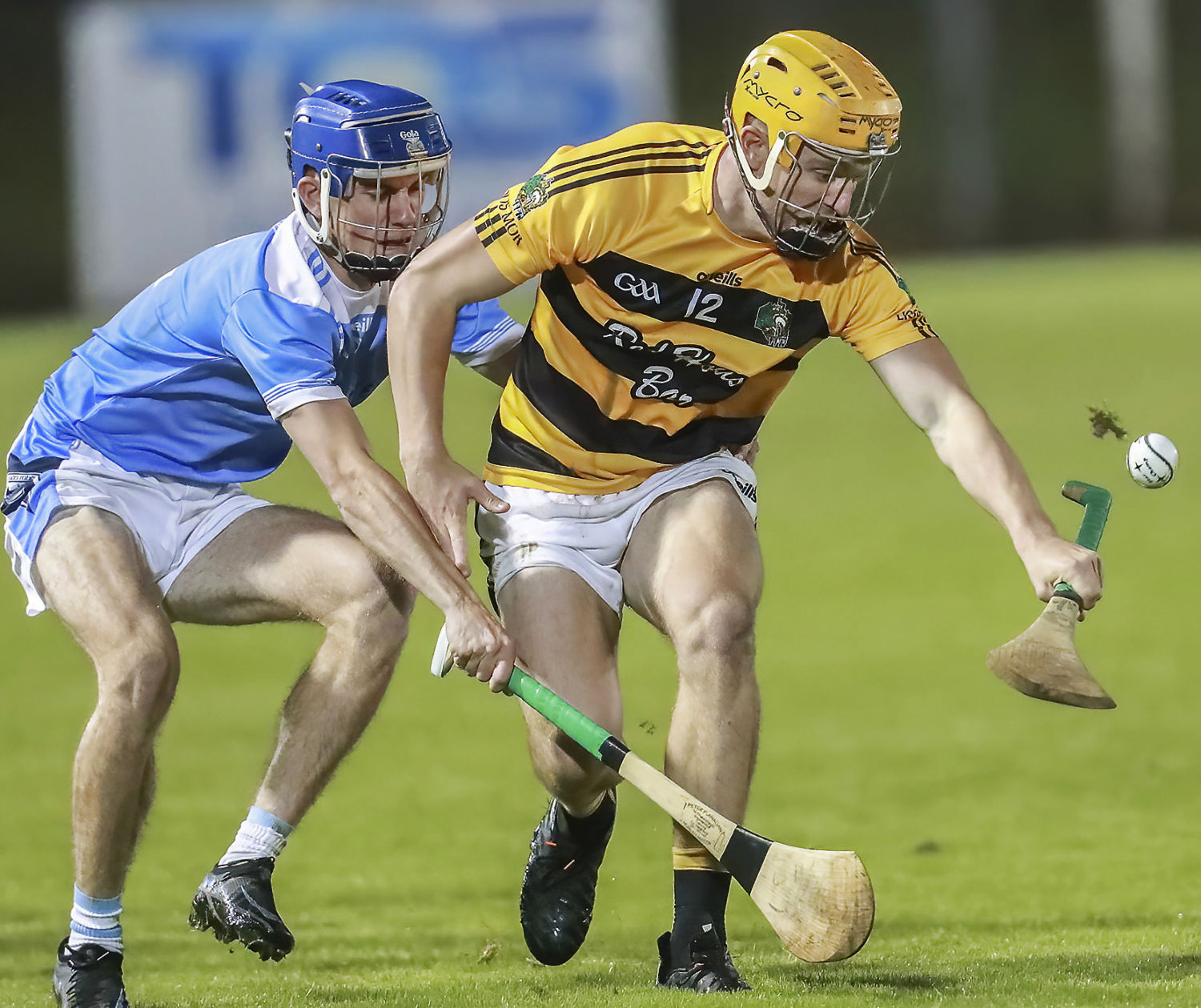 Lismore’s Jack Prendergast under pressure from Roanmore’s Conor Ryan. The two teams meet in the second game at Fraher Field.