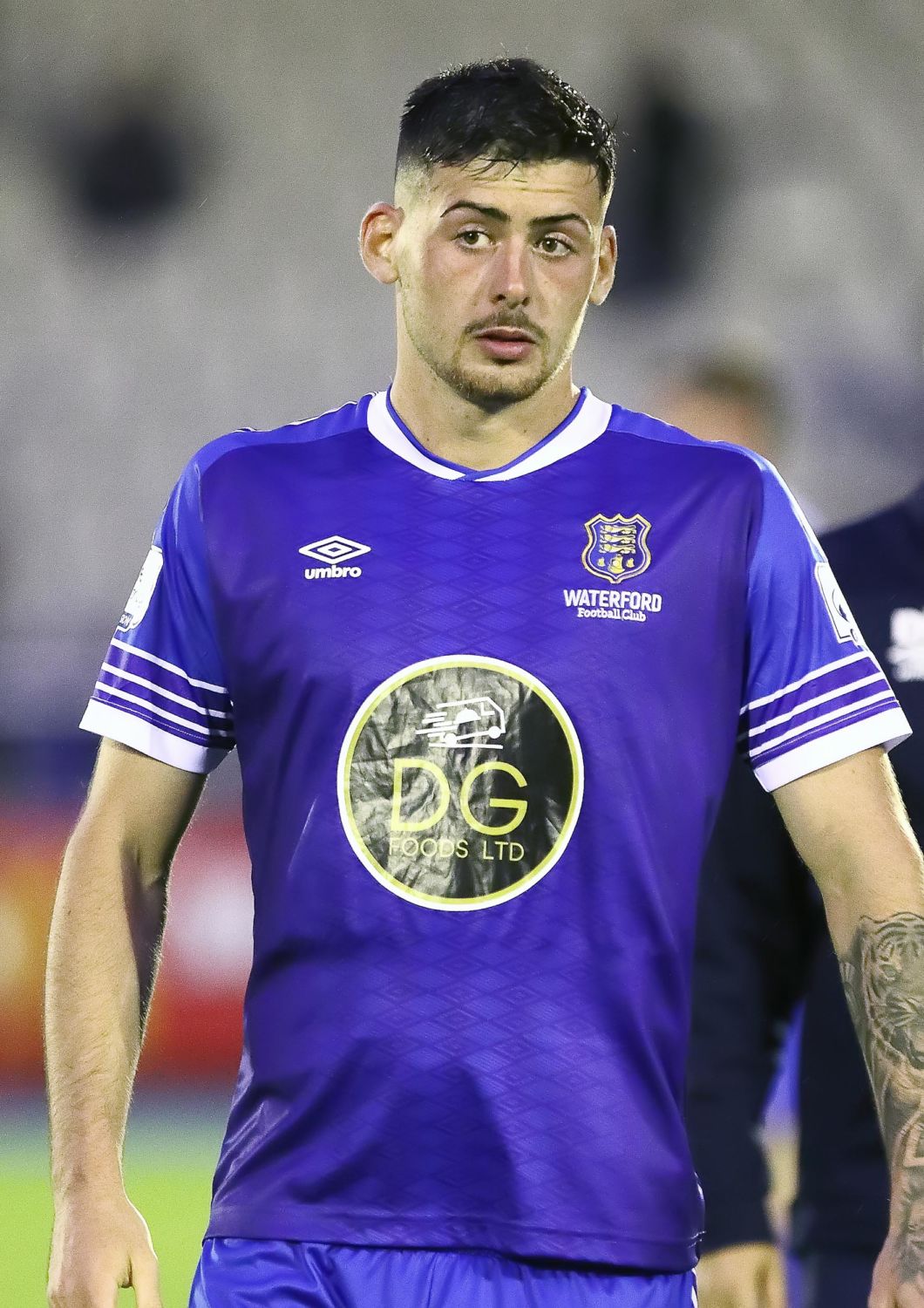 With speculation rife surrounding the future of Waterford FC under the current ownership of Richard Forrest and a potential sale of the club, centre forward Cian Kavanagh has left the Blues after signing for Premier Division side Derry City for undisclosed fee this Friday.

Kavanagh, who scored five times for the club this season including a brace against Cobh Ramblers two starts ago, will join the Candystripes on an 18-month contract. Derry currently sit in third position in the Premier Division with 23 games played

Waterford confirmed the news in a short statement this afternoon where they wished Cian “the very best for the future”. The 19-year-old spent the latter part of last season with the Under 19 team after a difference of opinions with the then manager Marc Bircham.

The centre forward joined Waterford after a spell with Scottish side Hearts where he scored nine goals in his first season with the club. He missed a period of this season after suffering a broken nose, but has worked hard in recent games to get back into the starting team.

Commenting on signing Kavanagh, Derry manager Ruaidhri Higgins said; “Cian has all the attributes to make an impression and he will get his chance to impress at the club.

“He’s young of course but it’s a huge opportunity for him. We’re going to try to help him develop and if he buys into that, he’s got a real chance.” Derry were reportedly also interested in signing Blues attacker Phoenix Patterson during the window, but it’s believed that the Blues leading scorer will remain at the club.