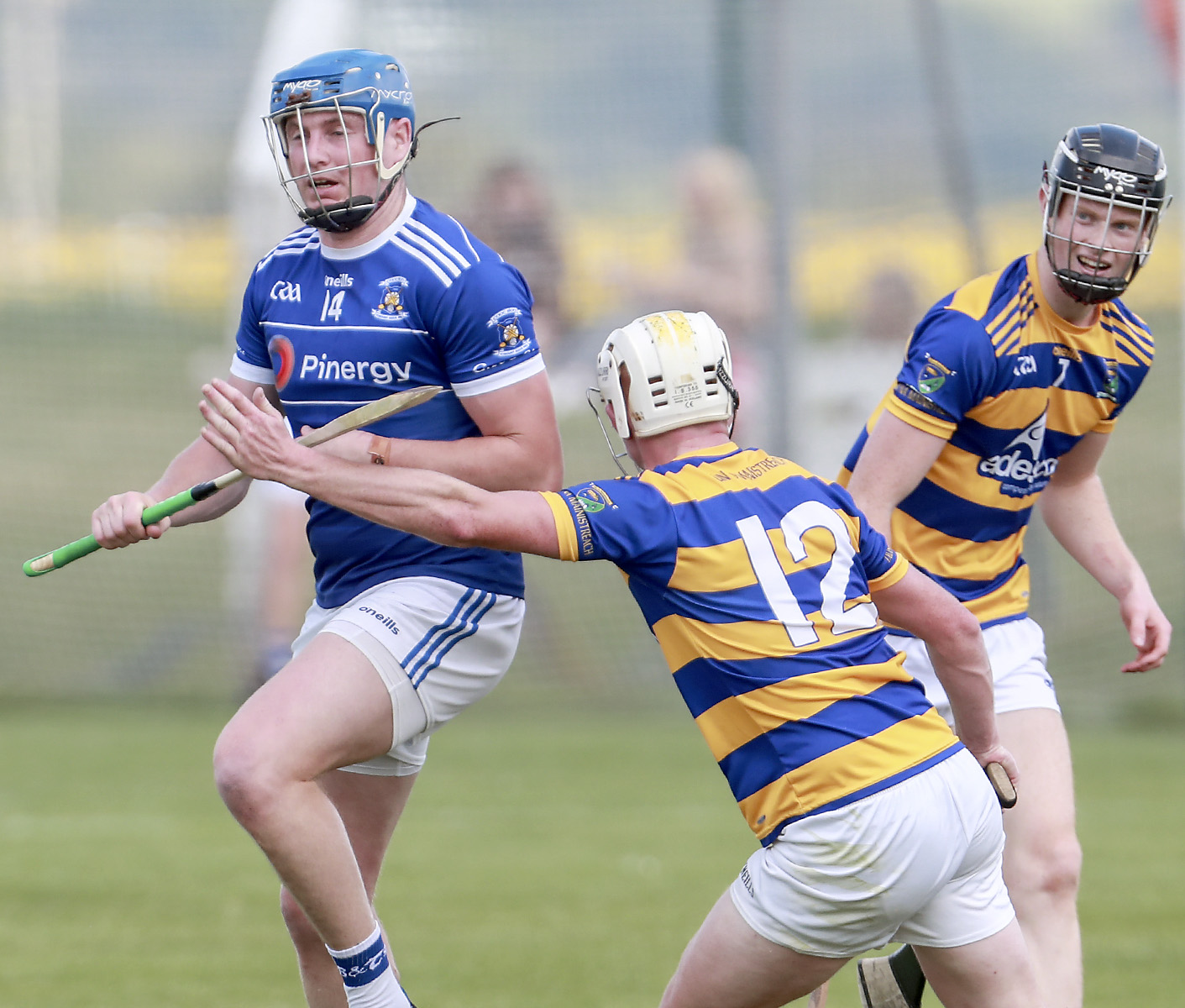 With ten minutes left, the 2016 Hurler of the Year knocked two defenders out of his way, charged down the sideline and lashed the ball to the far corner of the net.

“He gave an exhibition at times,” said Sion selector Jim Greene. “We’re so glad he’s ours.”

The captain finished with 1-9 (1-5 from play) while younger brother Jamie also found the net. Owen Whelan hit five points from play in the first half.

Abbeyside started without county pair Conor Prunty and Neil Montgomery due to injury. Debutant Seanie Callaghan struck two points before he went off on 22 minutes. They also lost Mark Ferncombe to injury in the second half.

GAME OF THE WEEKEND

In the game of the weekend, Roanmore got the better of Lismore by 2-20 to 0-19. Super subs Dean Reidy and Emmet O’Toole netted injury time goals for the Sky Blues to give them a flattering seven point victory. Gavin O’Brien belted over ten points while Waterford goalkeeper Billy Nolan struck three from centre back.

Jack Prendergast slotted eleven for Lismore who took the field without injured duo Maurice Shanahan and Iarlaith Daly. They battled back from eight points down in the second half to draw level with four minutes left.

45 year old Dan Shanahan came off the bench at half time. This is his 30th season playing at adult level. He made his debut in the 1993 county semi final against the same opponents.

With his first touch, the 2007 Hurler of the Year scored an overhead point when a Prendergast free bounced in his direction. The veteran full forward also won a penalty off Frank McGrath and assisted a point for Oisin O’Gorman.

Roanmore boss Peter Queally was full of praise for his former county team mate. “Dan is a great warrior. He got the call because they were in trouble with injuries. No better man to put on the Lismore jersey and go out and give it his all. He’s had plenty of battles with Frank McGrath before. I’d like to think that there’s one or two more battles left in him. He is a great club man and a great warrior. He single-handedly threw things into disarray on the edge of the square.”

Pauric Mahony shot 1-9 (1-5 from play) as All Ireland champions Ballygunner beat local rivals Passage 1-19 to 1-7 at a rainy Walsh Park on Saturday evening.

Dessie Hutchinson hit three first half points for the team chasing nine in a row while debutant Patrick Fitzgerald got two in a second half cameo. The Gunners are now 44 games unbeaten in Waterford. Their last championship defeat was against De La Salle on June 23, 2015.

Eoghan Reilly netted for Passage in the second half. Thomas Whitty sent over two first half sidelines in front of the stand.

CURRANS TOO HOT FOR FOURMILE

The Curran brothers scored 1-13 between them as Dungarvan defeated Fourmilewater on Thursday night at Fraher Field (1-18 to 0-13).

Déise attacker Patrick delivered 1-9 while Cathal (0-3) and Colm (0-1) also chipped in. Another brother John was rock solid at full back.

Dungarvan boss Peter Smith believes that Patrick should be considered for the Waterford captaincy next year. “When you have a star player, you expect big things of him. Paddy delivers more times than not. Personally, I think he has put out enough messages to be looking for the captaincy of Waterford next year. That’s how big I think he is. He’s a great leader, he’s popular. I’d really hope that he would be considered for something like that.”