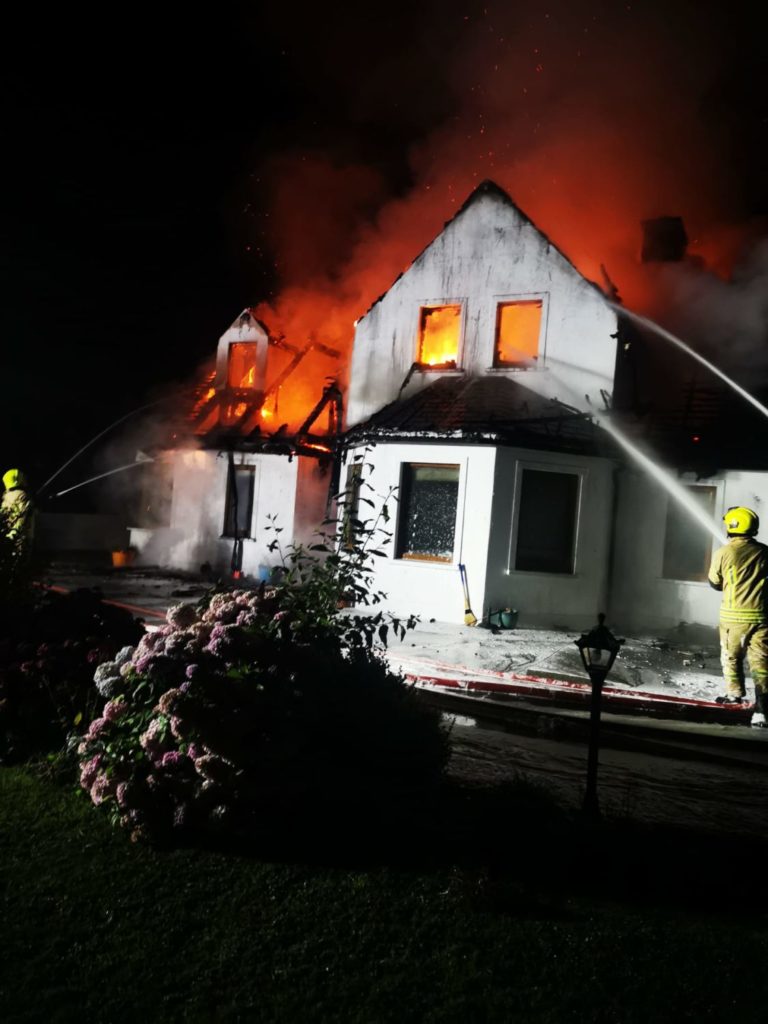 The fire at the Kenneally family home which happened last Thursday, July 28

Derek and Deirdre Kenneally want to make sure that no other family suffers the tragedy that befell theirs last Thursday, July 28

A FAMILY has been left on the brink of devastation after a fire that started in a garage at the back of their house, caught fire and subsequently engulfed their entire home. Derek Kenneally and his wife Deirdre, both of whom work in University Hospital Waterford – saving lives on a regular basis have been left with almost nothing, as their house insurance had lapsed. They say that what they’re left with is an enormous relief that none of the family were injured in the blaze.

The couple, who live in Mullinavat, Co. Kilkenny, have three children –  Anna (11), Eoin (8) and Oisin (6). They want to raise awareness about everything that went wrong for them in the early hours of last Thursday morning, July 28, so the same thing won’t happen to another family.

“We see heartbreak and torment every day in work but when it happens to your own family, it’s just not something you can ever expect or be prepared for,” Derek told the Waterford News & Star. “Last Thursday, my eldest daughter had a friend staying over. When we went to bed we told them not to stay up all night chatting. It was a summer night with no school the next morning so we didn’t mind them staying up later than usual.”

At around 1:30am the two girls heard crashing and banging coming from the back of the house.

“They looked out the window and saw a bright orange glow,” Derek said. “They screamed out to us that the garage was on fire and we leapt out of bed to witness what can only be described as an inferno. I ran out to the back and grabbed the dog from his little run, got everyone out of the house and called the Fire Brigade.”

Derek told the Emergency Services that the garage was some distance from the house – approximately 14 feet – but that he was fearful that the house could be in danger too.

Derek and Deirdre Keneally with their children, Anna, Eoin and Oisin.

“Within five minutes, the fire jumped the fourteen feet over to the house,” Derek said. “Fifteen minutes later the house was just unbelievable…the whole roof was in flames. The Fire Brigade were amazing with how quickly they got here but it all happened so fast.”

A Garda Fire Investigator subsequently told Derek that the cause of the blaze was suspected to be a water pump that was located in the garage.

“Water pumps have a little switch box that contains a solenoid that can overheat,” Derek said. “I know they can overheat because my father’s one went a couple of years ago and it caught fire. Thankfully, where it happened with him there was nothing near it and it was just the box that went. I had it in a garage/shed where everything was stored, such as old paint cans and other fire accelerants. I’d ask anyone reading this, who has a water pump, to make sure that there is nothing near it that could be a source of ignition.”

Amidst the ashes of the family’s home, containing all their memories and hopes for the future, Derek was left lamenting the circumstances that led to him not renewing his house insurance.

“I know the whole country are struggling financially at the moment and we were no different,” he said. “It was one of those things where you cut corners where you can, and you let things slip. When the house insurance was up for renewal there were so many other outgoings at the time. I put it off until the next month and I have to live with that now. People are telling me that I should have asked for a loan or whatever to pay it but pride will never let you do that. And of course pride is gone out the window now.” 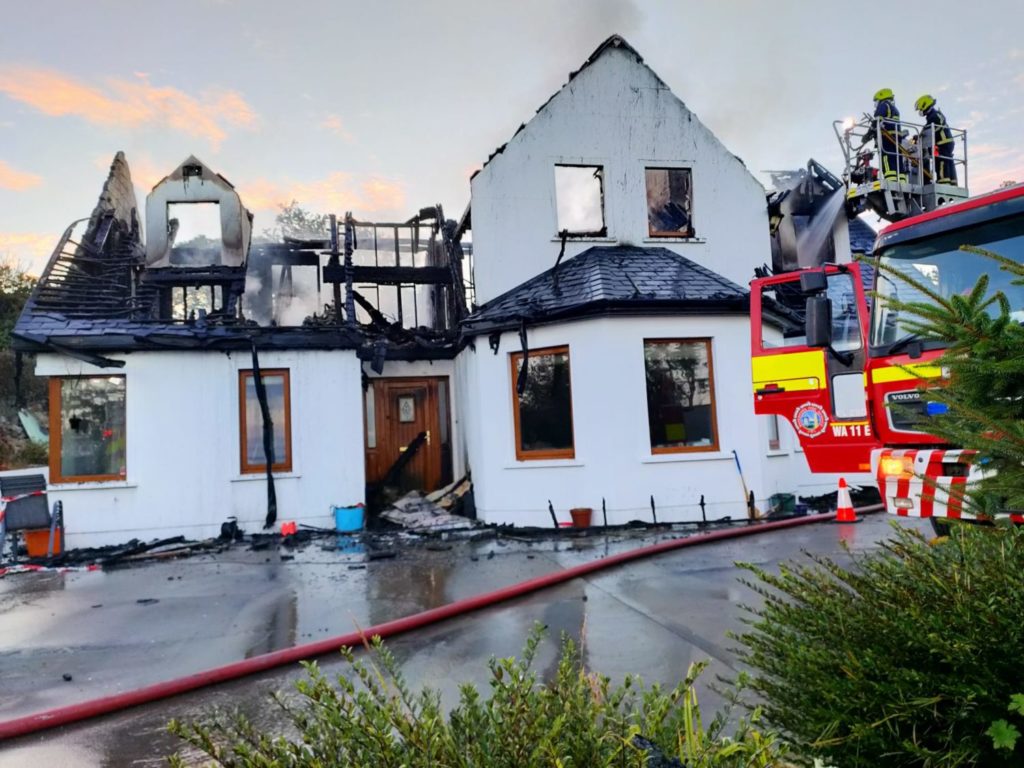 All that’s left of the Kenneally Family home.

In the face of the devastation, all Derek can think of now is how the tragedy could have been a lot worse.

Communities around the Kenneally family have rallied around them in support and a Go Fund Me page (link below), set up by Mullinavat GAA and Camogie clubs, has already raised €20,000, with a target of €300k.

“I really can’t thank people enough,” Derek said. “Both Waterford and Thomastown Fire Stations, Thomastown Gardai and all the local clubs and people who have offered assistance over the last few days. I just want to send out a warning to people that this can happen to anyone at anytime.”

Click here for Go Fund Me Page for the Kenneally Family