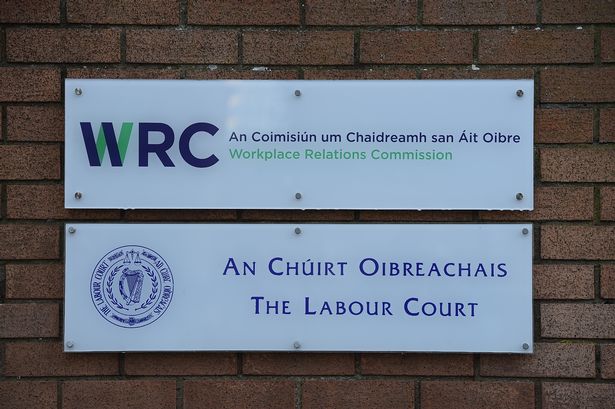 THE Labour Court has determined that a Waterford-based Community Training Organisation should pay a sum of €15,000 in compensation to an IT tutor for her unfair dismissal.

This sum is in addition to the amount of €1,666.08 paid to her already in redundancy.

Andrea Galgey was employed as an IT tutor by Access IT CLG for 19.5 hours per week at €186 per week. Her employment was terminated with effect from September 27, 2018.

Ms Galgey lodged a complaint under the Unfair Dismissals Act, with the Workplace Relations Commission (WRC). Her complaint was upheld by an adjudication officer, who decided that she should be reinstated.

The respondent appealed to the Labour Court, and a hearing took place on June 29. In doing so, they accepted that the dismissal was unfair, but appealed the remedy of re-instatement.

It was argued by Access IT that the complainant was “combative and insubordinate” and was a key factor in the creation of a “disharmonious and dysfunctional workplace for her colleagues”.

In the three years and nine months since the Ms Galgey was left go, the business had moved on and there was no need for an additional I.T. tutor. A direct consequence of re-instatement would be the redundancy of an existing staff member.

In addition, they said Ms Galgey had failed to mitigate her loss. She confined herself to seeking work in a limited sector, but could have easily obtained work at similar pay in other sectors.

Any substantial award of compensation would cause severe financial difficulties for the respondent and for the users of its services, many of whom are vulnerable, it was argued.

On the other hand, Ms Galgey stated that Access IT provided no proof that she contributed to a toxic environment. There were no investigations or complaints made against her while she worked there.

Ms Galgey stated that her dismissal was disproportionate and unreasonable and re-instatement was fair redress.

The complainant attempted to mitigate her loss. She wasn’t able to secure employment in Waterford because of the damage to her reputation, and had to look to Dublin for a similar role.  In 2019, she secured two months’ work, a further six weeks’ work in October 2021 and has been self-employed since March 2022. In addition she made some hundreds of informal enquiries. She also pursued part-time study to update her skills. The funder, Pobal, had recommended that one pert-time post be redundant but the respondent altered the role to avoid that, so funding was available to keep the complainant in employment.

Ms Galgey stated that she could not be held responsible for the respondent’s apparent difficult finances. She denied that trust between the parties had broken down, saying the respondent did not want her to return to work because of guilt over their handling of the dismissal. As a home-maker, she will not have enough PRSI contributions to qualify for the contributory pension.

In issuing a determination, Chairman of the Labour Court, Tom Geraghty stated that it was necessary to put on record that there was no reason to conclude that Ms Galgey contributed to her own dismissal.

“The AO (adjudication officer) in his finding was unequivocal about the egregious behaviour of the respondent in purporting to make the complainant redundant, while, in fact, dismissing her without any allegation ever having been put to her regarding her alleged shortcomings. As this behaviour by the respondent deprived the complainant of her livelihood, the AO concluded that the appropriate remedy is re-instatement.

“The court listened to the parties very closely in the course of this appeal. It is evident that there is considerable hostility and resistance on the part of the respondent to any potential return of the complainant to the employment.

“On the other hand, it was clearly not lost on the respondent that a requirement to reinstate the complainant would have substantial implications for them as arrears of salary would be owed. As a consequence, the court found itself considering arguments from the respondent that, despite accepting the dismissal was unfair, amounted to a rear-guard action designed to prevent the return of an employee who, they accepted, had been dismissed unfairly.”

Mr Geraghty went on to say that in circumstances where an employer accepts that an employee was dismissed unfairly, it is remarkable that they should use their financial situation as an argument to justify a refusal to restore that employee’s livelihood.

“For all of the above reasons, the court has considerable sympathy with the proposition that the appropriate remedy is to re-instate the complainant, who assured the court of her willingness to re-integrate without holding any grudges.”

However, the huge level of hostility on the part of the respondent to the complainant’s return could not be ignored and had to be factored into the court’s consideration.