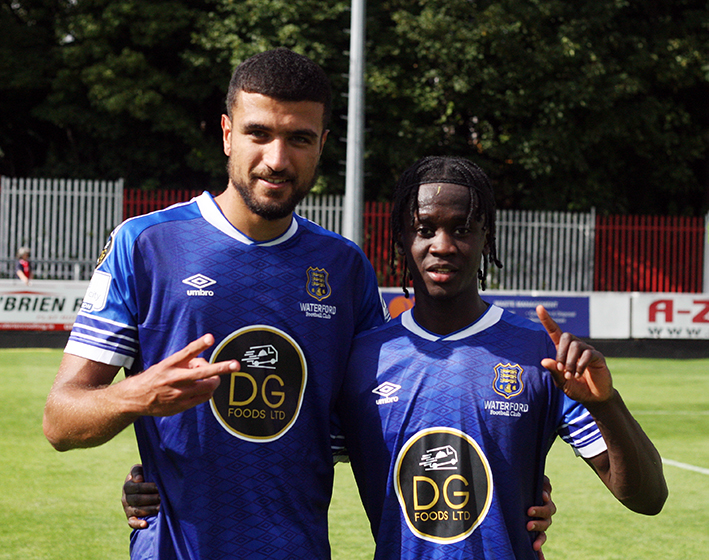 After their brilliant win away to FAI Cup holders St. Patrick’s Athletic, on Sunday, Waterford FC will be on the road once again for the second round after they were drawn away to non-league side Malahide United following the draw this lunchtime.
A match winning strike from Junior Quitirna steered the Blues to a famous win at Richmond Park on Sunday last where they dethroned the champions by three goals to two, but now they must prepare for the next cup test.
The Dublin outfit were also victorious in dramatic fashion in their first round tie after they defeated Salthill Devon on penalties after scoring a 95th minute equaliser in a 2-2 draw that ultimately resulted in a 6-5 shootout success.
For Danny Searle’s side, they’ll be wary of the challenge of playing a non-league team can bring, but after the confidence of victory over the Premier Division, a place in the quarterfinals of the cup will be fancied.
Searle spoke about “difficult cup draws” after Sunday’s win in Inchicore, but he’ll be a happy man that his side, who were last to be drawn from the cup, will have what on paper seems to be a fantastic chance to reach the last eight for the second year in a row.
The other ties will see Bonagee United v Shelbourne, Lucan United v Bohemian FC, Drogheda United v Shamrock Rovers, Derry City v Cork City, Galway United v UCD, Maynooth University Town v Treaty United, and Wexford FC v Dundalk FC. These ties will be played on the weekend of August 28.