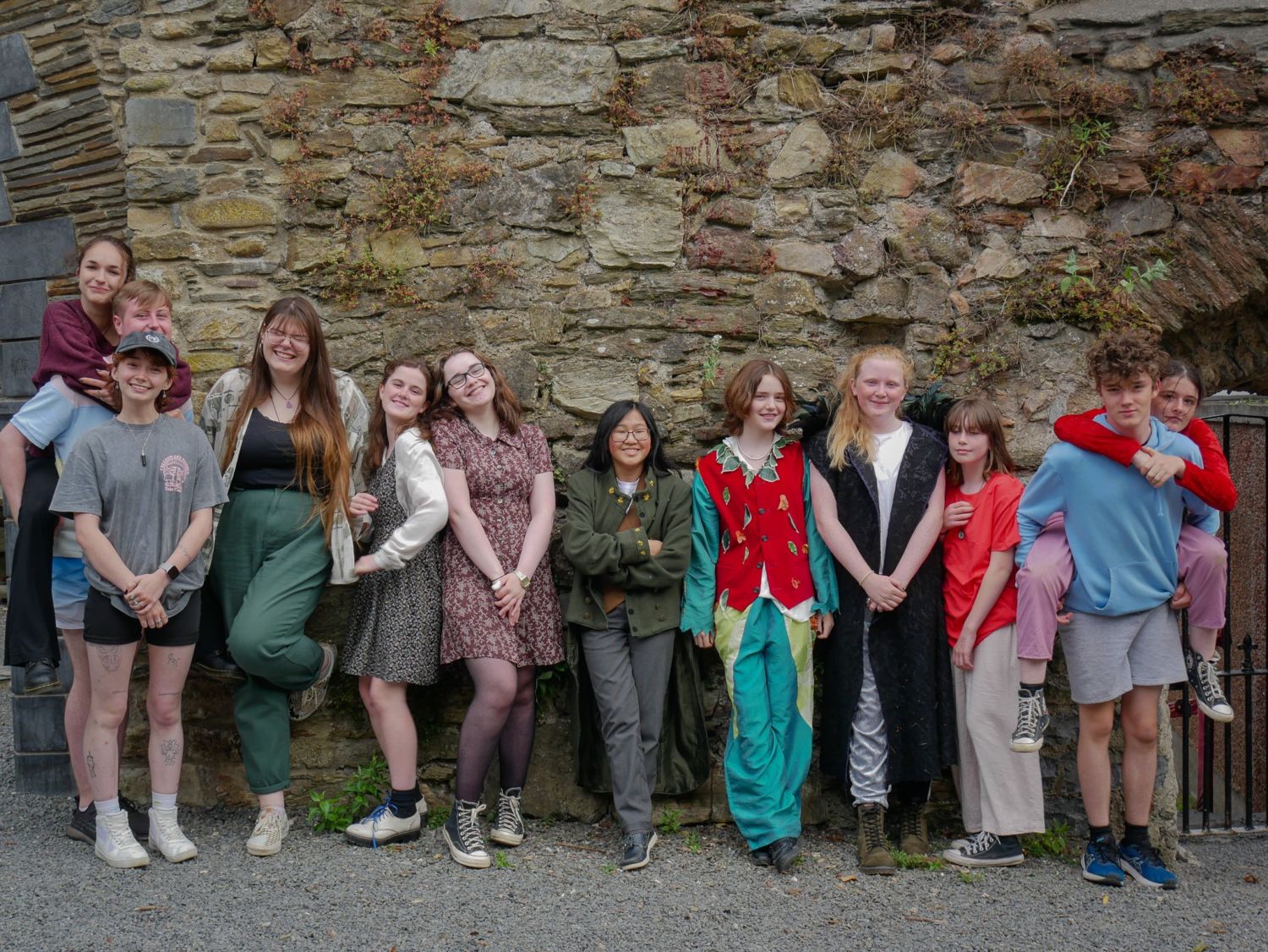 Step forward writer Mary O’Donoghue with a script that wanders between two realms – a fey world of magical creatures and a mortal world of human frailty – and has an interesting and talented cast of players that keep us entertained all night. Mary’s script is a short one – with some nods to Orpheus – but a piece that manages to say a lot about alternative ways of looking at our world and a legendary, shadowy world that thumbs its nose at mortals and, also, rules a fey world with fear and threat.

Quirky narrator Neeva Coughlan pops in between and behind the two worlds to narrate the sometimes complicated narrative of gossipy mortals ( Devlyn Lonergan, Leah Sheridan and Lilly Meagher), who regard their teenage acquaintances with contempt and mistrust, and the powerful forces of a faery underworld as represented by prison guard (the menacing Polly Devlin) that keeps its citizens in check through fear of retribution. Neeva also sets the scene, reminds us of the time frame, informs us of just who the characters are and defends her magpie-like inquisitiveness on the basis that she’s an academic and this is all merely research. Yeahhhh… rrrright – as any teenage daughter would tell you.

Busy-body sister Lola (Kiki Moodley) and her Drop-dead-cool-verbose brother Michael (none-too-reluctant superhero Eoghan Moodley) form the mortal connection with this magical Fir Grove’s inhabitants where ageing is never an issue but where freedom of speech, alas, seems to be. The sensitive Gossamer (Lucy Corbett), mischievous Jester (Emily Doherty) and the worrisome Treasurer (accountant Kate Walsh) also wander between the two worlds to attempt to strike a resolution between a quarrelsome five-hundred-year-old Queen and mortals that have minds of their own.

The setting in Wyse Park is just perfect for such a story. A large tree with curtains, ribbons, creepers and a score of traditional music with flutes, bodhrans and traditional singers that brings us right  into the heart of a world of faery lore.

Sinéad Hourigan directs and designs the costumes and Heather Troy-Whelan gave us an imaginative soundscape for the performance.

Another intriguing production from the conveyor belt of talent and imagination that is Waterford Youth Arts.

View from the Green Room: Dedication to Denis McGrath