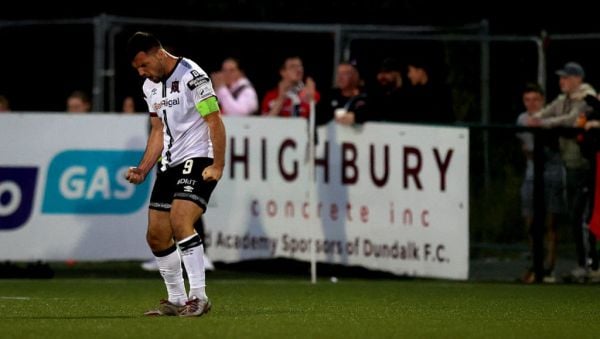 His goal salvaged a 1-1 draw from their game with Derry City at Oriel Park, and kept Dundalk second in the SSE Airtricity Premier Division.

Finn Harps collected their first win in twelve league games with a 3-0 defeat of Drogheda United in Ballybofey.

Cork City opened up a six-point lead at the top of the First Division, helped by their 6-1 demolition of Athlone Town at Turner’s Cross.

And Waterford returned to winning ways with a 2-1 victory away to Treaty United.