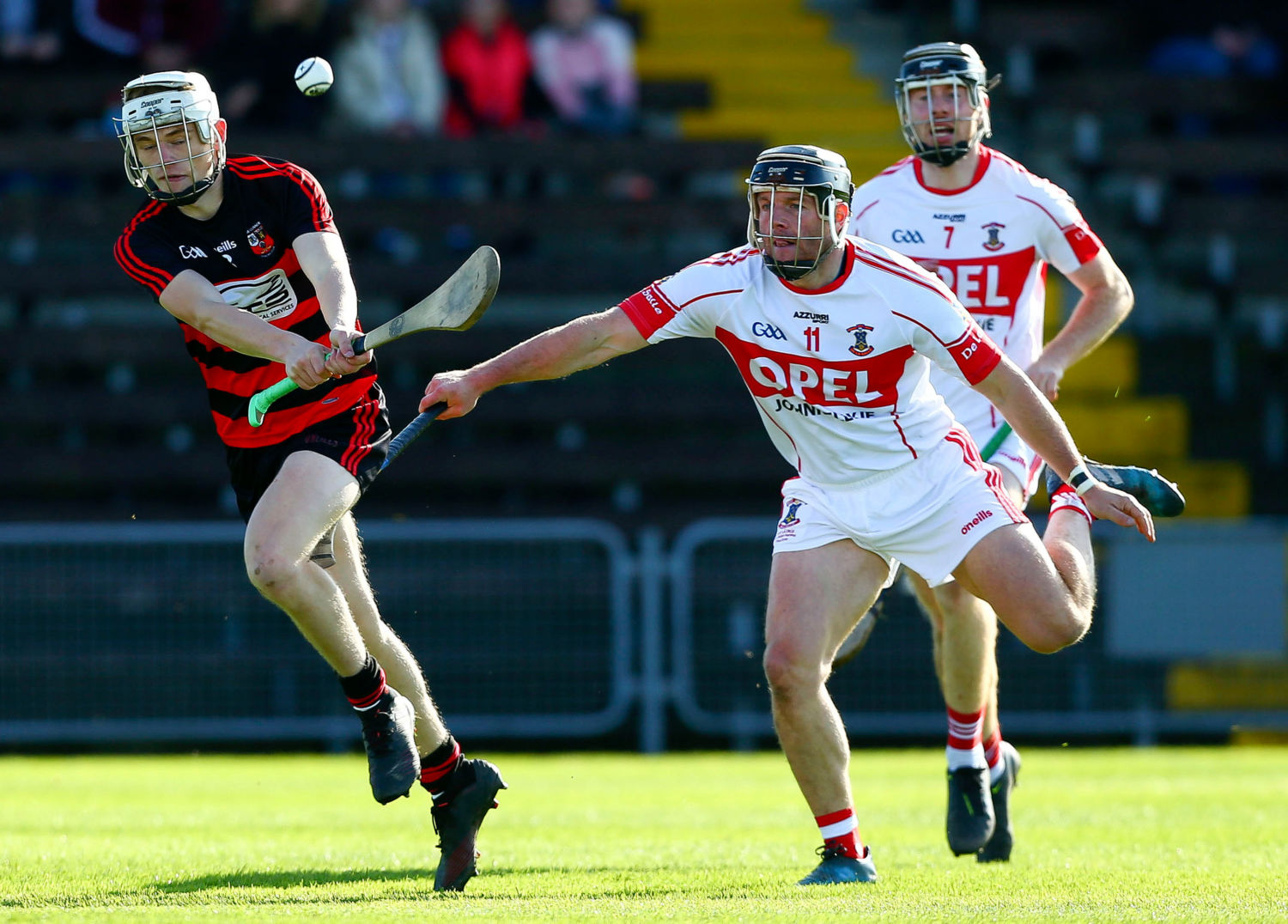 Ballygunner’s Mikey Mahony in action against De La Salle’s Jake Dillon during the 2019 Co. SHC Final. They meet again on Saturday in the clash of the round. Photo: Inpho/Ken Sutton.

The second round games in the J. J. Kavanagh & Sons Senior Hurling Championship take place this coming weekend with double headers in Walsh Park and Fraher Field on Saturday and Sunday respectively. Last weekend’s first round games saw decisive victories for all four of last year’s semi-finalists with Roanmore being the only side hard pressed before seeing off a strong Lismore second half fight back. The position going into next weekend’s round of fixtures is that should the same four teams emerge victorious the quarter finalists will be decided in advance of the following week’s round of fixtures making that round insignificant with virtually nothing to play for in the case of the teams involved.

Saturday in Walsh Park
S.H.C. Group C 5.15 pm. Roanmore V Dunhill
Dunhill return to senior championship hurling and face a challenging baptism against last year’s beaten finalists Roanmore. A club with a long and strong hurling tradition, last year’s Intermediate champions will not be found wanting in skill and determination here and in players such as Davin Phelan, Tomas Casey, Micheal Harney, Conor Quinn, Shane Casey and Eamonn Murphy they have experienced players of proven ability capable of holding their own in any company.
Roanmore appeared to be cruising to victory against Lismore last weekend when they were reeled in and got out of jail in those final dramatic minutes. They will be taking no chances hers and led by Gavin O’Brien and Billy Nolan must be fancied here.
Realistically, Dunhill’s aim will be to retain senior status and build from there. A big performance here would put them in the right direction to achieve that goal.

S.H.C. Group A 7.15 pm. Ballygunner V De La Salle
This could well be the game of the weekend. De La Salle always fancy their chances against their city rivals despite some disappointing results in recent years and they would seem to have the ammunition in terms of experience and big name county players to cause problems for the champions. In current county player Shaun O’Brien they have an outstanding net minder backed up by current county players Shane McNulty and Jack Fagan while former county stars Kevin Moran and Jake Dillon are still capable of more than holding their own with the best. Former underage stars such as Adam Farrell, Thomas Douglas, Eddie Meaney and Cormac McCann have championship experience behind them and will have matured into serious senior players.
The Gunners continue to be a team of all the talents and will still be fancied to come through here but it is early days in this championship and whatever way the result pans out here it could be a pointer to what may happen down the road.

Sunday Next in Fraher Field.
S.H.C. Group B 2 pm. Mount Sion V Tallow
Mount Sion were impressive enough when racking up a big score against Abbeyside on Sunday last but they will be only too aware of the fact that their opponents were missing key players such as Conor Prunty and Neil Montgomery. In Tallow they face a hurling side that has given them problems in the past and so will be cautious in their approach on Sunday.
In Tommy Ryan, Darragh Buckley and Ryan Grey Tallow have free scoring forwards who will require close attention backed up by an outstanding goalkeeper in Shaun O’Sullivan and top class hurlers in Jordan Henley, Ian Beecher and Robbie Geary.
In Austin Gleeson Mount Sion have a potential match winner in any game and with experienced players such as Stephen Roche, Owen Whelan and the O’Neills in top form they will have to be favourites here.

S.H.C. Group Group D 3.30 pm. Dungarvan V Clonea
Dungarvan put down a marker in their impressive win over a fancied Fourmilewater side on Thursday last and will be determined to continue winning ways against a Clonea side having their first outing on Sunday.
Clonea, on a given day and at full strength can put it up to most sides and it will be a question as to how well prepared they are going into this game having had some players in America over the past month or two. We saw last weekend how some players returning to their clubs days before their championship games did not exactly perform as well as would have been expected. Clonea will need big games from such as Billy Power, Robbie Flynn, Willie Hahessy, Conor Dalton, James Power a Ciaran Kirwan and former Dungarvan star Kieran Power if they are to cause an upset here. With Darragh Lyons and Patrick Curran in top form Dungarvan looked a well balanced outfit against Fourmilewater and should come through here with something to spare.

Still plenty to play for in Minor Hurling group stages