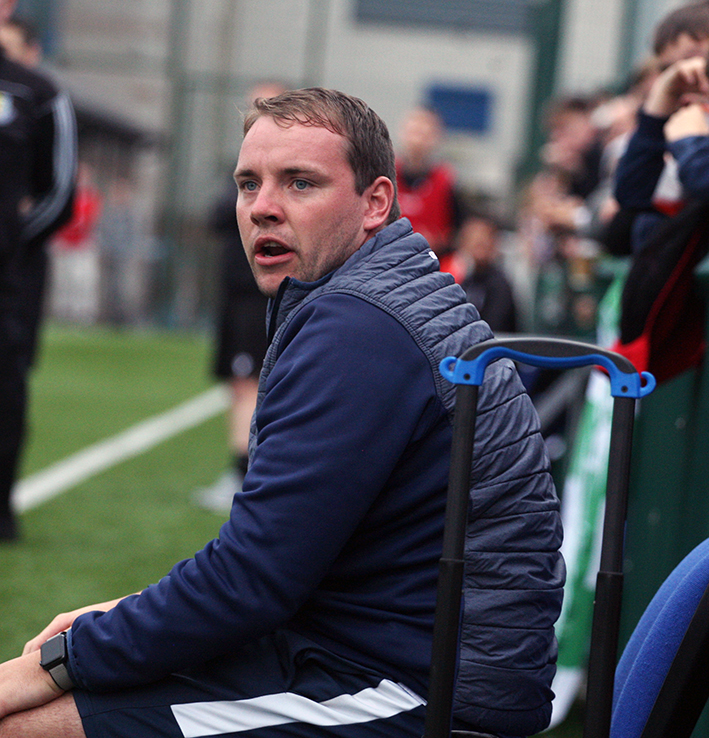 Speaking after Friday night’s FAI Cup defeat to Maynooth University Town in Kildare, Villa manager Conor Coad (pictured above) said, “Yes I was disappointed with the result and the fact that we stood off them in the first-half and showed them too much respect. Both teams tried to press high and there weren’t too many goal scoring chances in the first-half, but once we got to grips with them I felt we were the better team in the second-half.
“I thought we shaded the second-half in terms of territory, but it’s a very small Astro Turf pitch and that made the game very tight. We were disappointed with the goals as we looked a little bit naive as we switched off for their first goal and not getting ourselves organised for the quick free kick cost us that goal. The second goal we got done on the counter-attack as we tried to push more men forward.
“Overall it was a good pre-season workout for us, however we tried hard to win the game for our club and give the supporters another big day out. I don’t think there was much between the two teams, yes we missed our four top players but the young lads that came in put in a top class performance and these lads are the future of the club.”

EAGER TO BE BACK
“Playing in the FAI Cup is a great experience, not only for the players but for the club in general. We are eager to come back again next year and go a round further in the FAI Cup. We will try to strengthen our squad for next season but it is not easy as we have a squad of 26 players who want to play in our Premier League team, so it’s a balance between giving our own lads a pathway to progress through the club and we also have some players who want to join Villa. So it’s vital that we get the balance between recruitment and development right, but we are always looking to add quality players with the right attitude and work ethic to our squad. We will be looking to be successful again next season and we would love to give this competition another go next season and see can we go a round further.” 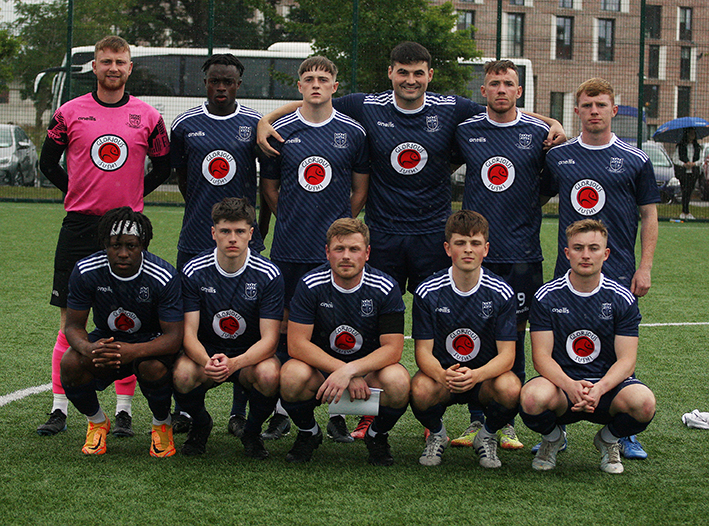 The first ever Villa FC team to play in the FAI Senior Cup. Photos: Paul Elliott.