PERMISSION for a 20-house development in Newtown, Tramore has been appealed with An Bord Pleanala. A decision is expected by November 21 on the development of the residential bungalows which are to be built adjacent to the new nursing home opposite Tramore Golf Club. The applicant, Kilkenny Investment Property Holding Ltd received planning permission in June from the planning department of Waterford City & County Council, although five submissions were lodged at the time in respect of the intended development. 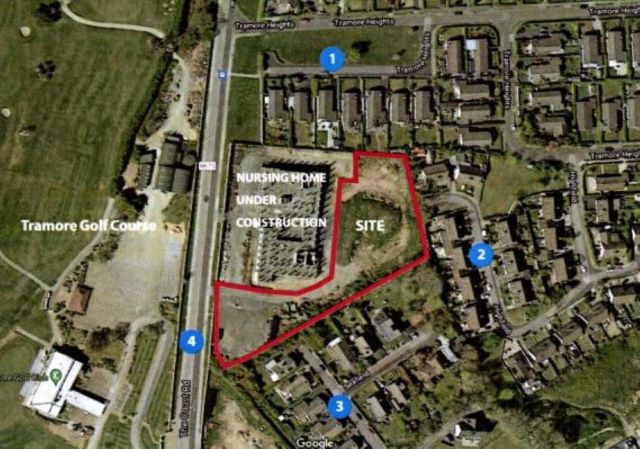 The application was the subject of a Further Information request from the planning department to which the applicant responded in May. In the response, it was clarified that the houses would be under the governance of the Tipperary Voluntary Housing Association, trading as Homes For All and entirely independent of the adjacent nursing home. The houses would be intended for use by residents from categories such as Over 65s, those with mental health issues, mobility difficulties, intellectual disabilities, and with cognitive issues.

In the initial submissions, it was raised as a concern that the proposed property boundary between the neighbouring properties and the homes would be a landscaped boundary as opposed to 1.8m wall. In the Further Information documents received, it was confirmed that this was deemed sufficient by the landscapers.

Sixteen conditions were attached to the conditional planning permission attached to the development, which included the residents of the homes falling into one or more of the aforementioned categories of health and/or age, the creation of a management company responsible for the upkeep of the site, and any reference to the nursing home being removed from the plans in order to clarify there being no link between the two.