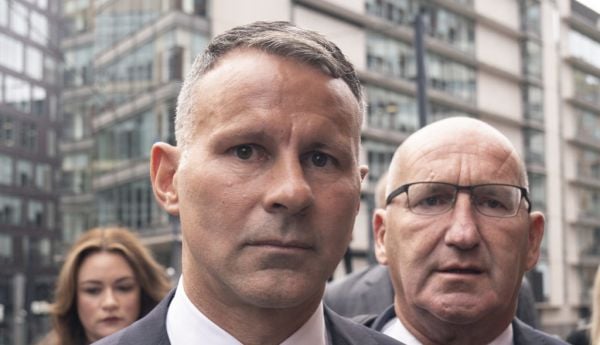 A woman who claims ex-Manchester United footballer Ryan Giggs controlled her in their relationship thought he was her “soul mate” but saw early “red flags”, a court has heard.

PR executive Kate Greville (36) told detectives it was “almost like was he was two people” during their relationship.

Ms Greville was interviewed by police weeks after she alleged he headbutted her in November 2020.

Both were married when their affair started, she said, and she was unhappy in a controlling relationship with her husband.

She said: “He would tell me about his marriage and he was not happy, I would talk about mine. Things developed from there and we started to have an affair. I left my husband two months later.

“He was like a best friend, a soul mate, he was the one to save me from that marriage. It was more than a sexual thing.

“It was like he was my best friend but there were definite red flags.”

He said Giggs told her he needed more time to end his marriage with wife Stacey.

Eventually she gave him an ultimatum but nothing changed and she decided to move to Abu Dhabi to “get away from him”.

The prosecution at Manchester Crown Court say Giggs was idolised for his skills on the pitch but behind his public persona had an “uglier and more sinister side”.

Jurors were told the 48-year-old’s private life involved a “litany of abuse, both physical and psychological, of a woman he professed to love”.

He has also pleaded not guilty to assaulting the 36-year-old, causing her actual bodily harm, and of the common assault of her younger sister, Emma Greville, at his home in Worsley, Greater Manchester, on November 1st, 2020.

He is alleged to have “lost control” and headbutted Ms Greville after she decided to leave him.

Giggs is then said to have deliberately elbowed Emma Greville in the jaw as she attempted to pull the former Wales boss off her sister as they grappled on the floor.

He stood down in June as manager of the Wales national team following a period of leave since November 2020.

He won 64 caps for Wales and is co-owner of League Two side Salford City.