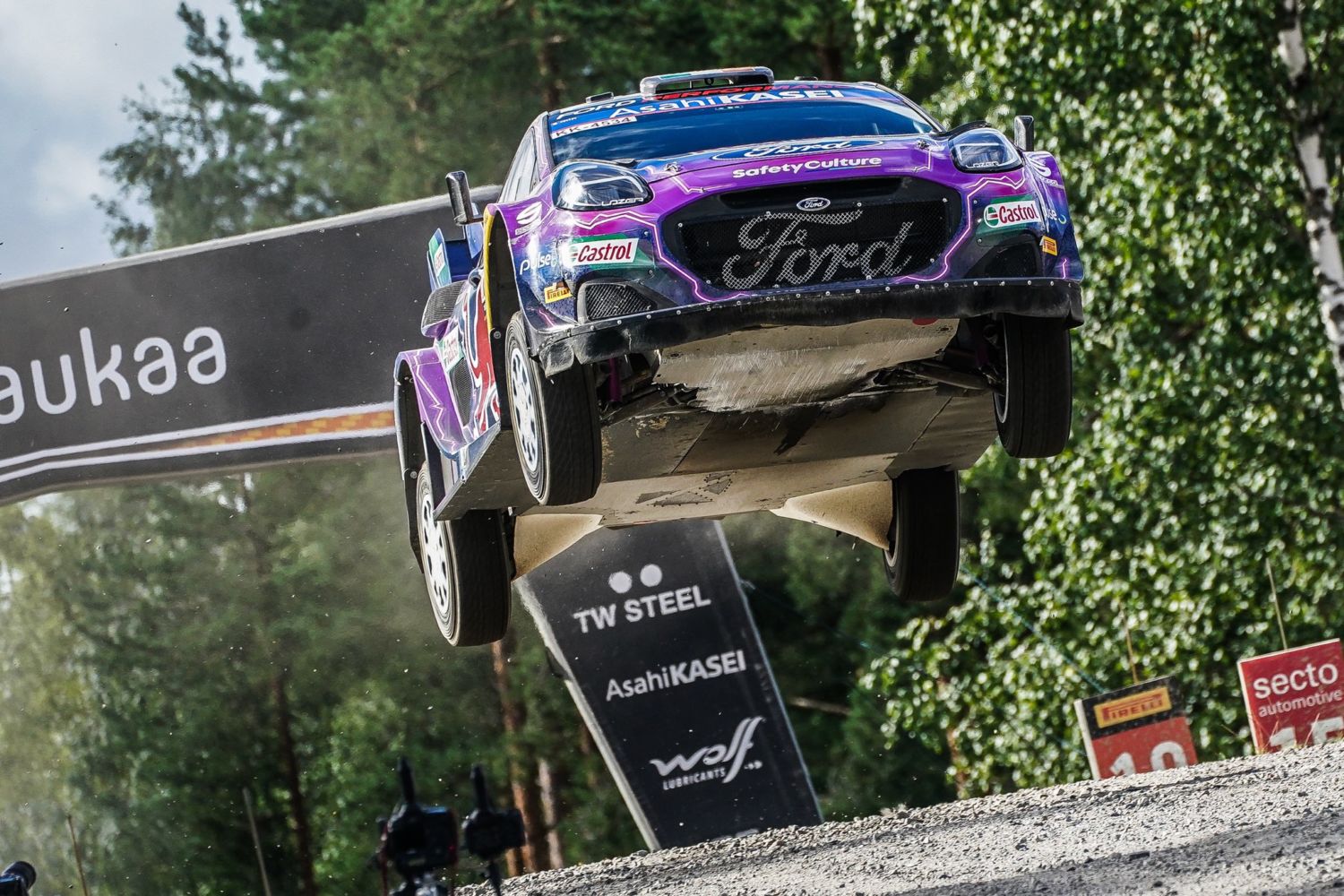 Craig Breen in action at the Rally Finland over the weekend.

Hopes of another podium finish or even a first World Rally Championship win for Waterford’s Craig Breen were dashed in Finland at the weekend as he and Paul Nagle crashed their Ford Puma Rally1 on Saturday’s second stage and re-joined the final leg (Sunday) under Rally2.
Breen, who had an intercom issue on Friday morning’s opening stage, was in fourth position and 13.5 seconds off the lead until S.S. 7 when his Ford Puma hit a rock that cost him a place as he ended the day over thirty seconds off the rally lead.
Disaster struck on Saturday’s second stage (S.S. 12) when he got off-line over a high-speed jump and clouted a rock that was shrouded in the undergrowth, the impact ripped the rear right wheel from his Puma. Team boss Millener issued a scathing response. “It (accident) was a mistake that shouldn’t happen. That bank was there for a while, so that’s a mistake we shouldn’t really be seeing unfortunately.”
The Power Stage brought some personal solace for Breen “We’ve had a decent enough end to the weekend (Power Stage) but obviously I’m disappointed with the overall result.”
Estonian Ott Tanak gave Hyundai Motorsport its maiden win in Finland. He took the lead on the second stage and went on to finish 6.8 seconds ahead of championship leader Kalle Rovanpera (Toyota GR Yaris Rally1), who reeled in team mates Esapekka Lappi and Elfyn Evans. Rovanpera has extended his championship lead to 94 points after eight of the 13 round series. Lappi was fortunate to take third after he rolled his car on the penultimate stage, he completed the final stage without the front windscreen – a minute and 11.9 seconds further adrift. Evans made it three Toyotas in the top four.