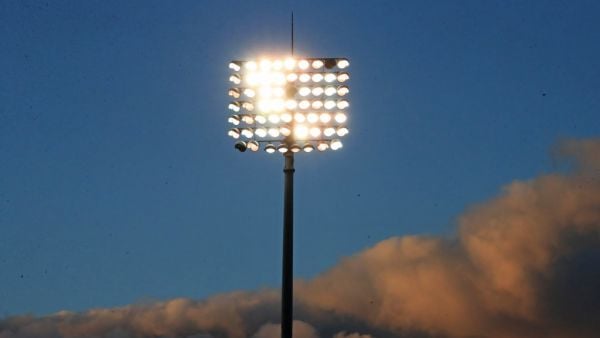 Ireland’s sporting authority has discussed the possibility of energy blackouts this winter and how they could impact on sporting organisations.

The head of Sport Ireland said that blackouts may result in the authority providing financial support to sporting bodies so that they are not negatively impacted by possible energy shortages.

Europe could be hit by electricity blackouts in the next few months if average temperatures fall and cause an increase in demand, analysts at the investment bank Goldman Sachs have warned.

When asked about contingency planning done in the event of blackouts this winter, Dr Una May, the chief executive of Sport Ireland, told reporters “this is certainly something we’ve considered”.

She said: “We have set aside funding for sports to help them to recover from the pandemic and I think this is all related.

“We see the potential opportunity there to maybe provide additional supports – we’ll see how it pans out.”

She added: “We don’t want sport to be impacted negatively by these factors.

“And I think it’s an opportunity as well, if you’re on the (National Sports) Campus, for example, all of the lighting on the campus has been converted to LED.

“So we’d like to continue to support and promote sustainability in sport as well across the board, wherever we can.

“But all these initiatives, they do take time and money and energy from everybody’s point of view.

“But it’s all about that sustainable change that we’re looking across, be that culture, sustainability – generally providing governing bodies with the supports they need to make their sports accessible at all times.”

Sport Ireland is the authority in charge of the development of sport within Ireland, which includes partly funding sporting organisations.

Ms May added that the issue had been discussed and is one that will be taken into budget considerations.

“We’ve had conversations and we’re very conscious of the fact that it could potentially be an issue for governing bodies,” she said.