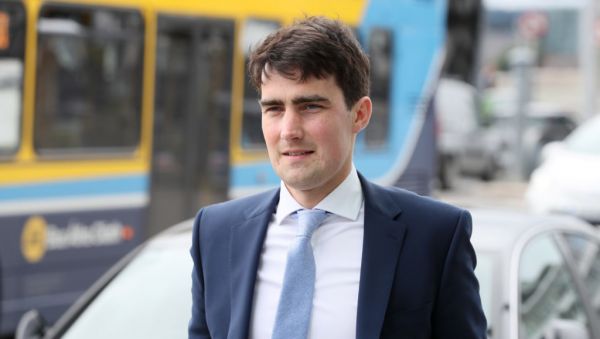 Sporting bodies that move at a “snail’s pace” to reach the target of 40 per cent female representation on their boards could face financial penalties, the Minister of State for Sport has warned.

Jack Chambers said there will be consequences for sporting organisations which do not make efforts to have more female representation on the boards.

The target of 40 per cent female representation for funded national sporting bodies has been set for the end of next year in a bid to progress better gender balance.

Currently, 39 national governing bodies (NGBs) have 30 per cent or more female representation at board level, with a number of NGBs already reporting a 40/60 gender split on their board, according to Sport Ireland.

Further to Sport Ireland’s established investment criteria, diversity & inclusion along with improved governance & greater gender balance have been identified as key priorities for 2023.

Speaking on Tuesday, as Sport Ireland announced 15 million euro in funding for NGBs, Mr Chambers said there should be proper female representation.

He said it would better reflect the grassroots of sports and grow membership and sports into communities.

He added: “We can’t have a blank cheque when it comes to governance, there has to be a bottom line, particularly where you’ve increased funding.

“The vast majority (of NGBs) have met that threshold already.

“When there’s an increase in funding, we can’t have organisations continuing to ignore that bottom line.

“That’s why I’m giving a clear signal around what we expect in the coming 18 months.”

“If they’re making genuine progress, they’re restructuring their organisations to make the difference and make the change, then that’s their cooperative efforts.

“Where people are stuck at a percentage way below 30%, that’s not a threshold anyone can accept.

“Setting out very clear parameters of what we expect delivery for 2023, and increased funding around that, I think gives a good long runway to sporting organisations to follow through.”

Director of high performance and national governing bodies with Sport Ireland Paul McDermott, said they will look at the efforts made by each sporting organisation.

“We are not surprising anybody, we’re not going to jump out behind the bush and say you have to do this to get your money next year,” Mr McDermott said.

He said there is a “strong commitment” from organisations to ensure a better gender balance.

“There’s a lot of the sports are already there or pretty close to being there,” he added.

“The issue for some of them is the timeline, to maybe change the constitution or elections and AGM, so we’re constantly working with them.

“We’re not finding resistance to it as much as just practically it’s difficult.

“We are getting people moving, likewise, the diversity inclusion policy, it’s a timing thing to get them to move forward.

“The sports appreciate that.

“The last couple of years there has been more money coming in, they have been listening to government concerns, what our priorities are as well, and they’re working with us.

“I wouldn’t say anything has proven particularly challenging, it’s the timeline and getting them to move because within governing bodies, a lot of them are on that annual AGM, new presidents are coming in.

“We’re pretty happy with it.

“It’s not completely fixed by any means but we’re not meeting resistance.

“There are a couple of sports which don’t engage with us that much and they’re quite far behind.

“But most sports are making progress.

“They’re saying what their obstacles are.

“We want people to explain to us how they’re going to address it.

“The idea of financial penalties comes at the end of next year, it’s for the board at Sport Ireland to decide that.

“If a sport says, we’re just not engaging in this, we’re not involved, there’s going to be consequences for that.”

Chief executive of Sport Ireland Dr Una May said that the body is cognisant of the impact the pandemic has had on volunteer-based sports.

“We are seeing that improving and recovering.

“But it’s not back to pre-pandemic levels yet,” Dr May added.

“So we have to acknowledge that some of these smaller governing bodies struggle to fill their boards full stop, regardless of the balance.

“So we are very supportive of those kinds of governing bodies to help them to reach the levels that we’re looking for.

“It won’t be the same for everyone.

“Ultimately, we have the same target but our approach will be based on the needs and the capacity of each governing body to deliver on this.”