Plumbing with a difference

Alan Hayes receiving his award for Best Tradesman in Waterford

LET’S call a spade a spade, and a pipe a pipe – for a plumber to win an award for best tradesperson, they really must be something special. As tradespersons go, we can all agree that good plumbers are probably the hardest to find. However, in the WLR & Localheroes.ie Best of Waterford Awards 2022, which is voted by the public, Alan Hayes Plumbing and Heating beat them all to claim the top prize.

This week, Alan spoke to the Waterford News & Star about what drives him and what sets his business apart from the rest.

“The one thing that people always comment about me is that I’m very particular,” Alan said. “There’s no better feeling in the world than really wowing a customer and that’s definitely one of the things that drives me. In every job that I do, the hoover is actually one of my most important tools I have. The lads always laugh at me but every day at 3:30pm the hoovers come out of the van so we can clean the whole room top to bottom. Every day before we leave someone’s house, it has to be spick and span”.

Alan specialises in full bathroom renovations and that’s definitely what he has become known for in Waterford and around the South East. This can involve completely removing all components of the old bathroom – bath, sink, toilet, tiles, shower, piping etc and installing a brand new one, which is very often life changing for Alan’s customers.

“The bathroom is such an important space in the house as it’s where people have their alone time, and do most of their thinking!” Alan said. “It’s often overlooked but so many people tell me that they wanted to upgrade their bathroom because they were so sick of looking at the old one, with so many old facilities and pipes.” 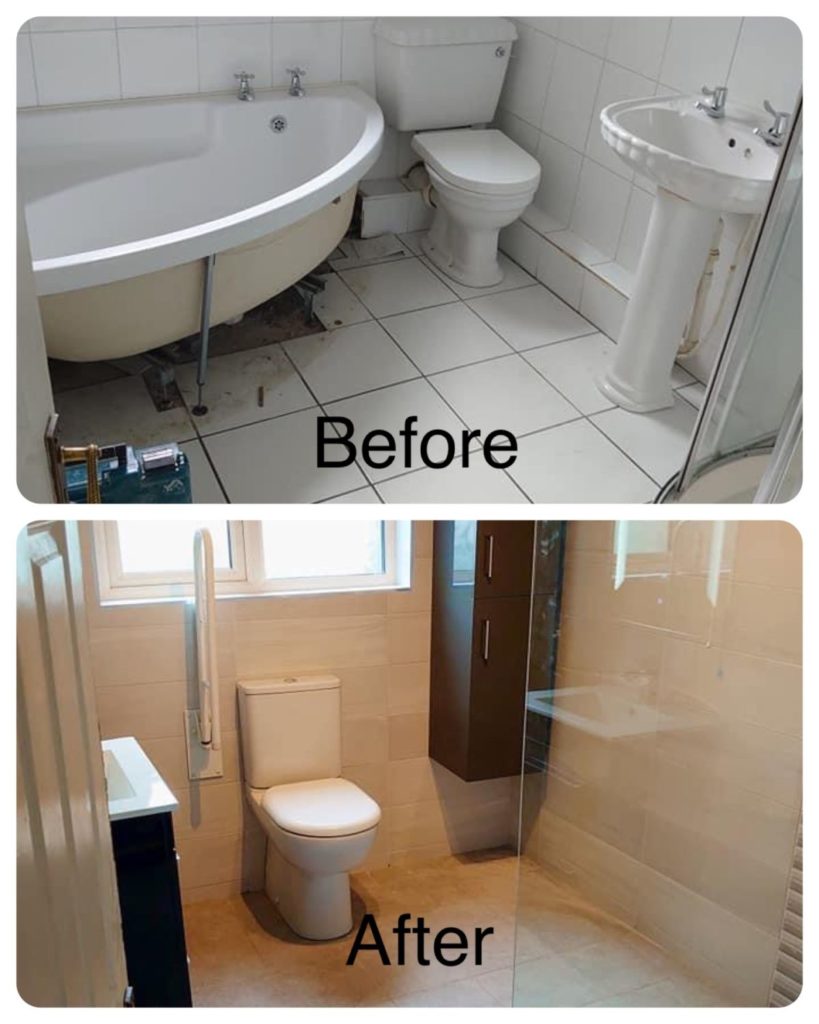 So many people in Waterford are living in houses that are over twenty and thirty years old and bathrooms are very often the first room to show their age.

“You can paint a kitchen or install new units etc but with a bathroom, you can do very little without some kind of plumbing knowledge so it’s usually why it’s the last room to get a facelift,” Alan said. “There have been so many advancements in bathrooms, toilets, sinks showers etc that more and more people are starting to see the benefits of upgrading.”

Three recent customers of Alan were delighted to talk to the Waterford News & Star and give him an honest and enthusiastic review.

“First and foremost, Alan and the lads are so efficient,” said Allison from Ferrybank. “They told me they were going to be here on a certain day and a certain time and true enough, that’s exactly when they arrived. The work was so clean as well. I never had to clean up after them and that’s the first time I’ve ever been able to say that about a tradesman. I was so sick of my old toilet bath and shower…I felt like it was taking up way too much room and am so happy that I decided to call Alan. He installed new shelves, radiators, shower, sink, tiles…he did everything and faster than I ever thought possible.”

Mary from Dungarvan hired Alan to renovate the upstairs and downstairs bathrooms.

“I couldn’t believe the job that Alan did,” Mary said. “Firstly, I didn’t even know that half the things he did were even possible. He moved a toilet to a completely new location, which gave the room so much more space, and even changed the lighting in the bathroom to suit the new colour scheme. I don’t mind telling you that my bathroom now looks like something out of a mansion…all I have to do now is get the rest of the house to match up to it!”

Margaret and Colin from Waterford City gave Alan the keys of their house before they went on holidays and came home to a brand new bathroom. 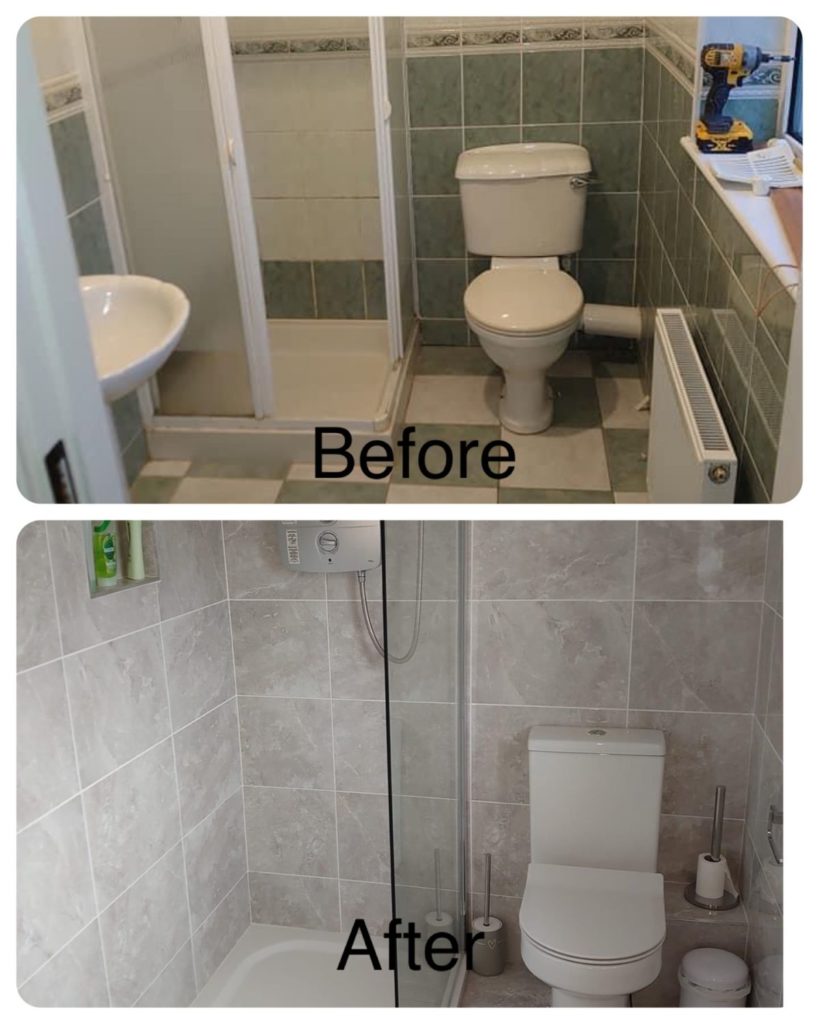 “We were recommended to Alan by a couple we know who had been on their holidays and left Alan and the guys work away on their home,” Colin said. “It’s nice to be able to trust people to not only look after your home, but also do a clean and professional job. He did an unbelievable job on our bathroom and we can’t recommended him enough.”

Alan says that bathroom makeovers are becoming so popular now that it’s almost like an “artform”.

“A lot of work goes into a bathroom makeover, but it’s absolutely worth it,” he said. “At the start of each renovation we install moisture slabs, re-strengthen partitions and put a cement board base on the floor. Everything has to be structurally sound underneath before we work on the new look. It’s actually the base materials that you don’t see when the job is finished that’s most important.”

Alan also provides a skip on every job and lays down adhesive protective floor coverings to ensure the cleanest possible job.

“Less stress and no mess!” he says.

To find out more about Alan and the work he does, check out his Facebook Page www.facebook.com/alanhayesplumbingandheating which has a full range of before and after bathroom photos as well as customer reviews and testimonials.

State of the European Union: Stronger Together