Mulligan resigns as councillor… to take up council position 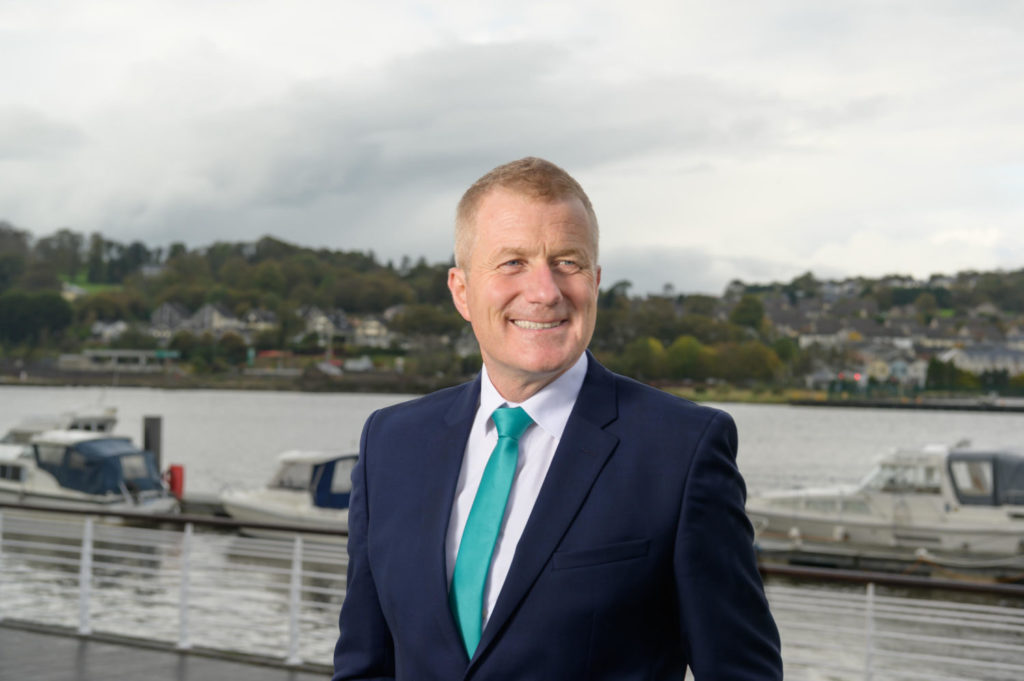 Eddie Mulligan has been a Councillor in the Waterford City East electoral area since 2014.

FIANNA Fáil Councillor Eddie Mulligan has officially resigned his seat from Waterford City & County Council to take up a position with the local authority as Waterford Local Community Safety Partnership Coordinator. As the position does not allow him to continue as a member of Waterford City & County Council, Mr Mulligan was required to tender his resignation letter, which he did at 5pm on Monday, (August 15). Speaking exclusively to the Waterford News & Star,  Eddie explained his decision, saying that it was the “hardest he’s ever had to make”.

“I became a councillor in 2014 because I saw first hand the challenges that people were going through as a result of the recession and I wanted to make a difference,” he said. “I’ve always been a proud Waterford man and I really think I have made a difference. This position became available and it made me take stock of everything I have achieved in politics to date, and everything I want to achieve in the future.”

The Local Community Safety Partnership is a pilot programme, rolled out as part of the Department of Justice’s new Community Safety Policy. There are two others in North Inner City Dublin and Longford, and the current coordinator of the Waterford partnership is Claire Loughnane, who has been in place since August 2021 and is now moving to another role within the council. Eddie says that when the position – which has only one year left in the contract – became available, he “ultimately found it impossible to turn down”.

“I was vice chair and chair of the Joint Policing Committee for the duration, including chair of the Steering Committee until the establishment of the Community Safety Partnership,” Eddie said. “It’s unfortunate that the position doesn’t allow me to continue as a councillor as I believe I could have done so, but it’s an important role and one that I am looking forward to. I believe that I have the skillset, contacts within the communities and huge experience from the Joint Policing Committee to ensure as coordinator that Waterford gets the best Community Safety Partnership possible into the future, should the Government decide that the pilot has been a success.”

When asked if taking on a one-year position was a gamble, Eddie said that it was one that was worth making.

“I’ve only ever wanted to fight for Waterford,” he said. “I’ve worked 70 hour weeks as a ‘part-time councillor’ and before the General Election I had records of meeting, and helping over 14,000 people. Unfortunately, that didn’t reflect in the results of the 2020 General Election so for me, the real gamble would have been going for that again and hoping that the people I helped would come out and support me this time.”

Eddie admits that the General Election result “took a lot out of him”.

“Not just me actually… it really affected my family too,” he said. “My daughter Erin saw how hurt I was by the result and made me a card to console me. It had a broken heart on it and I’m not ashamed to say that’s exactly how I felt. I make no apologies for saying that I get up at 6:30am every morning making submissions for the people of Waterford, returning emails from constituents, basically doing a full-time job for Waterford, for part time money. There comes a time when you have to ask yourself if you’re being a busy fool.

“Don’t get me wrong, I’ll never stop fighting for Waterford but I couldn’t risk the emotional and financial investment of another General Election campaign. This position in the Local Community Safety Partnership is another chance to make a meaningful difference in Waterford communities and there’s every chance the pilot will be successful and endorsed by government.”

When asked if he has any regrets from his time as a councillor, Eddie said that “everyone has regrets”.

“Maybe there are things I could have done differently but my biggest regret was definitely not being able to represent Waterford in Dublin,” he said. “That’s one area where we have struggled for the past decade or so and I know I would have been a brawler for the people of Waterford. That’s life though. I can’t look back now, I need to look forward at what positive contributions I can make in this new role.” 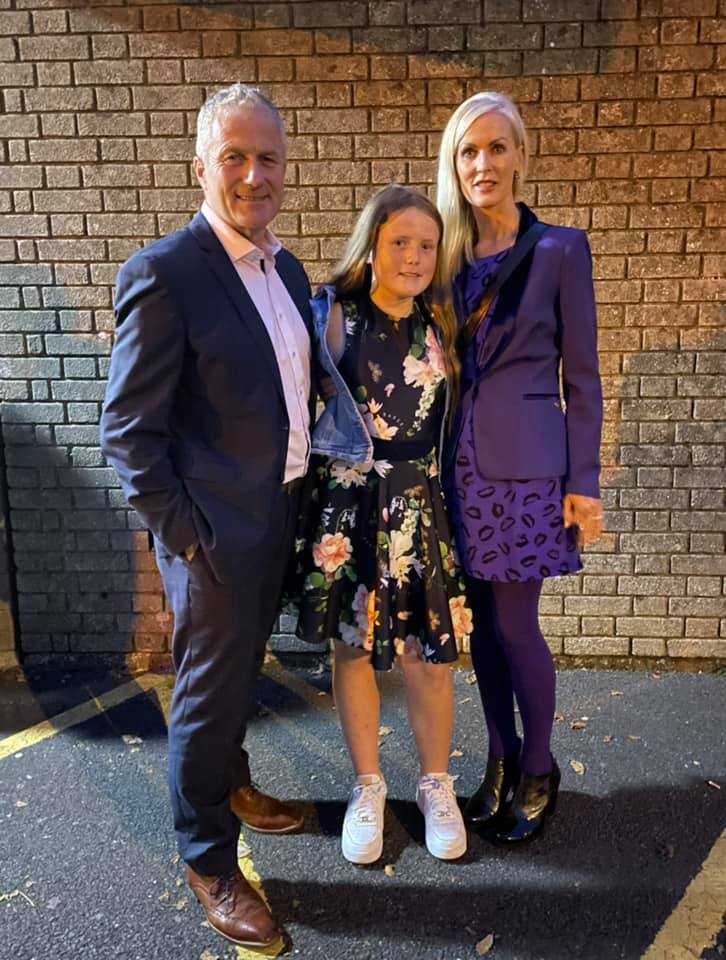 Eddie with his wife Dervla and daughter Erin

When asked who will be co-opted to replace him on the Council, Eddie said that the decision “had not been made yet”.

“I have approached some Fianna Fáil people locally whom I trust and admire,” he said. “Unfortunately, those people have said that politics is not for them, which I suppose goes some way to explaining how thankless the role of a politician is in today’s society. It’s genuinely hard to blame them for not wanting to put their head above the parapet because too many people’s first instinct is to attack.”

Eddie said that public reaction, especially to matters of his historical financial affairs, which came to light before the 2020 General Election had “nothing” to do with his decision.

“That was unfortunate, but that’s something I never have to be ashamed of,” he said. “I made the decision to keep as many people in jobs as possible. Maybe, if I was to go back in time knowing what I know now, I might have declared bankruptcy and avoided a lot of what followed but on the other hand, I know the type of person that I am and I know that I’d probably do the same thing again and fight to pay people and keep as many local jobs as possible.”

When asked if he’s worried about a public backlash, Eddie said that the thought “never entered his head”.

“I honestly didn’t think about that until you just said it,” he said. “Sometimes it feels like you can’t win in politics but I didn’t get into it to win, I got into it to make Waterford a better place to live and work,” he said. “In this role, I’ll really be able to make a difference in Waterford and I’ll still remain very active in the community. In fact, I’ve told all the constituents I’m currently engaged in helping, that I’ll continue to help them until their issues have been resolved. I have a conscience that seems to run my life. If people want to attack me for that then I can’t stop them.”

In addition to his new role with the Council, Eddie will continue working in the GAA, which he has been doing for the past number of years. He was coaching football in Laois before he received a call to help develop and select an under-14 Waterford Football squad. That’s what he’s doing now, in addition to helping out with De la Salle GAA and Erin’s Own Ladies Gaelic Football.

“During Covid, I was called back to full-time service as a Reservist for five months to help the pandemic effort – that really made me realise that I was able to combine council work and other endeavours that I find rewarding,” he said. “I’ve loved GAA all my life and I hope to continue to work with the up and coming talent in Waterford so that we can bring home Munster and All-Irelands in the coming years.”

When asked for his final words as a councillor, Eddie struggled.

“That’s a tough one,” he said. “Firstly I want to thank my wife Dervla and my daughter Erin for enduring the political life. They’ve had to put up with a lot and their input has certainly contributed to this decision as well. I want to thank everyone who supported me and voted for me as well as any councillors and council staff I have worked with since 2014. I am proud of everything I have achieved in local politics to date and I’m certainly not bowing out of community life. In fact, I think I’m going to be even more active and who knows what the future holds.”

Does it mean a return to politics in the future?

“I’m just focusing on my new role now and how I can help the people of Waterford through the Local Community Safety Partnership,” he said. “I’d never rule out any future role that sees me fighting for Waterford – political or otherwise.”