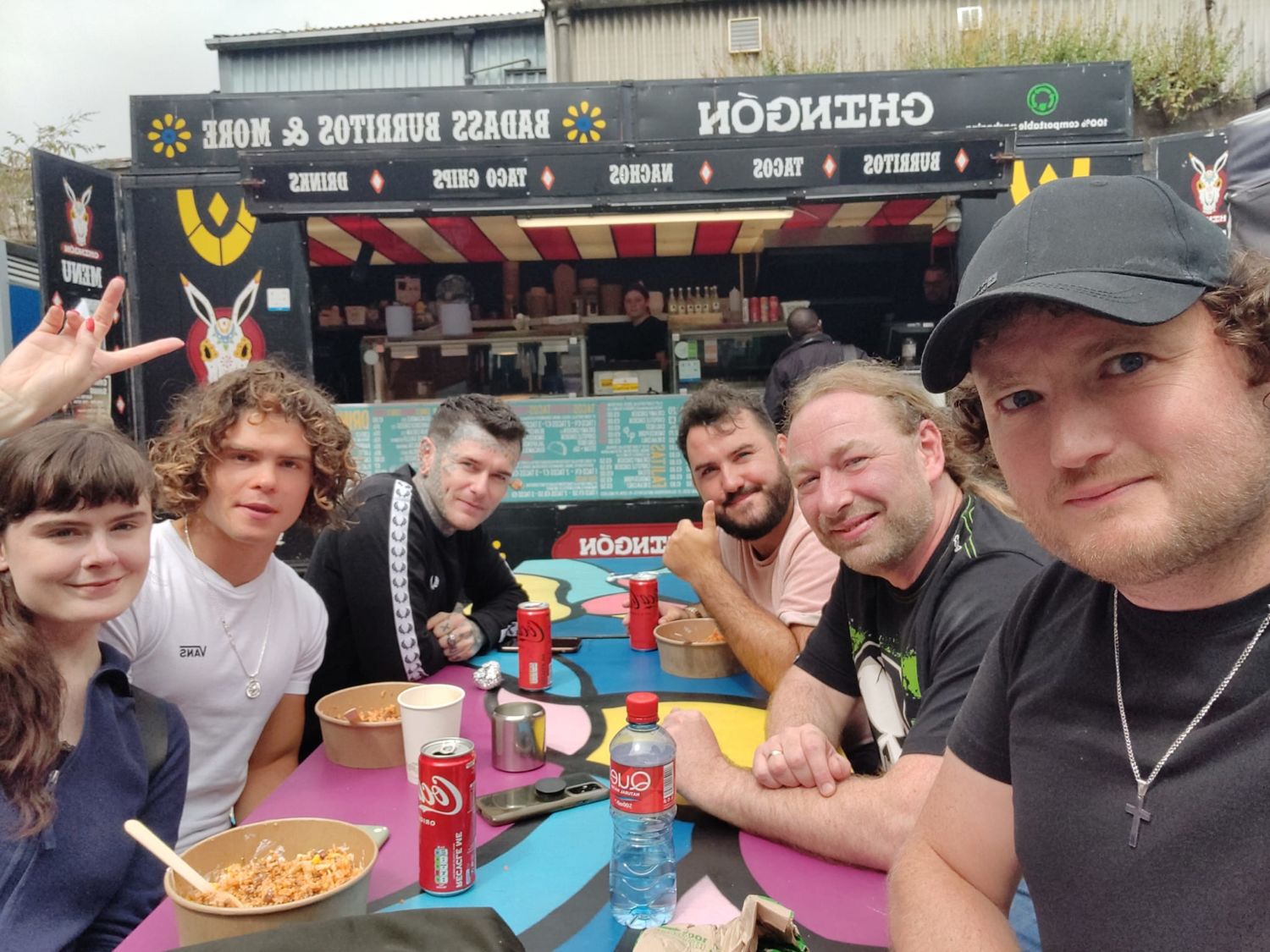 The cast of Keyboard Warriors at A Little Space on a break from rehearsal.

AN innovative and challenging Garter Lane initiative in theatre that began in 2017 still continues to run. It’s hosted by ‘A Little Room’, which is a dedicated Theatre Development Centre for Waterford. Its intention is to host monthly residencies and showings of theatrical works-in-progress. And there’s been some fine showcases of work by writers-in-residence here, in what used to be the old library a lifetime ago, where taking a book out on loan was an intimidating melodrama all of its own.

Author Luke Corcoran is a one-man industry of invention and his output is astonishing. Luke is an Irish Film Academy alum hailing from Dublin, Ireland. He was a skilled and accomplished MMA coach for many years before giving it all up to pursue his dream of becoming an actor.

Since then he has taken on many leading roles, including such short films as MacCumhaill and Desmond, where he played their respective eponymous roles. Like many actors, Luke brings a lot more to the table than simply performing. Luke has a real talent for screenwriting, and is the co-founder of the production company Wild Stag Productions, who are to screen their first short film, Follow the Dead, this Halloween.

Luke certainly brings a techie feel to his work that challenges the computer illiterate. Back in 2019, Luke produced his hilarious comedy “The Eight” at Central Arts where an Apple Virtual Assistant called Siri is central to an on-again-off-again bromance. The work he showcases today features two gamers that challenge for an All-Ireland title in a world that is limited to those in the know.

Luke’s synopsis is succinct: “Stevie (Cara Jade Chapman) has been training for this moment all her life. The final of the All Ireland E-sports Championship. Once she wins this she immediately gets to challenge for a place in the E-Olympics. Under the tutelage of her trainer Kai (Derek Flynn), it looks like nothing can stand in her way. Except her stuffy crypto-broker Dad, Frankie (Baz Black), the mysterious online-assassin J (Paul Fitzgerald) and Frankie’s bottomless bit credits throwing money at the problem of his daughter not having a ‘real job’. Stevie must also deal with an intimidating opponent played by local actor Ryan Murray. The plot revolves around Stevie’s attempts to overcome the mysterious e-assassin and her Dad’s prejudices by triumphing in the All Ireland final.

Tonight’s production is of a work in progress and a post-performance Q&A leads to some interesting observations and questions from the attendance. Writer Luke Corcoran is only too happy to comment on a work that may ultimately become a film script.

These “Little Room” workshop performances are not for everyone but I find them fascinating. It’s not often you get to experience the inner workings of a playwright’s mind and his thought-processes on his script and the issues that arise. Luke’s observations are focused, imaginative and clearly the result of all the hard work that goes into his writing.

I look forward to seeing the final version of “Keyboard Warriors”.