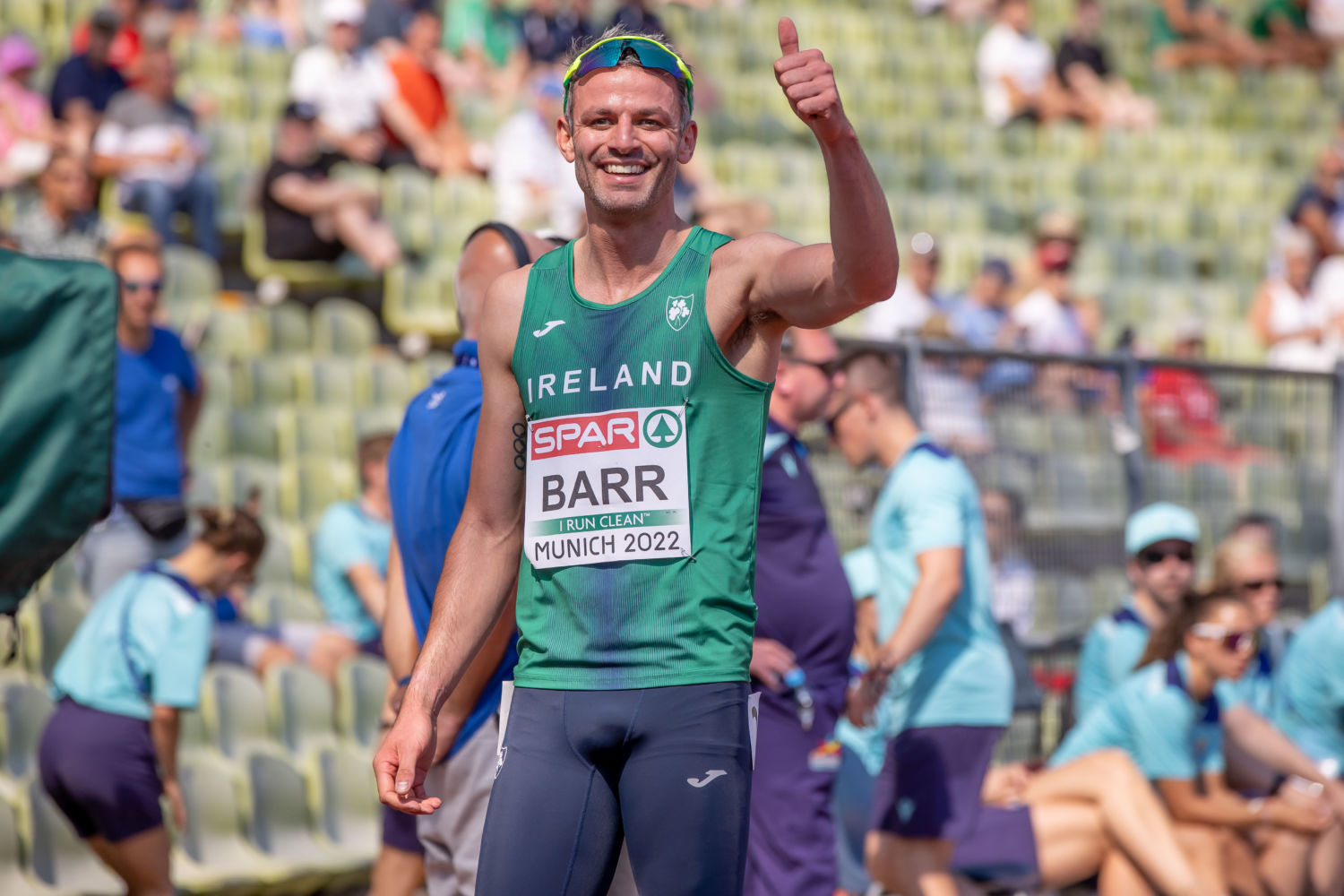 Thomas Barr celebrates winning his heat of the Men’s 400m hurdles at the 2022 European Championships in Munich today. Photos: Inpho.

Waterford’s Thomas Barr today eased through to the semi-finals of the 400m hurdles after winning his heat at the European Championships in Munich.

The Ferrybank AC man pulled well clear of the field in the opening half of the race, first over the hurdles throughout and maintained that clear advantage through to the final bend.

Barr’s time of 49.49secs was the fourth fastest of the four morning heats with the semi-finals set to take place on Thursday morning. France’s Victor Coroller clocked the quickest time of 49.35secs to win the opening heat.

“It was a lot faster than I thought it was going to have to be to get through,” said Barr, speaking to RTE Sport after the race.

“But not a bad thing, because what I wanted to do was get out real relaxed, real easy in the first half and then judge it from there.

“I got past the Dutch guy on my inside by hurdle five or six easily enough so I thought I could ease off the gas a little, but he started to come back at me on the home straight.

“So I had to work a little bit harder down the home straight than I would have liked, but I got the job done, first place, and hopefully a good lane for tomorrow.”

“I didn’t touch a hurdle, which is always a good sign…so it’s good that I’m coming out from what looked like having a very good, tidy race, but there is still areas I can work in, instead of coming out saying, I have a lot to do for tomorrow.

“I felt good and felt the gears and the rhythm coming back in training over the last few days, so yeah, I’m where I need to be, I suppose.

“I feel good and a lot more confident now than I did this time in Oregon. I know the faster rhythm over the hurdles and with the sprinting is there, where as in Oregon, I had to force it.

“It’s going to be a faster race, so I feel like I have to go for it. You never know which way a race is going to go, you can overcook it, undercook it, but I’m hoping I get it just right.”

The 400m Hurdles semi-finals begin at 10.25am Irish time in the morning (Thursday). 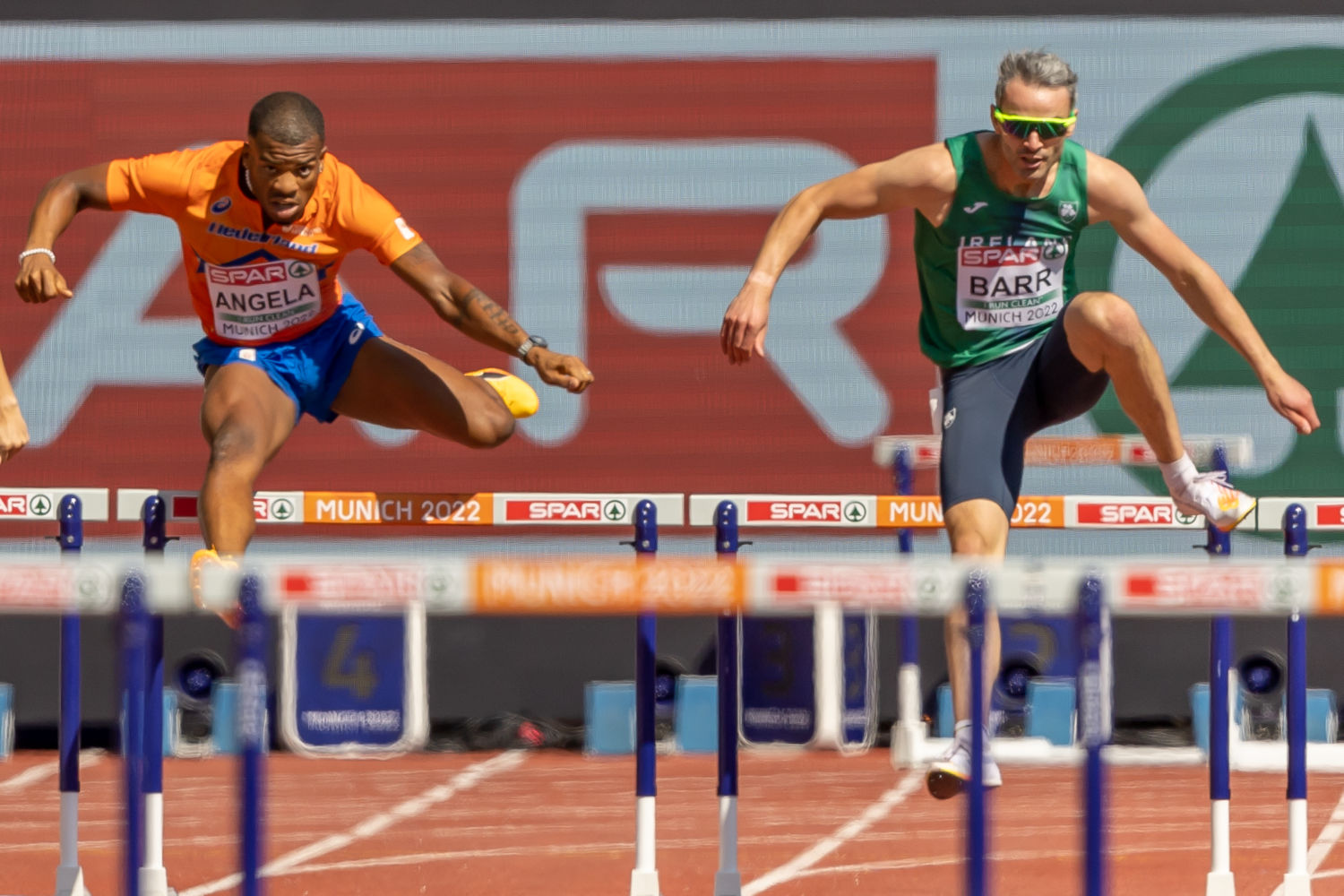